Next week marks one year since Chris Boardman, Olympic gold medallist and Greater Manchester’s cycling and walking commissioner, presented his potentially game-changing Made to Move report to MPs.

Six months later, at the end of June 2018, the city region’s combined authority approved his ambitious “Beelines” network – more than 1,000 miles of cycling and walking routes designed to revolutionise our transport habits, costing £1.5 billion over 10 years.

So what do we think of it so far? Not surprisingly, the huge project, including the provision of 75 miles of Dutch-style segregated bike lanes, was given an enthusiastic welcome by cyclists but greeted with profound scepticism by drivers.

Boardman wasn’t surprised but remains unfazed, still convinced and confident that he can change people’s behaviour. Why? “Because we have no choice,” he declares.

Britain is the fattest country in Western Europe according to the OECD, with obesity increasing faster than in any other developed nation, placing an unprecedented strain on the National Health Service.

Our polluted air contributes to roughly 40,000 premature deaths in the UK every year.  Greater Manchester has some of the worst life expectancy statistics in the country. Traffic jams are costing the economy £9 billion a year.

I caught the so-called cycling tsar after he’d visited the recently completed roadworks at Wigan’s busy Saddle junction, a key crossing point for local cycle routes and a step towards making no fewer than 1,400 crossings across Greater Manchester safe for cyclists using the Beelines, mainly mapped out on quieter roads. Eighty per cent of Greater Manchester’s roads are used by fewer than 6 cars a minute.

“I am most proud of the fact that I didn’t design any of this [the Beeline maps],” he says. “We left it all to the ten districts of Greater Manchester to come up with the routes that suited them best and consultations prompted 4,000 comments from the public.”

Boardman admits that the scheme faces a formidable “chicken and egg” situation; how to coax people out of their cars before the planned infrastructure works are evident and while most of the arterial roads into Manchester appear hostile to cyclists.

His mother Carol was killed in a cycle accident in 2016 after a collision with a car whose driver was later convicted of careless driving. When he launched his report he said: “Riding a bicycle or crossing a street shouldn’t require bravery, but after decades of prioritising the interests and needs of the motor car above all else, rectifying the situation in favour of people walking and riding short journeys will initially require enormous political courage.”

He is adamant: “People are worried about change, but more and more will embrace change as more and more local schemes are applied for an approved. All the evidence points to the fact that when you create space for cycling, people will use it. Since the Oxford Road corridor was developed in Manchester, cycle use has increased by 200 per cent. For decades everything we have built has been for people in cars. That has to change.

“Ask people what they like most about their favourite cities and no-one says ‘because there’s plenty of parking’.”

He added: “Take anyone from the UK and stand them by the side of the street in Copenhagen or the Netherlands and the proof is there that if the circumstances are right, people will journey by bike or on foot. The challenge for us is to move towards that position from our current situation where around 250 million car journeys of less than one kilometre are made per year in Greater Manchester – the equivalent of a 15 minute walk or a five minute bike ride.”

But Boardman doesn’t particularly like citing the Netherlands as an example of how the Beelines will work. He said: “Here in Greater Manchester we have to create our own examples. There’s a lot of big schemes in the works and there will be some short term pain, but all the evidence says this is the future.

“If we can change something as big as a city region and prove that it works, you have to believe the rest of the country will follow.” 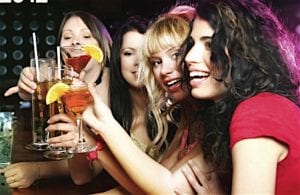 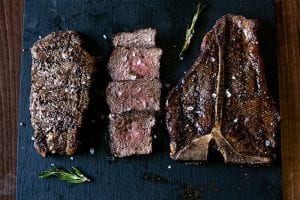 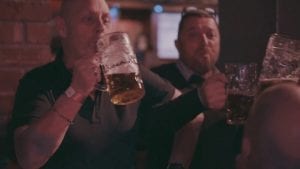