England are through to the 2019 Rugby Union World Cup Final. They beat tournament favourites New Zealand on Saturday and will play South Africa in the final.

It’s the first time England have been in the final since 2007 when the Springboks beat them 15-6 to win the trophy.

And it’s the first time South Africa have been in the final since 2009 when Matt Damon led them to victory against New Zealand in the film Invictus.

The final in Yokohama begins at 6pm local time on Saturday 2nd November  – that’s 9am our time. Probably not the best time to watch the game but some people get up in the middle of the night to watch a big fight so it could be worse.

If you want to watch the game in the company of others with a pint in your hand rather than in your PJs on the sofa with a brew, here’s where you can do it.

And may the best team win – as long as it’s England.

United fan? Why not make a day of it?  The Bournemouth match is on BT at 12.30. If you ask nicely they might let you watch that too. 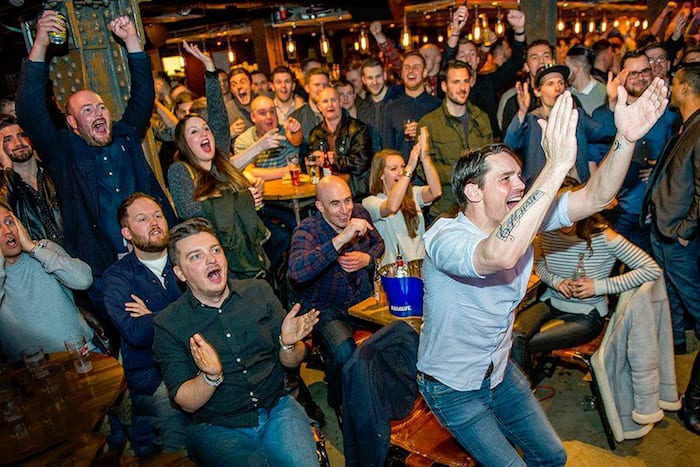 One of the best places to watch live sport in Manchester – the best according to Sky Sports and Carling. 11 screens, good food and you can book a booth or table. What more do you want? 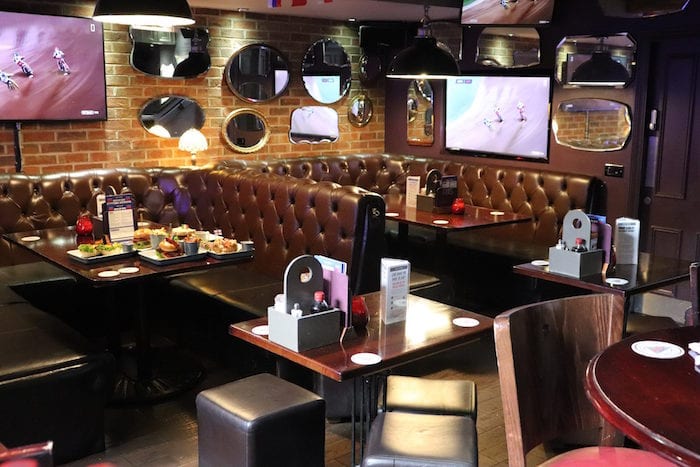 The popular hotel on First Street is showing the final from 8.30am live in the Street on 1st  bar and serving breakfast too.

They are showing the game on all televisions, two projectors and a 4m LED screen along with live commentary. And they’ll be serving a special Bierkeller breakfast. Book a table to guarantee entry to the venue.

Open at 8am. Two large screens, one small screen, two full English for £10.

Open for £15 bucket of beers (five beers) and a free bacon sandwich. And the rugby, of course.

They’re serving up a bottomless brunch to celebrate England reaching the Rugby World Cup Final. That’s unlimited prosecco and Amstel till the game ends, with bacon and sausage butties. £25 per person.

Open at 9am for hot drinks and breakfast, main bar opens at 10am.

Prefer to watch the game in a cinema? Vue Manchester Printworks are screening the game and it’s FREE but tickets are limited and it’s strictly first come first served.