Wahaca: What’s All The Fuss About? 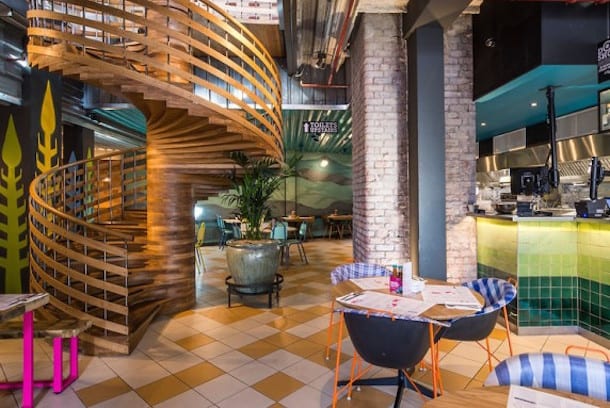 Wahaca Manchester is causing a bit of a stir. It has topped TripAdvisor’s list of Manchester’s best restaurants and has ruffled some overly sensitive feathers in the process, garnering 152 reviews heaping praise on the fledgling operation – no mean feat given that it’s not yet officially open. Simon Binns went along to find out what all the fuss is about…

“Is it really
that good?
Or is it the
result of some
carefully
managed PR?”

There might even be more. It’s all just so…dizzying. A dozen new openings in 31 days.

The latest is Wahaca. I went last night. First visit.

‘We have been waiting for ages for Wahaca to open in Manchester and we weren’t disappointed,’ says one TripAdvisor review. ‘I have been raving about it for years, so thank you for not letting me down, was fab!’ says another. ‘I have been twice since it opened just a few weeks ago and I can’t wait to visit again,’ it goes on.

‘The menu was uninspiring and expensive for what it is. There are better menus at places like El Capo or Lust, Liquor and Burn,’ said another, Ah well, you can’t win ‘em all.

Impressive, especially given it still has a team of staff finding their feet and their way around a BIG menu. 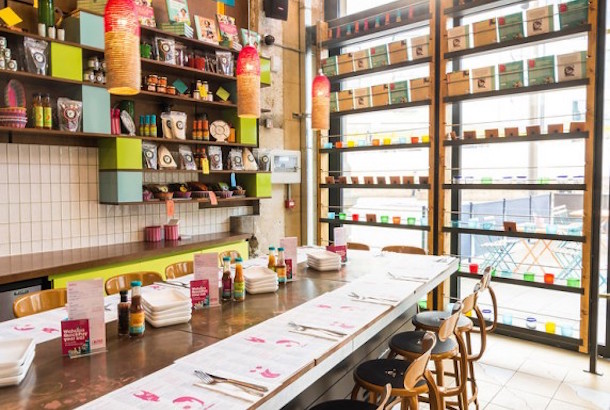 Is it really that good? Or is it the result of some carefully managed PR? Or are people just so thrilled that the Mexican street food brand is here that they feel compelled to tell the world about it?

Whichever, the reality is that Wahaca is probably going to be viewed as the flagship signing in the new-look Corn Exchange. It’s the brand with the most pull and the biggest level of expectation surrounding it.

The good news is that it’s a fun place. The food is pretty good – although Luck, Lust, Liquor and Burn probably has the edge – but it’s a great place to spend a few hours trying out tequilas and sharing a load of slam plates.

Wahaca owner Thomasina Miers was unexpectedly on the floor last night, keen to meet the locals and see what people thought.

Manchester, she said, was the scariest of all the new openings for the brands – they’ve just done Cardiff and Liverpool is next – because the competition in Manchester is so fierce and the local crowd are so knowledgeable.

Platitudes are all very well and good, of course, but she’s probably right, and you could feel the press night anxiety. Wahaca doing well in Manchester matters to Miers – and it will matter to the owners of the Corn Exchange, too.

The TripAdvisor cynics will continue to carp, but if Wahaca takes the top spot and draws people to the city centre, rather than an unknown takeaway in a bizarre suburb, it’s not a bad advert for the city.

You’d rather see an indie there than a chain, but Wahaca showed enough promise on first visit to suggest it can weave itself into the fabric of the city in the way that, say, Hawksmoor has.

Wahaca might not be a game changer of an opening, but it is significant. As is the fact that Miers turned up in person. Exchange Square – tram works aside – has a gentle buzz about it. And after years of trying and failing, the Corn Exchange might finally have found its place, too.