Manchester’s reputation as an LGBT-friendly city was enhanced in May when Carl Austin-Behan became the city’s first openly gay mayor, as well as the youngest ever person to perform this role.

Jakeb Arturio Braden, executive producer of LGBTv Manchester, was one of the first people to interview him.  Carl told him that he decided to get involved in local politics when he was living in the city centre and got fed up of things not being done – “things like people parking in cycle lanes and bins not being emptied.” So he decided to do something about it himself.

“Plenty of people are happy to moan about things but don’t want to get anything done. But if you get off your backside and do something, it makes a difference.”

In the interview, he explained the difference between his role as Mayor of Manchester and the new role of Mayor of Greater Manchester, and about how he wants to promote the LGB&T community.

He is proud of the equality agenda that Manchester has actively pursued over the years. He is comfortable with heterosexual people coming into the Village and would like to see more done to welcome transgender people.

He wants to raise awareness about HIV testing which he believes is an important issue for everyone, not just the LGB&T community,  and answered questions about safety concerns in the Village following a recent spate of deaths.  He believes the Village Angels are doing “a brilliant job”  in helping the community feel safe.

He also expressed his pride in the way the community responded to the Orlando tragedy.

“The way that the community came together was outstanding. What would normally take six months to prepare was done in six hours.” 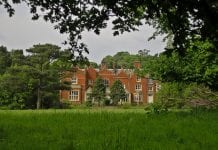 Murder on the Orient Express’s connection to a 19th Century mansion in Che... 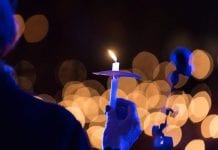 Lord Mayor to launch AXM Foundation – a charity in memory of Gay Village i...