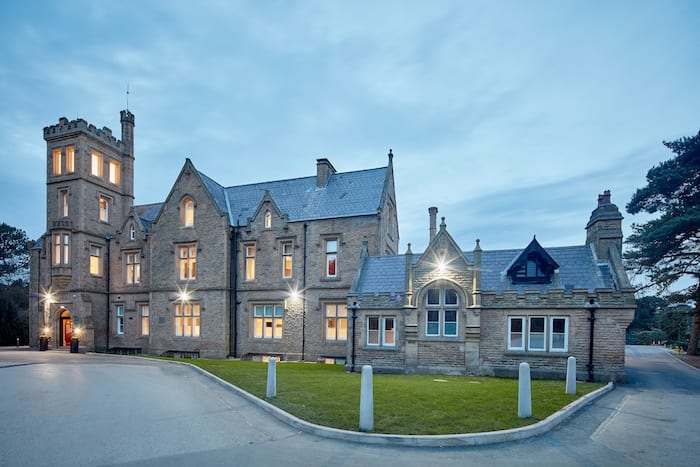 This week sees the opening of Oddfellows On The Park, a 22-bedroom boutique hotel set in 120 acres of mature parkland, following a fifteen month restoration of Bruntwood Hall in Cheadle.

Built in 1861, this beautiful Victorian mansion was originally a home for merchant John Douglas and his wife. It was extended in 1892 to become the hall as it stands today and has had multiple uses including a major equestrian stud farm, a town hall during the second world war, as well as home to a film company.

The sympathetic restoration preserves the original architectural features with inspiration derived from the building’s Victorian gothic roots and history with the owner’s own signature twist.

Research into the history of the building, the location, and the previous inhabitants of Bruntwood Hall was undertaken by architect Tim Groom in order to incorporate them within the new design. 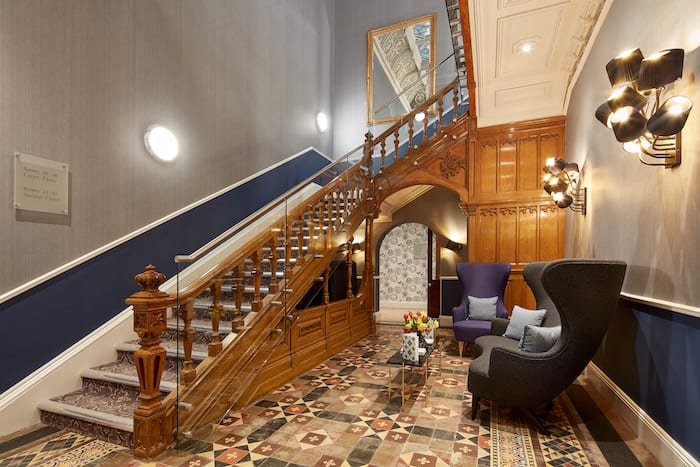 “The building is Gothic Revival and is in superb condition—it was always our intention to let the style show itself off,” says Tim.

Some quirky individual features have been added by interior designers SpaceInvaders where everything is odd for a reason and has a story behind it that relates back to the building and its occupants over the years – like the bike chain chandelier that lights up the grand staircase and is inspired by the Bruntwood Park BMX track. 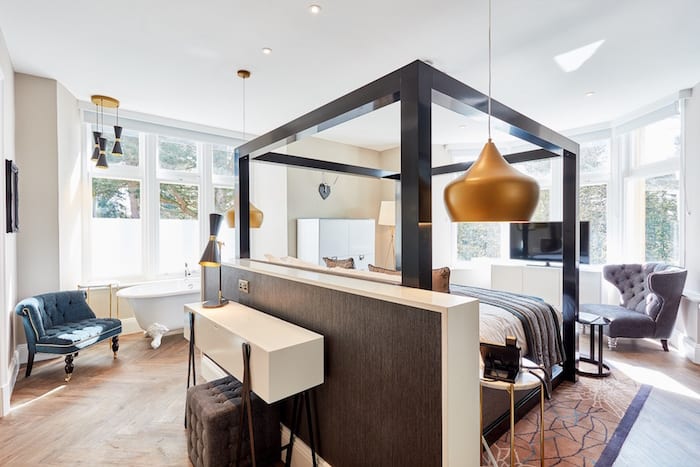 There are 22 individually designed bedrooms, many of them in the original Victorian dimensions of the hall with rooms ranging from the Bridle Suite set over three floors in the hall’s atmospheric tower, to Playground Suites, Club Rooms and entry-level Park Rooms. All of them enjoy views of Bruntwood Park’s 120 acres of beautiful woodland. 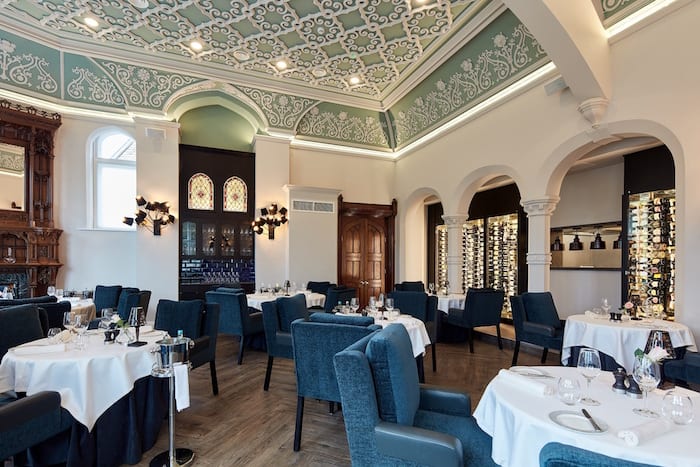 The Galloping Major restaurant sits within Bruntwood Hall’s original ballroom and is named after one of the hall’s previous occupants.

The Stud Room Bar, Parlor Bar and Parlor Rooms and terrace make up the other reception spaces on the ground floor. The Parlor Bar and Rooms can be used as public spaces but can also host private events, meetings, dinners and weddings.

The Pigsty is an Oddfellows first – a salon de beauté complete with mud room where guests can slap the detoxifying mud on each other and have their trotters polished. 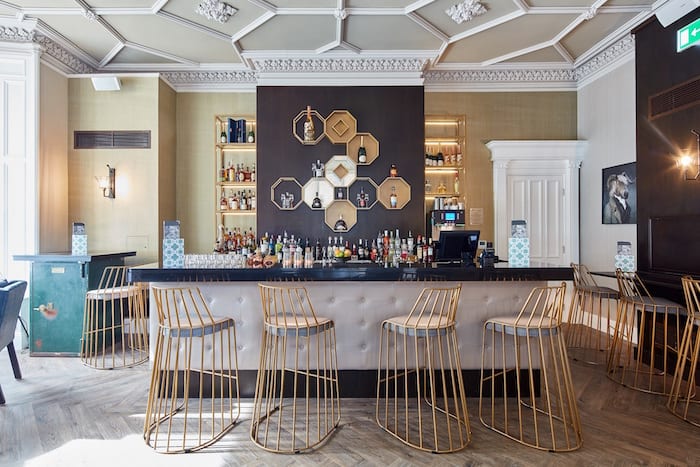 The restaurant will be headed up by chef Ian Moss who joins the hotel from Ribble Valley Inns and Northcote. Ian has also previously worked under the tutelage of Marcus Wareing at Petrus and Brett Graham at The Ledbury. He promises an engaging menu that focuses on British ingredients and seasonality that should complement the region’s already excellent restaurant scene.

“It has been a wonderfully creative and challenging journey transforming and restoring Bruntwood Hall into the hotel it is today,” says Oddfellows Hotels owner Jonathan Slater.

“It was a priority for us to retain the charm of the building in all its original glory – with a distinct nod to the building’s history and its position within the park. We look forward to sharing our wonderful hotel with the guests that will make it come to life again.”

The hotel will bring over 50 new jobs to the local area and be open to non-residents for coffees, food and drink, and attend hotel events.
www.oddfellowsonthepark.com