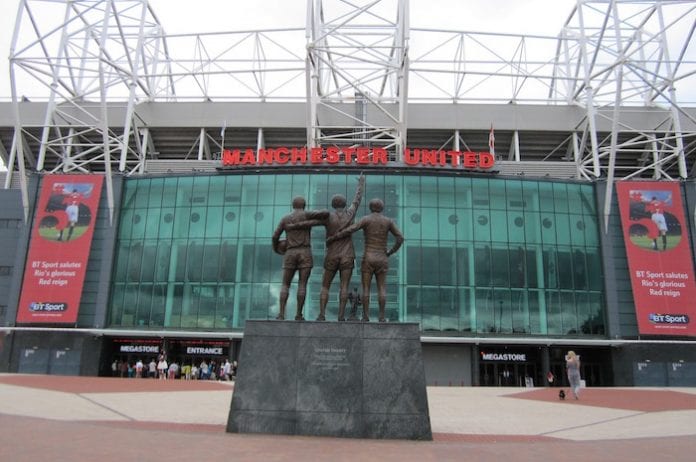 Manchester United may only have finished sixth in the Premier League this season but, according to a new report by KPMG, there’s one league they are top of – that of Europe’s most valuable clubs.

English Premier League clubs dominate the ranking, accounting for approximately 40 percent of the aggregate value. Manchester City are fifth, a place below Bayern Munich, with a value of £1.78bn.

“The aggregate value of Europe’s 32 leading football clubs suggests that the overall value of football, as an industry, has grown,” said Andrea Sartori, the report’s author. “While this is partially explained by football’s broadcasting boom, the internationalisation of the clubs’ commercial operations, their investment into privately-owned and modern facilities, and overall more sustainable management practices, are also key reasons for this growth.”

The report is based on an analysis of publicly available financial and non-financial information of the 2014/15 and 2015/16 football seasons for the most prominent 32 football clubs. It does not include the business and sporting results achieved by each club in the 2016/17 season.