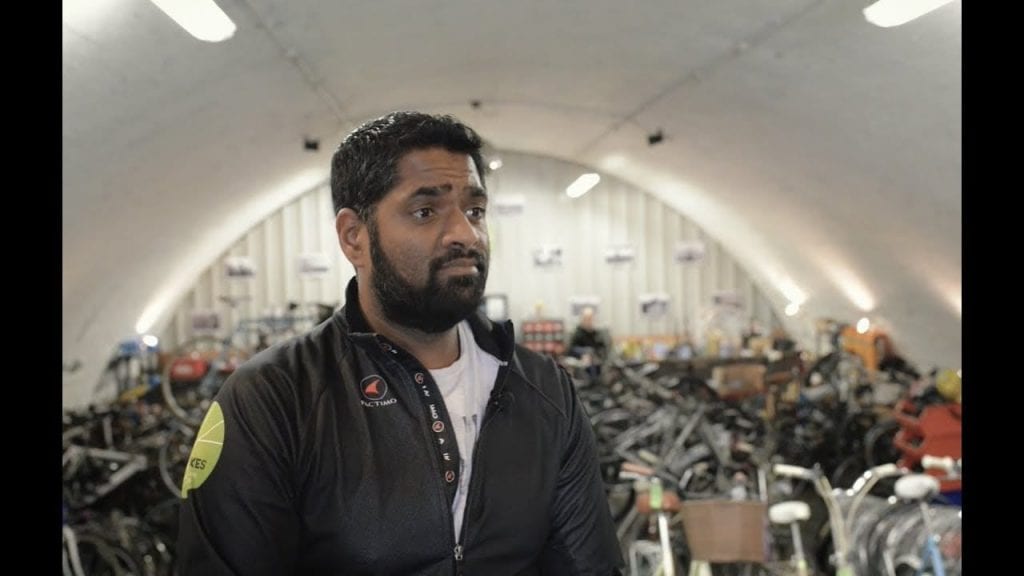 A little gem tucked away in the archways near the Green Quarter, Popup Bikes started six years ago as a secure place where people could leave their bikes.

But in true northern fashion, founder Dipak Patel decided to welcome his customers with a cup of tea – and that’s how he got the idea of a bike café.

The generous space underneath the archways – three times the size he was initially looking for – allowed him to split the place in two – a cosy area where people can enjoy coffee and a toastie, and a bike repair shop where the boys fix and sell bikes. Connecting them, a ramp they use to test the bikes.

Dipak’s brother Prakash, who manages the shop, says the location had to be bicycle-friendly. The archway space fits the criteria. 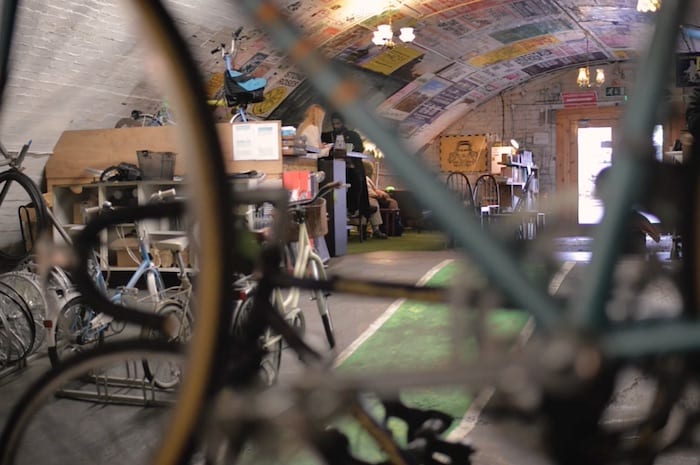 “We’re about five minutes away from Victoria Station which makes us really accessible for our customers. There is also plenty of free parking nearby.”

Dipak believes the government’s cycle-to-work scheme has played a vital part in the growth of cycling in Manchester.

“That gave people the access to a decent bike to be able to commute. Also, because of the economy, a lot of people have been moving away from cars, traffic has been getting worse, and people are more environmentally conscious.”

Popup Bikes is proud to be a community bike shop. But it hasn’t always been plain sailing. The biggest challenge they face is getting their name out there while competing with bigger, more established businesses.

“It is a little bit difficult for independent bike shops to compete with places like Halford’s who have millions to spend on advertising,” says Dipak. 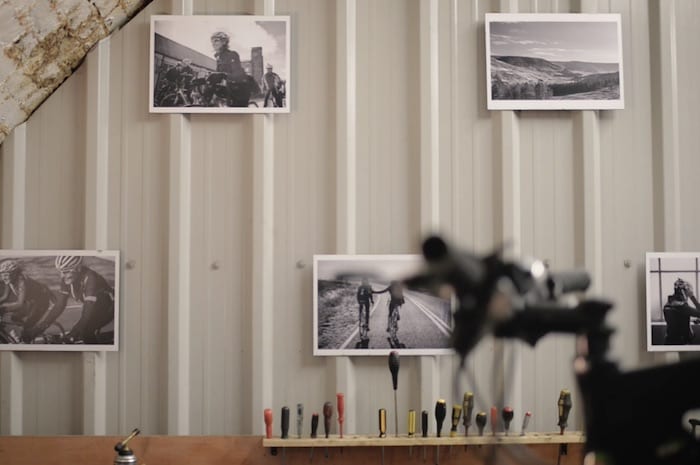 “What we want to do is be a bit of an example to say that you can start a business on a shoestring and you can grow with just community. You don’t have to have a marketing strategy, you don’t have to bombard people with advertising, or lie to people or charge extortionate prices.

“I think we can be a successful example of how we can do business in an ethical way and encourage other people to do the same thing.”

However, since the credit crunch he has noticed people have become more inclined to get behind local start-ups.

“It’s kind of a two-sided coin because we’re competing with bigger and established businesses, but at the same time having that grass roots support from the community.

“So, for example, with Runaway Brewery. Their customers would rather buy their beer than go and buy Stella Artois.” 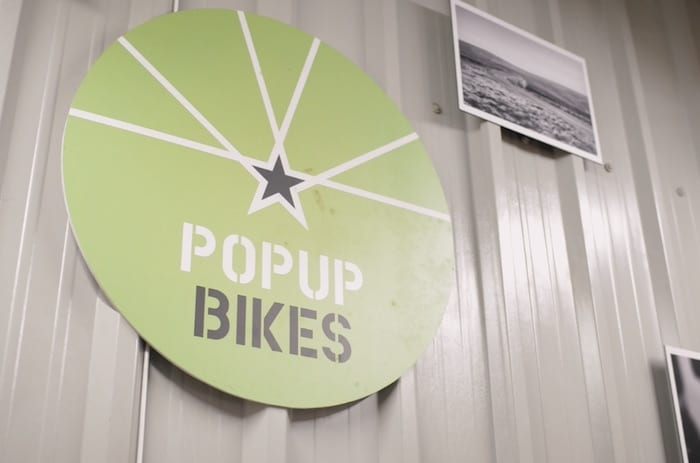 He believes promoting grassroots businesses is the way to ensure healthy competition while offering customers more options to choose from.

“I think our greatest achievement is that we’ve realised that we’re actually able to build a business on real support and how people are choosing to spend their money.

“I hope we can be a successful example of how we can do business in an ethical way and encourage other people to do the same thing so for example and customers too.”

The Patel brothers were born two miles up the road from their business in the archways. Having to move to a different location with higher costs could have serious consequences for the business.

“This is just outside the central zone, so the cost reflects that in terms of the rent and  things like business rates. Being based here makes us able to provide really good service for a reasonable price for our customers and we’d be a bit concerned about losing that.”

Although he believes independent businesses are what makes Manchester so unique, Prakash vehemently argues that doesn’t mean they can rest on their laurels: “We need to provide fantastic service for our customers. Reputation is everything.”

That means hard work and long hours. But the satisfaction they get when people leave  great reviews online makes it all worthwhile.