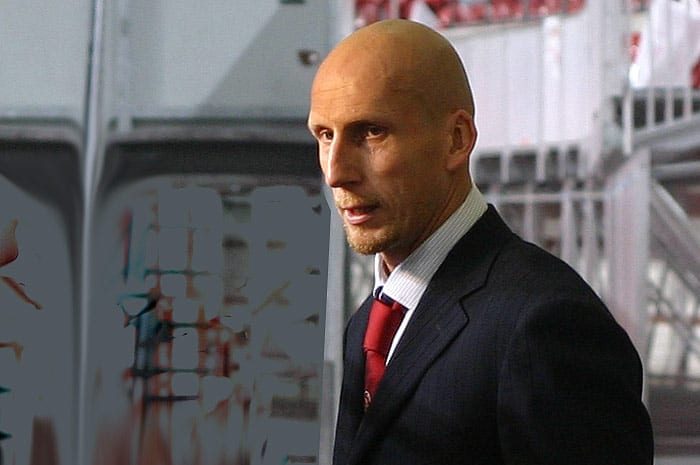 Two of the greatest – and most popular – footballers to play for Manchester United in the modern era are guaranteed a huge welcome when they return to Old Trafford this summer.

Jaap Stam and Edwin van der Sar have signed up to play for the Soccer Aid World XI against England in aid of Soccer Aid for Unicef in June.

Despite making only 79 appearances for the Reds, Stam made a huge impression and is still a big fans’ favourite.

He is fondly remembered for his outstanding performances at the heart of the United defence and is regarded as one of United’s greatest ever defenders.

Stam spent three seasons at Old Trafford, during which time United won three Premier League titles, one FA Cup, the Intercontinental Cup and the Champions League. He won the UEFA Defender of the Year award in 1999 and 2000.

He received a hero’s welcome when he returned to Old Trafford last season for an FA Cup tie as manager of Reading.

He will be playing in front of another big Dutchman and firm fans’ favourite – former United goalkeeper Edwin van der Sar. 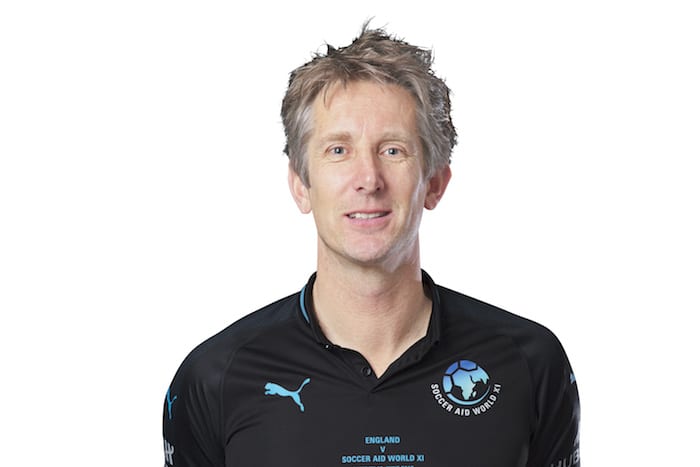 Van der Sar enjoyed spells with Ajax, Juventus and Fulham before a move to Old Trafford in 2005.

He played 186 times for United between 2005 and 2011 and is considered one of United’s greatest ever goalkeepers.

He won four Premier Leagues, a UEFA Champions League and a League Cup and is remembered for some outstanding performances, most memorably the save from Nicolas Anelka in a penalty shoot-out which clinched the 2008 Champions League.

All public donations to Soccer Aid for Unicef will be doubled by the UK government, up to a total of £5 million, and will go towards supporting the vital work protecting children around the world. So far, £24 million has already been raised through Soccer Aid over the last 12 years.

The game will be broadcast live on ITV. Kick-off is scheduled for 8pm.

Ticket prices range from £20 to £50 for adults, with under 16s priced at £10 and over 65s half price on all seats. Hospitality packages also available. Proceeds raised through ticket sales will not be Aid Matched. Call 0161 444 2018 (calls will be charged at your local rate) or buy online.