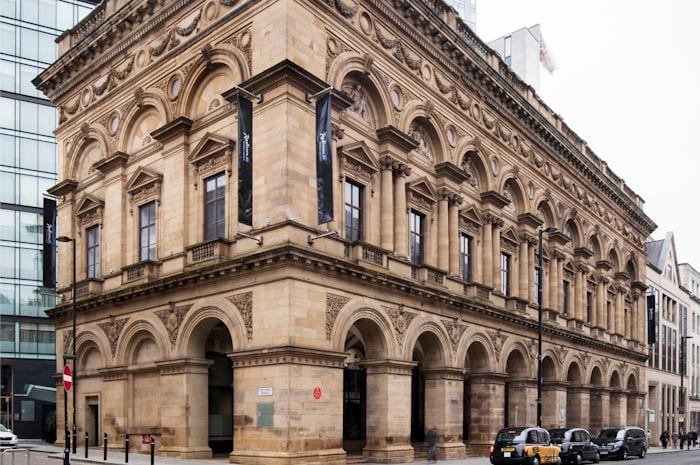 Manchester has a history of protest and progress – from political marches and The Anti-Corn Law League to the suffragettes and graphene.

They were chosen by historian David Olusoga following hundreds of public nominations.

The site of where The Free Trade Hall (now the Radisson Blu hotel) stands on Peter Street is where The Peterloo Massacre took place in August 1819 when dozens of peaceful protesters were killed and hundreds injured as they gathered in the area known as St Peter’s Fields to hear the orator Henry Hunt speak at a rally for political reform.

Despite the peaceful nature of the protest, the authorities panicked and sent armed guards to disperse the crowd, leading to panic and trampling in which at least 14 people died , whilst more than 650 were injured.

The tragic events of Peterloo were received with great public sympathy at the time – but also marked a key moment in the history of democracy, as the peaceful protesters gained the moral high ground. Manchester’s stand for political reform contributed significantly to more inclusive legislation, with three Reform Acts introduced in 1832, 1867 and 1884.

The events of The Peterloo Massacre prompted eyewitness John Edward Taylor, a 28-year-old Manchester businessman to start his own paper and campaign for reform. This was the Manchester Guardian, now known as The Guardian.

The second location is Ernest Rutherford’s former physics laboratory – now The Rutherford Building at The University of Manchester on Oxford Road.

It housed Ernest Rutherford’s former physics laboratory at the University of Manchester. It was here that he discovered the structure of the atom in 1911. The discovery that the mass of an atom is concentrated in its nucleus, a particle 1,000 times smaller than the atom itself, with orbiting electrons making up rest of the atom, paved the way for splitting of the atom in 1917. For this, Rutherford is known as the “father of nuclear physics”.

Rutherford was aware of what his investigations could mean for society. In 1916 he publicly stated that he hoped mankind wouldn’t work out how to extract the energy from the nucleus until “man was living at peace with his neighbour”.

His experiments with nuclear reaction of course changed the world forever, beginning the move towards nuclear power and the atomic bombs that devastated Hiroshima and Nagasaki in World War Two. But his work also allowed us to develop cancer-fighting radiotherapy.

Rutherford’s contribution to science was so significant that he became president of the prestigious Royal Society and following his death in 1937, he was buried in Westminster Abbey near the tomb of Sir Isaac Newton. He even had an element named after him – Rutherfordium.

According again to David Olusoga, this building just off Oxford Road marks a “critically important site in the creation of the nuclear age, in which we still live.”

“Every place chosen in this category has a fascinating story to tell about the history of power, protest and progress,” said Historic England chief executive Duncan Wilson.

“Throughout this campaign we have been trying to uncover lesser known stories, as well as to delve more deeply into the history of some well-known places. The ten in this category show that there is still so much to learn about our nation’s past.”