“Two Frigid Bishops, a Badgers Wang and a Farting Dog For the Wife Please” 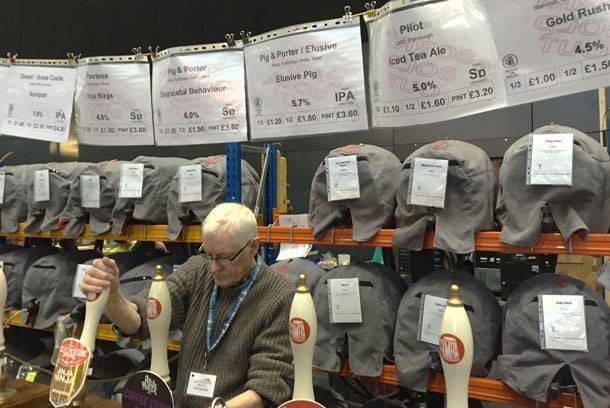 With a foolhardy, lottery-style approach to tasting beers pre-planned in his mind, Mark Jorgensen went along to the Manchester Beer & Cider Festival 2016 with the sole intention of finding some of the more weird and wonderfully-named brews available.

Few things give me a little pang of national pride more than our reputation as hardened boozers. Whether you’re good or bad at it, drinking is something of a British institution.

“Much as I love
beer and ale, I’m
a bit of a philistine
and tend to pick
craft beers the
same way I pick
racehorses – the
name…”

Large scale commercial manufacturing, chains and the general dastardly economy (I know literally nothing about any of those things but it sounds vaguely right) are just some of the contributing factors to an environment in which approximately 30 pubs are closing each week in the UK.

CAMRA, the Campaign For Real Ale, was established right here in the North West in 1971, aiming to “promote real ale and pubs, as well as acting as the consumer’s champion in relation to the UK and European beer and drinks industry.” Their annual beer and cider festival is a wonderful, boozy celebration of exactly that.

In what is a significant step up in scale, this year sees them trade the Velodrome for Manchester Central, bringing 471 British ales, 45 ciders, 15 perries to town. Oh, and 160 other beers from around the world to make up the numbers. And an anticipated 13,000 visitors.

Much as I love beer and ale, I’m a bit of a philistine and tend to pick craft beers the same way I pick racehorses – the name. So aside from the wonderful array of drinks and merry attendees, this was one particular additional highlight for me. The variety of bizarre, kooky and sometimes downright worrying names creates a uniquely amusing environment for an earwigger such as myself. 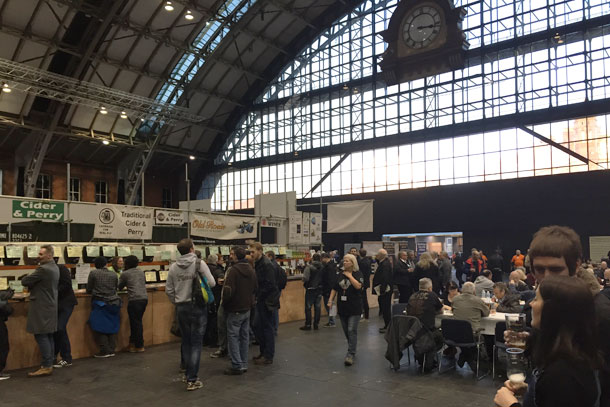 I walked over to greet Simon Binns from the Manchester Evening News at the precise moment he was saying, “Can I taste a bit of that Dead Man’s Hand please?” which sounds more like an excerpt from a serial killer’s memoirs than a polite request at an afternoon drinks festival.

There are very few places in the world you could hear someone nonchalantly say, “Tell you what, I’ll go for two Frigid Bishops, a Badgers Wang and a Farting Dog for the wife please”.

So without further ado, here are my not-coveted-in-the-slightest Manchester Beer & Cider Festival Awards for 2016*:

Most Galling to Drink: Elusive Pig

Best Emo Beer Name: Dead In A Sea of Mediocrity

*Please note that these selections are based on zero knowledge or insight whatsoever.

Whether you’re an enthusiast or a keen amateur, the Manchester Beer & Cider Festival is a great day out. For more information, visit mancbeerfest.uk