Till now, that is. 450 tonnes of sand is being brought in to the former Granada Studios site to create a mini Brazilian-style beach soccer stadium for the World Cup called Fever Pitch. And now we’ve got a Caribbean restaurant, too – Turtle Bay.

“now that Manchester’s got a beach… you could say it’s got the lot.”

So now that Manchester’s got a beach (albeit a temporary one) and a Caribbean restaurant, you could say it’s got the lot. For the duration of the World Cup, at least.

Turtle Bay is on Oxford Street in the old Alibi bar. The street is now being redeveloped and is officially called the Oxford Road Corridor- ” a knowledge powerhouse, full of exciting world-leading research, pioneering clinical trials and cutting-edge medical procedures.” Microchips with everything. But it’s still got lots of bars, pubs and takeaways which cater for the needs of the billions of students who frequent this part of Manchester. 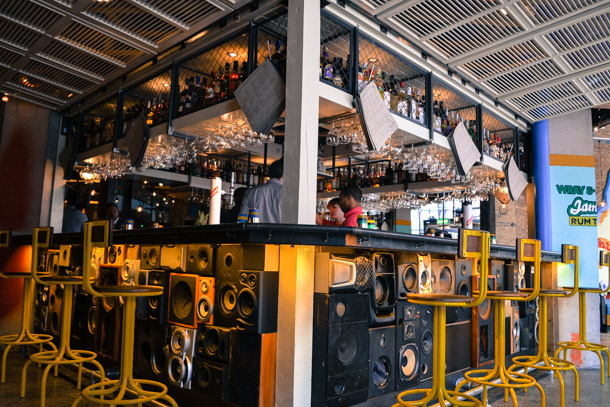 Turtle Bay comes to you courtesy of Ajith Jayawickrema, the man behind Las Iguanas. Aside from a few Caribbean takeaways dotted about, Turtle Bay is the city’s first actual restaurant of its kind in Manchester. With 250 covers, it brings a brand new, loud, proud, and laid-back Caribbean eating & drinking experience as well as 70 more jobs to the city. 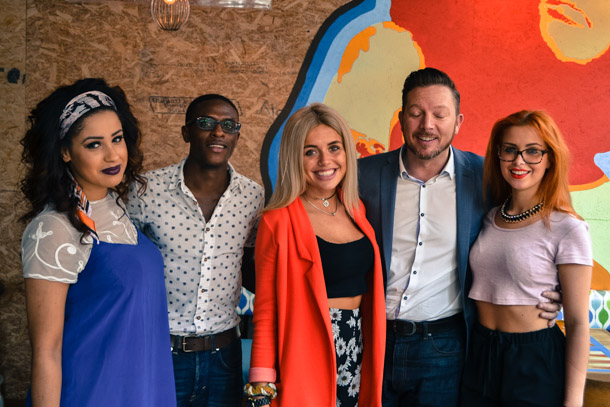 As you might expect in a Caribbean-themed restaurant, the decor is bright and colourful. It’s got a reclaimed beach shack bar propped up with old speakers. Containers with Stagecoach bus seats. Yes the seats from one of our old Manchester buses.

The food is not quite 100% authentic like your mamma used to make or would have made had she been from the Caribbean. More 70%. The other 30% is the twist Turtle Bay adds to the authentic flavours of three Caribbean islands – Jamaica, Barbados and Trinidad – to create the Turtle Bay menu. 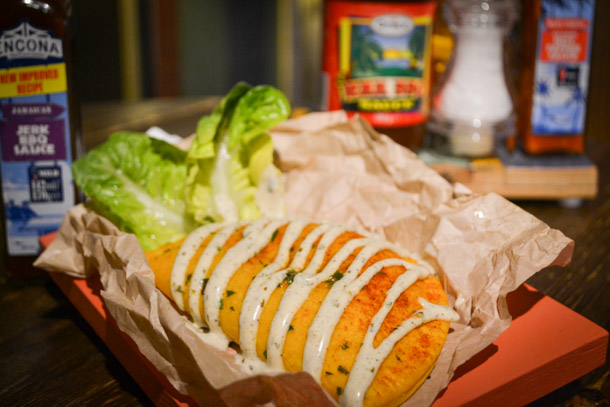 Starters are priced at £4.95 each and labelled ‘Cutters’. Try the lamb patties, Trini doubles, fried dumplings and curry goat – delicious. The only dish we didn’t like, which is like a hard fried banana, was the plantain. 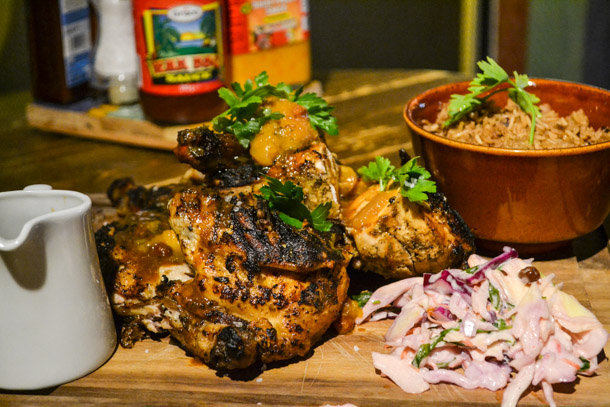 One of the stars of the menu is the scotch bonnet, a fiery little fellow which delivers a kick and makes the jalapeño look a bit of a pussycat. The other is an obvious jerk chicken dish from the Jerk Pit BBQ menu (£9.95). They do a decent burger with a twist. Seasoned beef burger, pulled jerk pork, brioche bun, baby gem, sweet onion chutney, herb mayo, Caribbean slaw & sweet potato fries – with a slice of pineapple on the side (£9.85).

If you want the Caribbean in a glass, the bar stocks over 40 rums and, unsurprisingly, it’s the spirit which is the main ingredient in most of the cocktails. With imaginative names such as Marley Mojito, Bahama Mama and Tobago Tea, and laid-back reggae beats, you’ll be jammin’. (2 for £6.85 during happy hour which lasts from noon till 6.30pm and 10.30pm till close every day). Our favourite is the Hummingbird – white rum, Tia Maria, banana liqueur, cream, fresh banana & coconut. 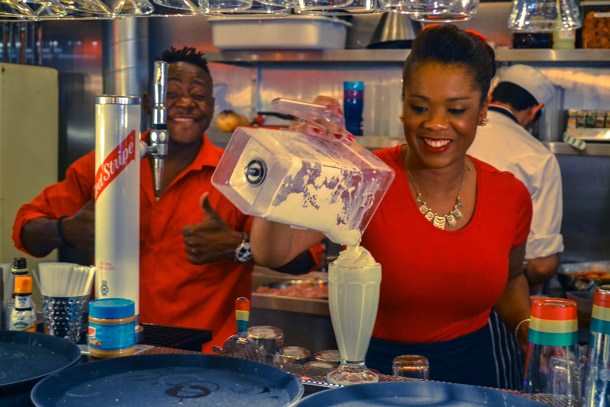 As this was the first time I’d tried Caribbean food, we decided to get a second opinion from a group of women sat at the next table who appeared to be much better qualified to judge than me, one of whom was DJ Miss B from Peace FM. Their verdict? Another thumbs up. 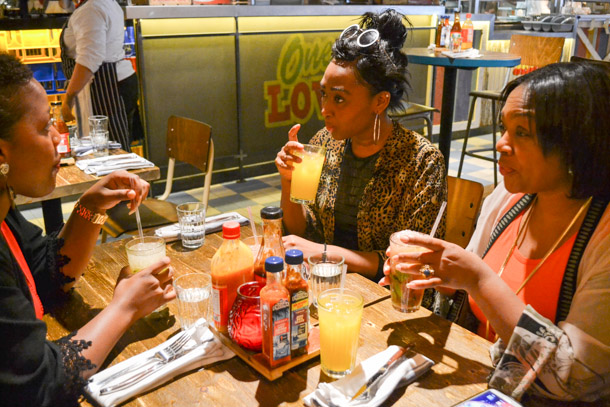 So, whether you’re a fan of Caribbean cuisine, want to try it for the first time or looking for food with a kick and a bit of Caribbean sunshine in the wet Manchester summer, Turtle Bay is definitely worth a visit.