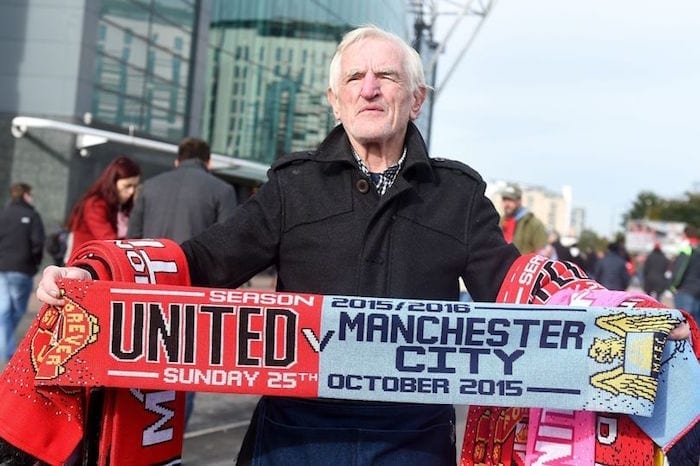 At least we football fans remain pure. We complain about being priced out, but we still go. We support our clubs through thick and thin. We’re beyond reproach. But we’re not, are we? The modern football fan is terrible. The evidence speaks for itself – whether you’re a Red or a Blue. 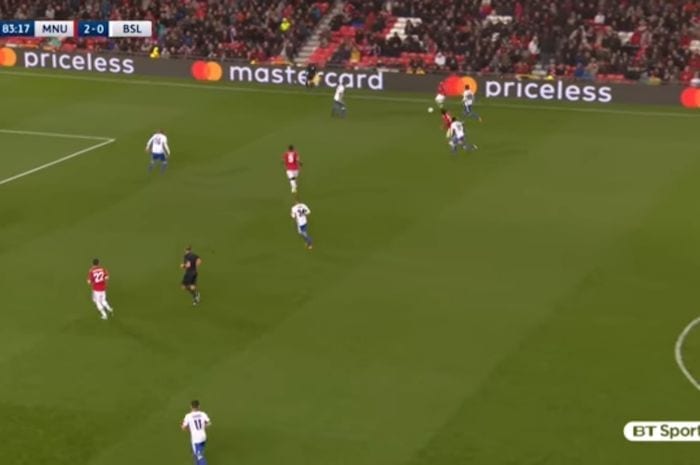 United were back in the Champions League against Basle on Tuesday. The top tier of European competition is where the club made its name and it felt right. Yes, they cruised to victory against an average team, but that’s no reason for fans to pour out the stadium with over 15 minutes of playing time remaining. By the final whistle Old Trafford was well under 50% full. If you’re paying for 90 minutes of football, why restrict yourself to 75? The traffic, and a bit of wind and rain is no excuse. Basle fans taunted United fans with chants of “you’re sh*t and you know you are”. They were right.

We’re not going to get into a discussion of the merits of the nickname ‘Emptyhad’. Or the difficulties of forking out for every home game, as we know it’s extremely prohibitive. But it’s very disappointing to see empty seats at a top of the table clash, as was the case with City’s home game against Chelsea last season. West Brom at home, fair dos. Chelsea at home? Not really.

The worst thing to happen to football. Ever. I’ve been to derbies on both sides of Manchester and neither set of fans are exempt from this. Why would you wear a scarf that is only half your team and half your arch enemy? I’m still haunted by football training when I was 11. I had to change sides and swap my red United top for a murky green Liverpool one. The badge burnt my skin. Why would you pay for that privilege?

Watching the match through your phone

Canny beat coming to the game and watching it on your phone pic.twitter.com/wYduhzexnI

Who looks back at videos of corners or 100s of selfies? The number of fans watching the game through their phones has become unbearable. Watch the game, get behind your team, sing your heart out, shout at the opposition and save your Instagramming for your Christmas pumpkin spice latte addiction like the rest of us.

Yes, you can get Glazer Dogs at United now. Yes, they once did sky blue ketchup at City. But save it for half-time. The modern football fan is physically incapable of sitting for a full 45 minutes and actually watching the game. Whatever ground you’re at, it’s like musical chairs. Up and down all half. Half-time’s there for a reason. It might feel like you’re paying for a day out, but as fans we have a responsibility to see our team through difficult periods in matches and cement that home advantage. It’s not a theme park.

27,640 #FPL managers replaced Mane with Pogba before his injury

I may be out on my own here, but as a United fan it should never be acceptable to be happy about a Liverpool, City, Arsenal, Chelsea, or Spurs player scoring a goal – unless it’s against one of our rivals and it helps us win the league. It should be the same for City fans. I don’t care if they’re your captain or you’re top of your work league, you should care about your team, your players and no one else.