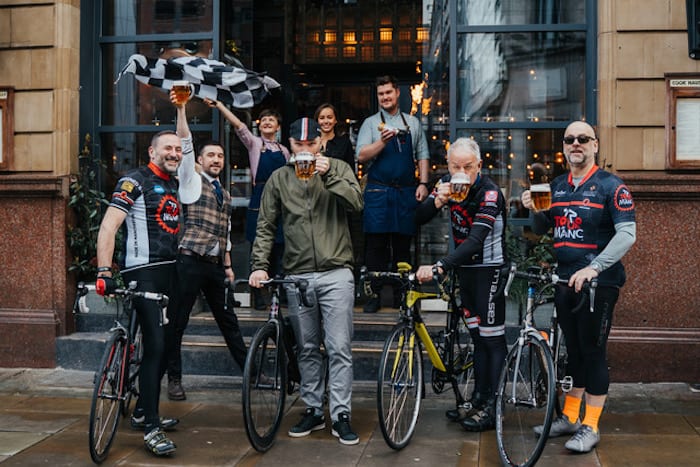 Bavarian beer hall Albert’s Schloss is ramping up for another season of its Grand Tour.

Their answer to the Tour De France, throughout the summer months the gigantic beer palace embraces everything alpine refreshment and cycling.

This year, they will be kicking things off with the Tour de Manc – offering a free beer for bikers that make it across the finish line.

Partnering with Rapha Clubhouse Manchester and the organisers behind the Tour de Manc charitable bike ride, they’re inviting cyclists of all abilities to take on the challenge.

Various routes are available, all varying in difficulty, which means anyone can get involved if they want to raise some money for charity.

Schloss will host a biker’s breakfast and coffee on 3rd May before the race departs at 7am, as well as a free bike servicing pop-up for those last-minute safety checks. 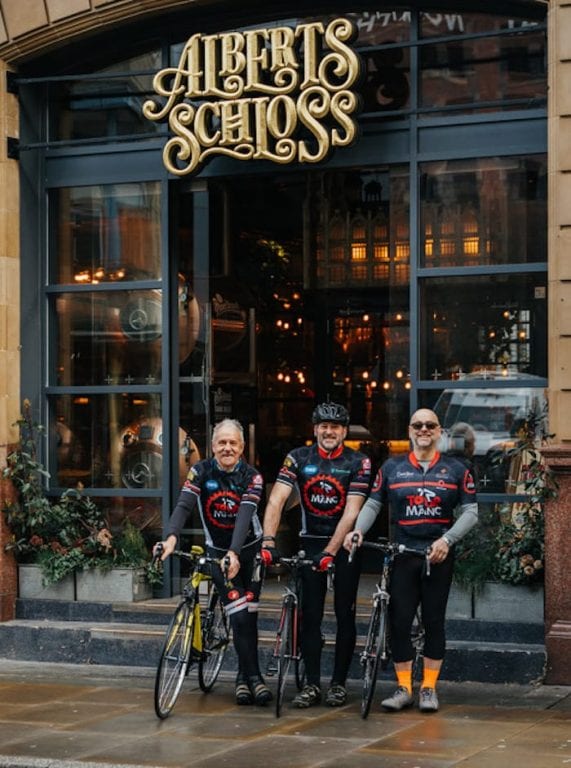 But to get all these perks, you’ll need to opt for the ‘Schloss Start’ upgrade – which will also see you handed a free Radler (a shandy drink said to originate from when German chemist Francis Xaver Kugler spontaneously whipped it up for a group of thirsty cyclists passing by his house) at the finish line.

Every year, the Grand Tour season at Schloss marks the unveiling of its new eye-catching interior and summer menus.

This year, the Bavarian beer house will be bringing the outside inside with a stunning Spring Meadow theme, featuring Victorian maypoles and a range of new menus inspired by ‘Summer in the Alps.’

James Plant, general manager for Albert’s Schloss, said: “We can’t wait for this year’s Grand Tour, it’s going to be a really memorable, inspiring ongoing event for the city. We’re so pleased to be collaborating with Rapha, such a world-renowned and reputable cycling brand, and the amazing Tour de Manc, the originators of this incredible cycle challenge. 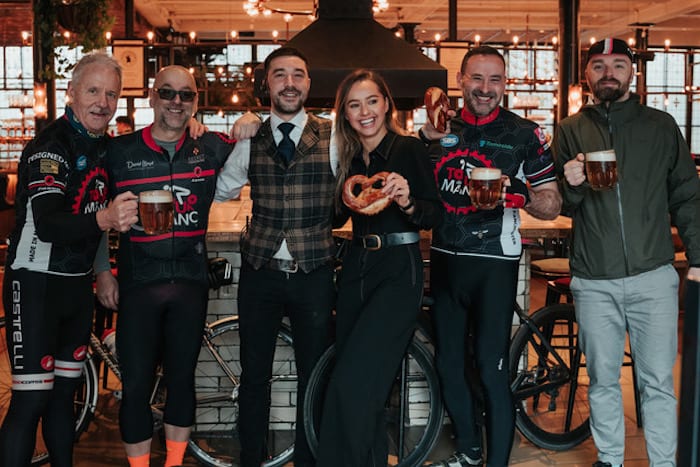 “Between us, we’ve come up with an exciting schedule for the Tour de Manc and our ‘Grand Tour’ launch, offering a great way to get into the team spirit and power up for the challenge.

“We hope to help Tour de Manc raise even more for Manchester charities this year. If you’re looking for a physical challenge for 2020 and a way to give something back to local charities – this is the one to sign up for!”

Tickets to join the Tour de Manc event are £36 with the official event starting at the David Lloyd Manchester North Club.

Those who opt for the Schloss Start will pay £41, which includes their breakfast and coffee, the escort to the Tour de Manc and the onsite activities within Schloss – with the additional £5 from each ticket going directly to the charities.