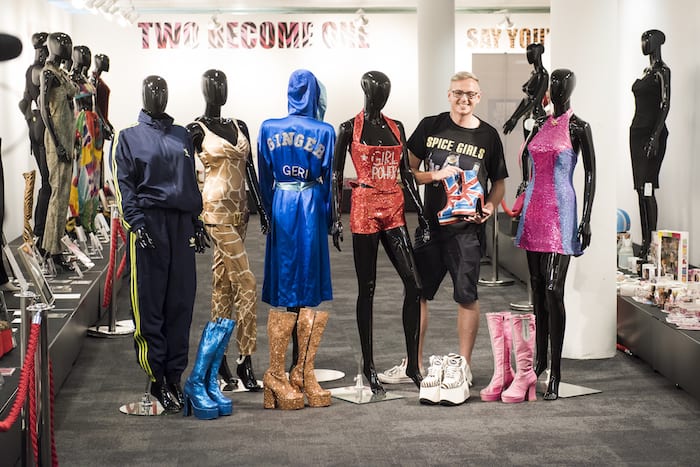 There’s been a lot of talk as to whether the Spice Girls will get back together again. Will they, won’t they? Should they, could they?

Alan Smith-Allison is hopeful it will happen.

“Oh, fingers crossed, I’ll always be front and centre,” he says. “They should reunite, absolutely. Everyone needs a little Spice in their life.”

A Spice Girls uber fan since their debut single Wannabe was released in 1996, Alan has been collecting costumes and memorabilia for two decades and has now curated a Spice Girls exhibition showcasing thousands of items.

“I’ve been collecting for years and years and once I’d got to a certain level, I thought, ‘I can actually have an exhibition with this,’” says Alan.

“We lived in Cyprus, so I had an exhibition there a few years ago and then we were moving back to the UK and decided to have a bigger exhibition in London.” 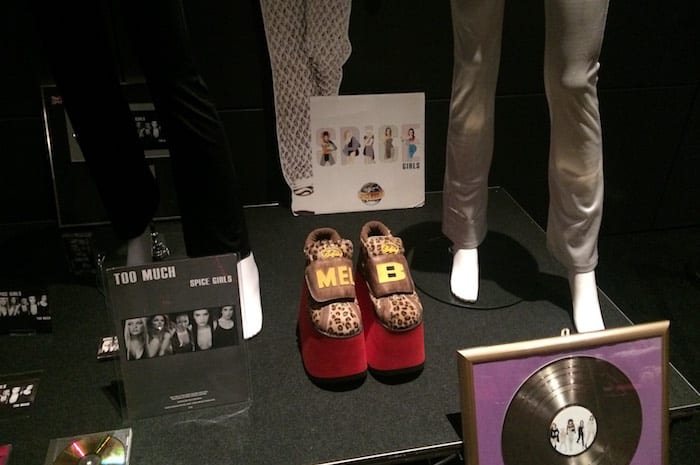 The retrospective was a huge success when it launched in the capital in July.

“We always knew people were going to like it, but we were blown away by the response. It’s just been crazy,” he acknowledges.

Now the homage to Geri, Victoria, Emma, Mel B and Mel C, formerly known as Ginger, Posh, Baby, Scary and Sporty, has arrived in Manchester.

“The Spice Girls always included the city in all of their tours, even their reunion one in 2007,” he notes.

“It’s also Pride in Manchester and we’re part of that community so we really wanted to be involved. That was a very conscious decision for us. Manchester’s got such a good vibe to it as well, we’re delighted to be here.”

The exhibition’s being held inside Manchester Central, with floor-to-ceiling black curtains providing a dramatic backdrop for the hundreds of mannequins on display, while the girls’ music reverberates around the immense space.

“It’s fun from the minute you get in the door, just an amazing, feel-good experience,” says Alan. 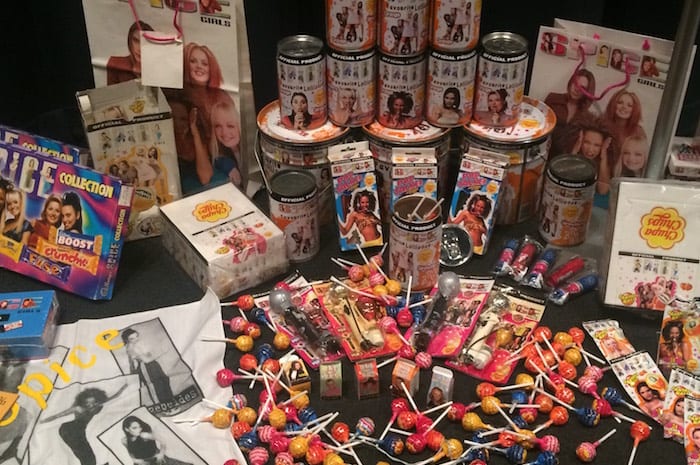 “We’ve got about 300 costume pieces on display from the Spice Girls’ heyday right through to their solo careers and then on top of that there are thousands of items of merchandise and memorabilia and a little Spice Girls bedroom. It’s a real walk down memory lane.”

Formed in 1994, the Spice Girls’ first song Wannabe, which was apparently written in 10 minutes, went to number one, as did their next five singles, Say You’ll Be There, 2 Become 1, Mama/Who Do You Think You Are, Spice Up Your Life and Too Much.

It made them the only act in music history to have their first six singles hit the top spot.

More top-selling singles ensued, as did albums, a movie and world-wide tours with the girls’ declaration of “girl power” resonating across the globe.

Following rumours of a rift behind the scenes, Geri left the band in 1998 before the girls disbanded in 2000. All five reunited in 2007 for a tour, then again in 2012 at the London Olympics closing ceremony and the opening of Viva Forever, the Spice Girls musical.

“Now you’ve got an older generation of Spice fans teaching their kids about them,” observes Alan. 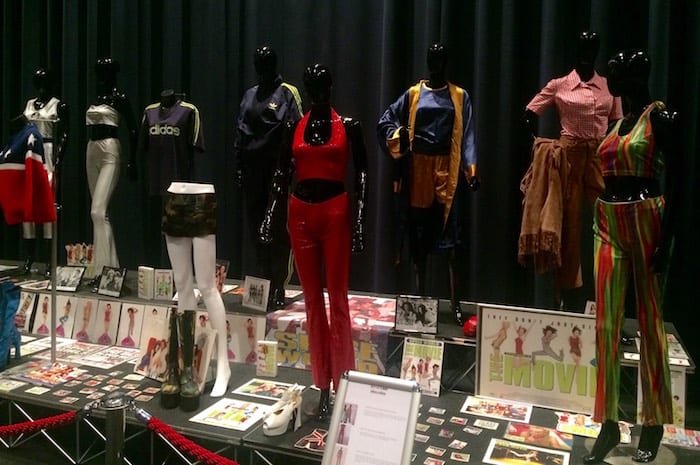 “It’s just that whole sense of fun and not taking things too seriously, being a bit cheeky at the same time and the songs are catchy.”

He doesn’t have a favourite (“They all mean something completely different to me”) but then their very distinct personalities were always part of the appeal.

It was also a marketer’s dream. “Of course, it was part of the branding and merchandising,” he notes.

“Where a band could release a set of lollipops, the girls cold release six different ones, one for each Spice Girl and one for the band.”

And, as you can see at the exhibition, their faces were emblazoned on everything, from snacks and toiletries to dolls, PlayStations, cameras and scooters, while their outfits influenced Nineties fashion, including those infamous platform shoes and buffalo boots.

Alan himself owns around 140 costumes and approximately 3,000 mementos but he’s collaborated with other collectors for the exhibition, including Manchester artist Liz West who currently holds the Guinness World Record for the largest collection of Spice Girls memorabilia.

“She’s really excited about it coming home,” says Alan. “We’ve got five collectors involved in total and also some of the original designers as well, who just have this wealth of knowledge.”

The collections have been amassed from auctions over the years.

“The girls will give things away to charities,” he explains. “Victoria Beckham had an auction sale for Mothers2Mothers; Mel B had one for Clic Sargent and Mel C’s auctioning things constantly. We just keep up with all of that really so as we’re building the collection we’re also giving money to some great causes.”

Following Manchester, the plan is to move the exhibition to Birmingham and then a few other cities around the UK before going abroad with it.

The Spice Girls couldn’t have put it better themselves.

#SpiceUpManchester An Exhibition About The Spice Girls runs until September 4 at Manchester Central. Tickets are £10.