This week’s Manchester news in ten: potty parents, a chocolate fiend and Brian the shih tzu 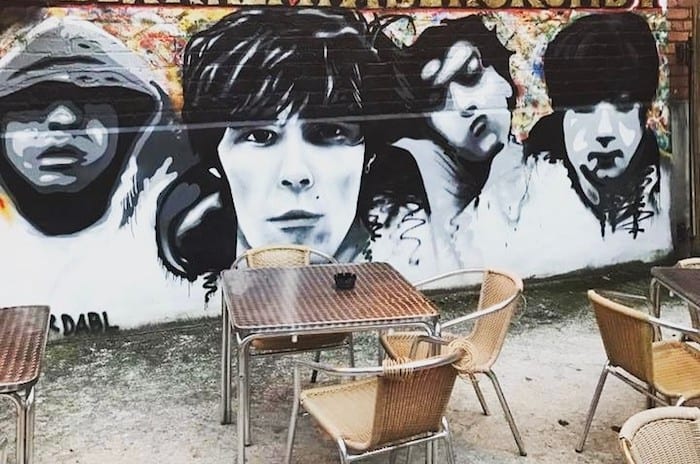 If you’re getting the lion’s share of your news from Instagram memes or twitter feeds, this one’s for you. We’ve compiled the most interesting news from around our fair city. So grab a cuppa and enjoy. And by the way, there’s no fake news here.

Gary Neville has asked for the plans for the St Michael’s development to be put on hold following a public backlash. This could mean that The Sir Ralph Abercromby pub – said to be the inspiration for the pub in the BBC’s Life On Mars  – might not be demolished.

Leigh St Mary C of E Primary School is using a dog to encourage children to read. The five-year-old Jack Russell shih tzu cross helps children to read out loud as kids don’t have to fear being corrected or answered back.

A freshly peeled banana took centre stage at Manchester United’s latest Europa League tie against FC Rostov. The United squad played triangles with the energy-packed fruit as it was passed from manager Jose Mourinho to Ashley Young who sauntered expertly down the flank before passing it to the tiring Marcos Rojo who devoured it on the pitch.

Students at Altrincham Grammar School no longer bang the drum

The school where Stone Roses front man Ian Brown and guitarist John Squire were educated is dropping A-Level music from its curriculum. Altrincham Grammar School for Boys – one of the region’s top schools – say a squeeze in education funding has left them with no option but to stop its music A-level.

Three Greater Manchester MPs are involved in the 2015 election expenses probe. It was revealed that a file had been handed to the CPS following controversy over spending on a ‘battle bus’ tour of marginal constituencies. Bury North MP David Nuttall, Hazel Grove MP William Wragg and Cheadle MP Mary Robinson have all been investigated.

Archie’s gets in bed with Floyd “Money” Mayweather

Archie’s, the retro burger bar on Oxford Street known for its neon pink decor, has been endorsed by Floyd Mayweather. The boxer wants to open branches in Las Vegas and Miami.

Manchester parents were abuzz this week discussing potty etiquette. One mum who was dining at a local pub witnessed a child using a potty at a nearby table. She described the scene on a post on the Mumsnet website. Responses to her post ranged from disgusted to mild amusement at the sight of a young child going to the toilet in a room full of strangers.

Organisers of the world famous PugFest Manchester have revealed that along with T-Rex dinosaurs, x-wings and Jedi Nights, this year’s festival will have a kissing booth where pug lovers can go in for a pug kiss or watch other pugs kiss.

A balding man in a blue tracksuit walked into a petrol station in Bury and calmly walked out with two large Easter eggs and several boxes containing a total of 2,000 smaller Cadbury eggs. The man either has a serious chocolate addiction or has just got his mum the greatest Mother’s Day gift of all time.

Seven Man United kiosk workers are facing jail after they were caught stuffing money down their trousers. Anthony Agabaje, 21, of Folkestone Road West, Clayton, said that it was actually cannabis he was stuffing down his trousers and that he was high at the time so he didn’t really know what he was doing.