This week’s good news: the disused railway station that’s about to become a community hub 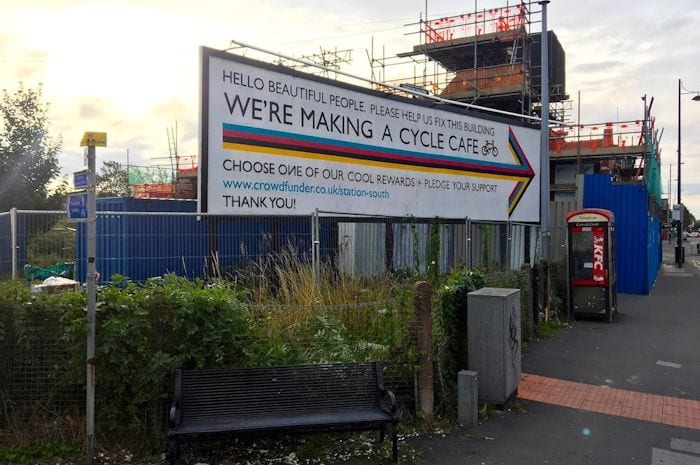 An old railway station in Levenshulme could be restored to its former Victorian glory, thanks to three local residents.

Mark Jermyn, Pauline Johnston and Abigail Pound want to transform the late 19th century building and turn it into a community hub with a cycle café, bar, co-working space and permaculture-inspired garden.

Levenshulme South station closed to the public in 1958, but plans are in place to make it a space to eat, work and play.

The core of the development will be the Station South Cafe and Bar. The train-inspired theme continues with The Work Station which will offer co-working and hot-desk spaces. Retail opportunities will be available at The Goods Depot and a flexible event space called The Viewing Platform is also planned.

There will be plenty to entertain the kids too, as Station Green will be developed as an outdoor space with permaculture-inspired gardens, an informal play area, a shipping container workshop and accessible pathways.

And as the old station is on the The Fallowfield Loop, the UK’s longest urban cycleway, there are also plans to have a Bike Station offering bike repair, equipment and hire services.

Mark, Pauline and Abigail have set up a not-for-profit community interest company and secured £200K+ from Railway Paths Ltd and the Railway Heritage Trust for building works.

But there is still a long way to go, with new brickwork, connecting mains drainage and essential work to the building frontage all required. That’s why they are calling on the public to contribute towards the next phase of essential works through a crowdfunding campaign.

It has already attracted support from local residents and a massive billboard advert recently appeared on the A6 with a plea to the public to ‘Please Help Us Fix This Building’. It points to Station South.

Instead of selling advertising space, they’ve turned the billboard into an artvert – part art installation, part community advertising board.

“We don’t want to ask for money for nothing and as such we have developed some seriously good rewards for our Crowdfunder,” said Pauline. “One of those is your advert on our massive billboard.

“By supporting our crowdfunding campaign, not only will you be able to advertise on one of the busiest commuter routes in the UK, you’ll be helping us now and in the future to develop art and cycling projects in the community and fix up the building. It’s a fantastic opportunity for organisations to ‘think outside the billboard’ and support local artists.”