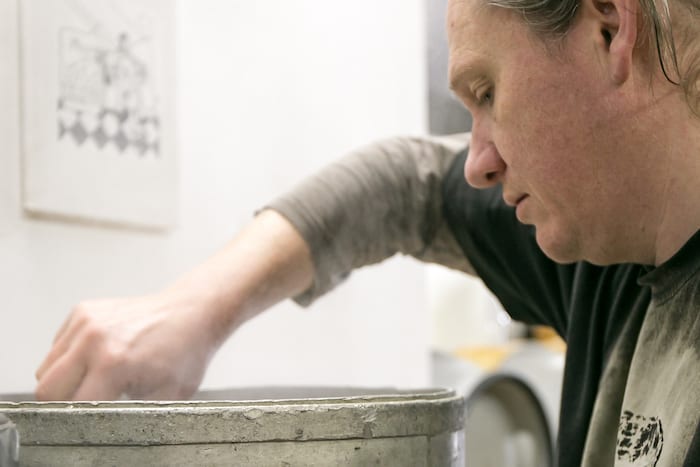 To celebrate, they’re hosting a launch event at Beer Nouveau’s Manchester brew tap on Friday 26th April, and putting on a range of small plates and bar snacks to complement the beers.

An estimated 15 million tonnes of food is wasted in Britain every year “from plough to plate”, and an estimated 20 – 40% of UK fruit and vegetables are rejected even before they reach the shops – mostly because they do not match the supermarkets’ excessively strict cosmetic standards.

The SURPLUS launch event will showcase their first two creations – a peach wheat beer and an oatmeal plum stout. 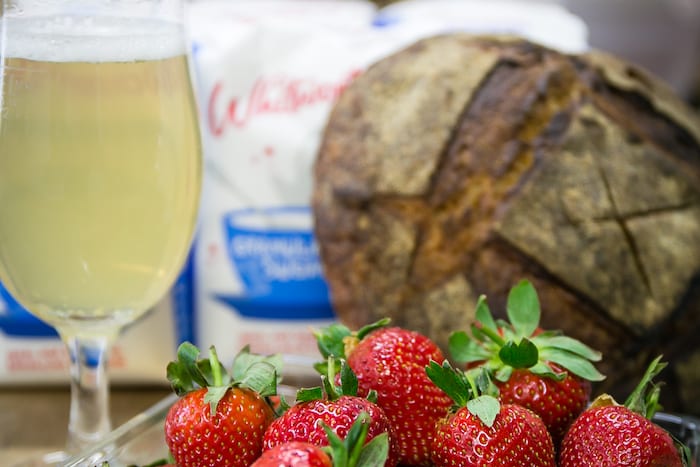 “We’ve had this idea for a while now, and it’s great to be able to finally create a really unique range of beers,” says director of Open Kitchen MCR Corin Bell, whose operations have included operating our city’s first waste food pay-as-you-feel restaurant in 2017 and setting up Manchester’s first waste food pay-it-forward catering social enterprise in 2018.

“Making beers is a fab way to use up seasonal gluts of fruit, herbs, and even veg.”

Following the launch, the events will run on the second Friday of every month at Beer Nouveau’s brew tap.

They’ll launch new seasonal beers using up fresh fruit, herbs and other ingredients that would otherwise go to waste, alongside a unique menu of waste food small plates and bar snacks. 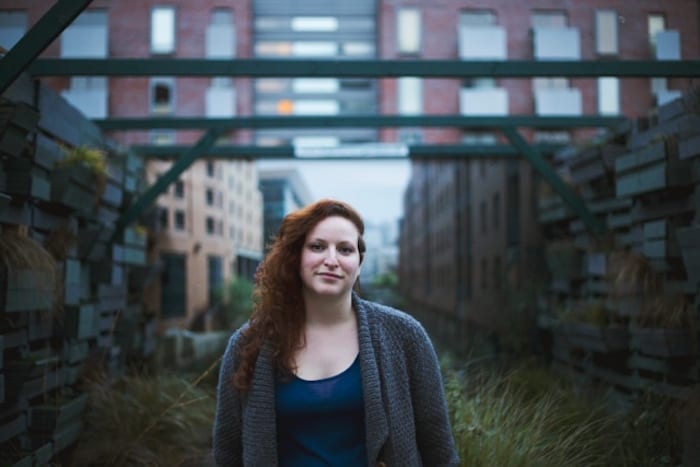 “The beers and the food will change constantly, and everyone who comes to enjoy them can feel really good about the fact that they’re stopping this lovely food from being wasted,” says Corin.

Beer Nouveau specialise in experimental beers, often with foraged ingredients, as well as historic and heritage beers, re-brewing recipes from as far back as Ancient Egypt and Viking times.

“When we first had Open Kitchen MCR doing a street food bbq at our brewery tap, we found the food so amazing and the people so lovely that we just had to work with them again on an ongoing basis,” says Steve Dunkley, founder of Beer Nouveau.

“It’s taken us a while to get this venture up and running, but the wait will be worth it.

“Not knowing what ingredients will be coming our way each week to brew with is a challenge, but it allows us to flex our brewing muscles and produce combinations you might not normally see in beer!”

The SURPLUS launch event will take place at Beer Nouveau’s brew tap on Friday 26th April. Free food and tasters will be available from 6pm – 7pm, with the full menu available from 7pm. Free, but booking advised.