A Manchester office space dubbed by the likes of the BBC as one of the trendiest in the country is celebrating its first full year since opening.

The Regency Club, home of financial consultancy firm Sedulo Group, opened its doors 12 months ago and cemented its place as one of the coolest office spaces in Manchester city centre with multiple themed meeting rooms and a New York-style bar which acts as an events space and business/coffee lounge and, from mid-afternoon, a cocktail bar – with all beverages on the house.

The adjoining rooms are named after influential entrepreneurs – The Richard Branson Suite, The Walt Disney Suite, The Michael Jordan Suite and the Steve Jobs Suite, which feature a sweet shop and a pool room, to name just a few of the offerings.

These suites are used for sales meetings, board meetings and training rooms or as creative spaces. The 3,000-square foot rooftop also contains its very own Tiki bar.

The company based at The Regency Club, Sedulo Group, was established in 2009 by Paul Cheetham and now employs almost 50 staff in a variety of different finance divisions including tax, wealth management, accountancy, corporate finance, debt funding and contractor payroll services.

Over the past 12 months, the consultancy side of Sedulo has achieved over 100% growth and the launch of the Regency Club is attributable to such a high level of growth.

“2016 was a fantastic year,” says managing director, Paul Cheetham. “We started with the opening of our new office space which has been well received by staff, clients and business partners alike. The number of staff doubled in the year and the revenue growth was three digits. In 2017, we aim to take it to the next level as we transform the building into a hotel feel throughout and expand on the food and beverage offering to our client base.”

The past year has also seen Sedulo and their team win awards and accolades including Accountant of the Year, Finance Professional of the Year and Best Boutique IFA, and the firm plans to further consolidate in Manchester before taking the Regency Club offering further afield with new offices in Leeds and Liverpool.

The next 12 months look to be just as exciting with the recruitment of an events coordinator to look after events and front of house. Susan Fagan joins from famous London Hotel, Claridges, and has organised events for the Queen, Chelsea Football Club and Mary Berry. She is set to take the space to a new level with a small refurb and the offer of morning breakfast, afternoon tea and private dining experiences – again, all on the house. 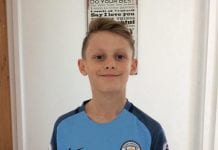 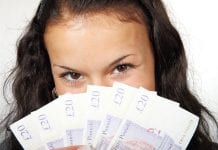 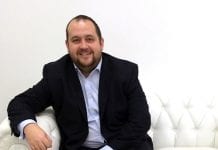