The story of Manchester in 101 objects: #1 how Manchester got its name 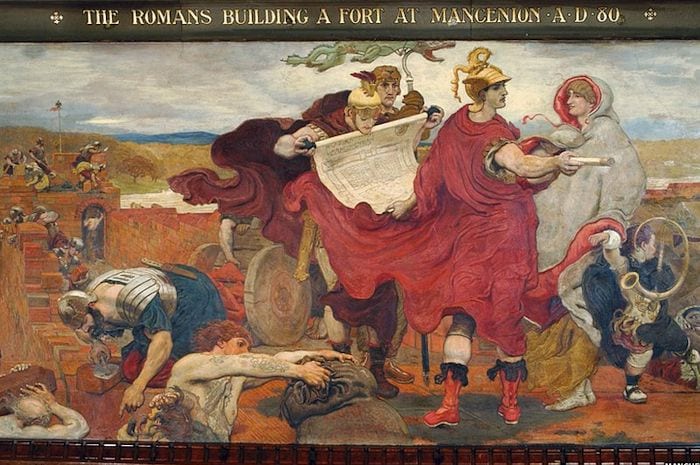 Why is Manchester called Manchester? When the Romans invaded the area in the year 79 AD, swarming north from Chester, crossing the Mersey by the street ford (now Stretford), and camping by the confluence of the rivers Medlock and Irwell (the bottom end of Water Street), they nicknamed the under-populated settlement Mamucium – place of the breast-shaped hill.

They also had to contend with the existing name of the area. They discovered this to be Maenwicken, the Maen meaning rock or stone in Brythonic and the wicken meaning village. Such terms can be seen today in the Isle of Man or the Old Man [Maen] of Coniston and the modern version of wicken found in Northwich, Greenwich or Prestwich.

According to legend, the Roman invaders couldn’t pronounce the word Maenwicken properly and voiced it as Mancunian or Mancenion (hard “c”), which is how the term came to be used to denote people from Manchester.

Over the centuries, a variety of versions emerged: Mancenion, Manigceatre and by 1304 when a charter was granted, Mamecestre.

In 1603, we read of a Mancestri and there’s also mention of a Maincestriae. In the 17th century, the name Manchester itself appeared. The man is from the original rock or stone, the chester is the anglicisation of the Latin castra meaning camp, also found in place names such as Worcester and Leicester.