The price of Brexit: Manchester restaurant hit by huge increase in cost of imported goods

Brexit, Brexit, Brexit. It’s the topic that consumed our lives for weeks, and whilst some disappointed remain voters will be coming to terms with the outcome and sitting down to dine with their ‘leave’ counterparts, the debate is bound to continue if they find the price of their imported red wine has increased.

The fallout from the EU referendum has caused great uncertainty. We have a new prime minister, there’s a contest for the leadership of the Labour party, EU members are undecided as to how to treat the UK, and then there’s the economy.

Speculation over access to the single market and EEA aside, it’s hard to know how this will play out, but what immediate and basic effects is the decision to leave the European Union having on our food and drink industry? An industry which, according to the Food and Drink Federation, overwhelmingly wanted to remain.

“As a business, we have mixed feelings about the impact of the UK leaving the EU.  80% of our deli and restaurant products come from Spain.  We either import them directly or use a network of trusted brokers and importers to do it for us.”

Peter Kinsella, executive chef and proprietor at Lunya, is a man whose business relies on trade from EU countries and relies on a strong pound.

“With the current drop in the strength of the pound against the euro and some of the predictions about it potentially getting worse, it means that the costs of our imports go up considerably.  We experienced this straight away on the Friday of the referendum result when the cost of the invoice for our jamón went up by £1,000, purely because of the exchange rate.”

There was a lot of scaremongering in the build up to the referendum, and I’m certainly not going to join in with that, but how are local traders going to cope with immediate consequences such as this?

“Presently, we’re managing these costs within the business and it isn’t being seen in any price rises and we hope to keep it that way for as long as possible.  Obviously, the nature of our business as a Catalan deli and restaurant, we can’t swap these products for UK based ones.” 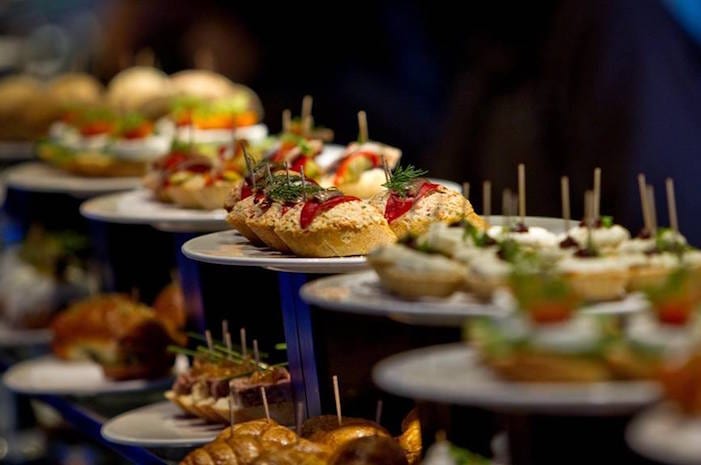 At the moment the impact hasn’t trickled down to the consumer, but is there a cause to be optimistic?

“The flip side of this, though, is that the UK is very cheap to visit for foreign tourists at the moment, as they gain from the weak pound, and we expect to see an increase in visitors from across Europe and the world as a consequence.  Manchester (and Liverpool where we have our other site) have seen significant increases in inbound tourism in the last five years from which we benefit and we expect that to continue to grow.”

But unfortunately, everything comes back to uncertainty. I’ve spoken to other restaurants who don’t wish to comment at this stage for that very reason, but with a ‘European-inspired’ product often comes a European workforce, and at the moment there is some cause for concern over their jobs.

“A future worry for us is the status of Europeans who are currently living and working in the UK, and those who may come in the future.  We love the fact that our workforce is truly cosmopolitan, reflecting everything that we think is great about Manchester and the UK – and we love the cosmopolitan nature of Manchester, becoming a great European city, that attracts migrants and tourists alike.  Many of our customers visit, not just for the authentic food and drink, but to remind themselves of their visits to Spain, to speak Spanish with our staff and for the Catalan and Spanish vibe.

At the moment the price of your small plates and glass of vino hasn’t changed, but it’s very early days. Will consumers have to accept higher costs as part and parcel of our decision to leave the EU? Only time will tell.