‘The pain is almost as fresh as it always was’: Lee Rigby’s mother on life after loss 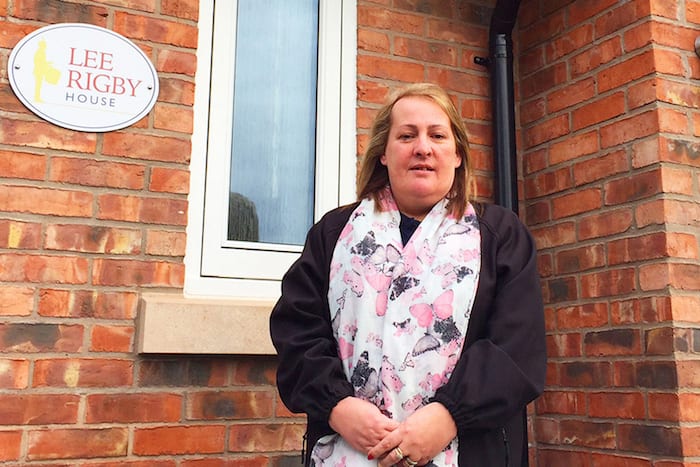 May 22nd this year marked the first anniversary of the Manchester Arena bombing. It was also five years since Lee Rigby, a Fusilier from Manchester, was murdered outside his barracks in Woolwich.

Following his death, Lee’s mother Lyn has set up the Lee Rigby Foundation to raise awareness of the plight facing bereaved and traumatised veterans and families, and opened Lee Rigby House, a retreat in Staffordshire.

Here Lyn talks about her son’s legacy, working with those affected by the Manchester atrocity, and hopes for the future. 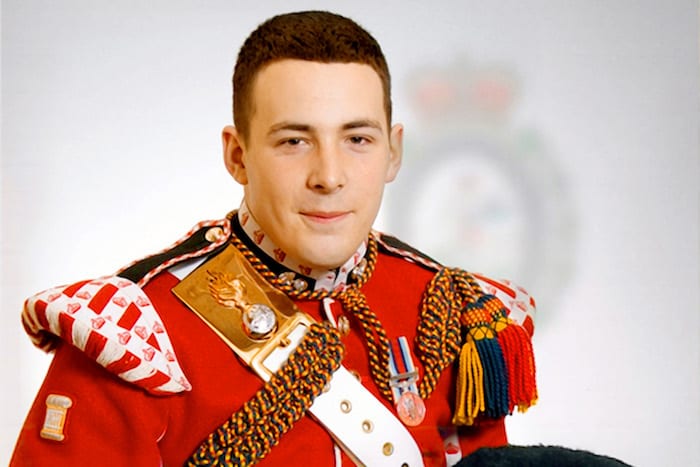 Why did you decide to set the Foundation up?

Out of my grief. I needed to channel my energy into doing something positive. When we lost Lee, it was impossible to find peace or a place of retreat. Our own home was no longer a sanctuary. We were besieged by the press; stared at on the street; we had no privacy. No-one reached out to us. We didn’t know how to fill the days or manage our grief. It became my mission to open a home where grieving parents and siblings could stay free of charge, to find peace, be together, share memories and possibly start healing. When Lee was alive, he regularly said not enough was done for family members who were not ‘next of kin’, as well as for suffering servicemen and women themselves, so the Lee Rigby Foundation is truly his legacy. Our motto is Strength Through Support.

Can you explain a bit about the Foundation’s connection with those affected by the Manchester attack?

The Manchester bombing last year hit me really hard. Manchester’s our home city and the attack took place on the fourth anniversary of Lee’s murder. The slaughter of so many young people, children the same age as my daughters Courtney and Amy, absolutely floored me and made me break down all over again. As a family, we reached out to the families affected by the Manchester atrocity and were able to provide some support to Charlotte Campbell who lost her lovely daughter, Olivia. I was determined to extend support to those who desperately need greater support following such acts of violence, whether on home or foreign soil, so now Lee Rigby House also offers sanctuary to UK victims of terrorism. 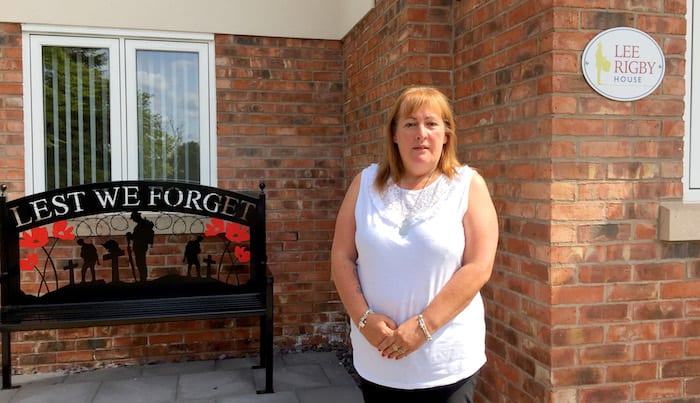 Do you think there’s still work to do to help people understand the true impact on bereaved and traumatised families?

Absolutely. I don’t want to say anything negative about the MoD but, in our experience, their engagement with us was, at best, perfunctory, and no counselling or emotional support was offered. The thing was, Lee was not taken from us in the line of duty as such. He was dressed as a civilian and walking peacefully down the street. That’s the horrific aspect of this. I might have prepared myself for terrible news if he were on active service, but just like those families targeted at the Manchester Arena last year, he was just quietly getting on with his life. It’s that context which makes our experience so particularly cruel.

How are you feeling and what are your thoughts on the two perpetrators of Lee’s murder?

He was my flesh and blood and grief engulfs you like nothing on earth. Five years later, I would say the pain is almost as fresh as it always was. Nothing prepares you for the loss of a child, particularly under such circumstances. For me, certainly, I would say it’s too early to talk about healing. I have no thoughts, really, on the perpetrators. Maybe one day they will come to accept that their actions were inhumane and futile. I don’t understand them.

Does the work being carried out by the Foundation provide a source of comfort?

I wouldn’t say comfort exactly but certainly a sense of purpose. For me, channelling my energy into making Lee’s life stand for something positive and helping others who are suffering has also helped me personally and enabled me to make a difference.

What would Lee think of the work being carried out in his name?

He would be enormously proud of me and the work we’re all doing. Lee was acutely aware of how desperate his colleagues felt following active service, especially if they’d been wounded. He certainly believed that provision for ex-service personnel returning to civilian life was lacking and I believe he’d have felt relief that someone was prepared to take it on. He’d never have imagined it would have been me.

What advice might you give people who experience sudden loss?

I can only speak for myself here, as everyone manages shock and loss differently, but I would say try to accept help that’s offered. It’s easy to hide yourself away. For many people it’s part of the long road to ‘recovery’ but eventually you have to rejoin the ‘living’. Although I still have many bad days, I firmly believe I’m doing something worthwhile and life-changing by getting back ‘out there’. For some people, professional counselling helps, but for many others, as I’ve found meeting former servicemen and women, veterans and victims of terrorism who stay with us at Lee Rigby House, talking to people who’ve gone through something similar can make a real difference.

What are your plans for the Foundation?

The big push is the phased development of the Lee Rigby Foundation at Moor Court Hall which includes building bespoke accommodation in the planned Veterans Annexe. We are launching a massive fund-raising initiative to raise the £500,000 needed! After that, we’ll turn our attention to building Lee Rigby Lodges, which will accommodate people with disabilities. Our big ambition is to open 11 more Lee Rigby Foundation centres across the country. It’s a huge undertaking and there are days when the task feels overwhelming.

What can people do to help?

Oh, there are so many ways! We desperately need support for our various fund-raising events but we welcome support from anyone who’s willing to organise their own fund-raiser. We have no funding from external sources, so we wholly rely on donations. We really want to reach out to local businesses to support us. Large companies may be able to include the charity as part of their corporate social responsibility programme, but we also need to offer additional experiences to our guests – be it free or discounted entry. There’s so much potential good that can be achieved by joining hands. We have a huge job to do and the issues are not going away.