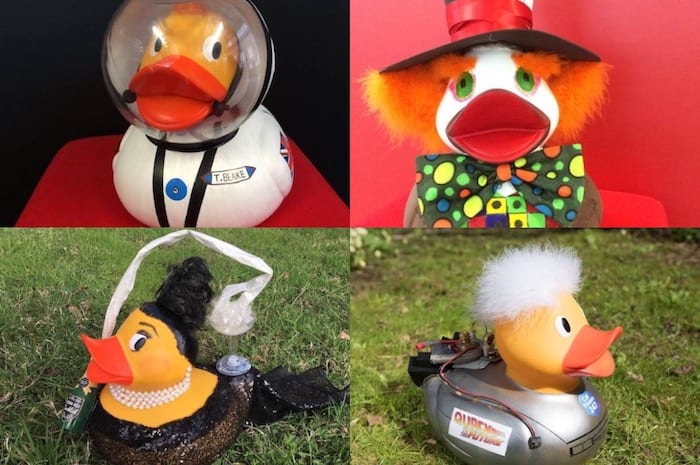 Next month, Manchester’s biggest Easter weekend tradition returns to the city for its 10 year anniversary.

The Manchester Duck Race kicks off on Good Friday at New Bailey. And with a decade of races to celebrate, we’re expecting the biggest Duck Race yet.

Spectators will gather on the banks of the River Irwell between 11am and 4pm to cheer on their favourite best dressed rubber ducks, which are sponsored by local Manchester businesses with all money raised going to children’s charity Brainwave.

In anticipation of the Duck Races’ 10th birthday, we’ve handpicked the top 15 best dressed ducks from over the years. 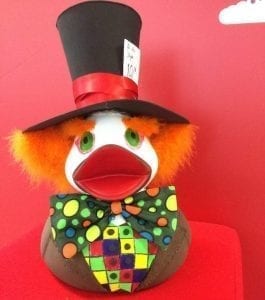 Quite possibly the most popular Alice in Wonderland character, Investment Management company Brown Shipley and Co absolutely smashed it with their Mad Hatter creation. We can’t wait to follow him down the rabbit hole.

Quack to the Future 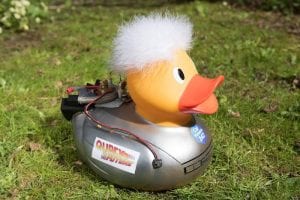 Ducktor Emmett Brown jumped into his modified DeLorean time travelling vehicle – which he purchased through Car Finance 24/7 – and headed back to the future for the Manchester Duck Race. 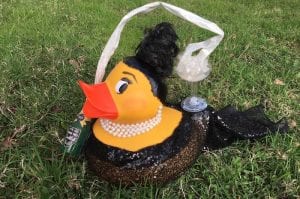 Taking inspiration from one of the most famous women in the world, creative property marketing agency Solid Ground modelled one of their past entries after Kim Kardashian’s infamous break the internet Paper magazine cover – only with more clothes. 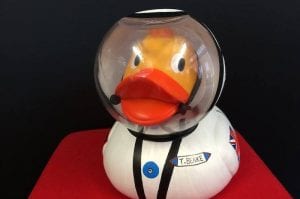 After a quick trip to the international space station, British ESA astronaut Tim Beake floated from outer space to the Manchester Duck Race, just in time to compete. Is there anything this duck can’t do? Designed by cloud services provider ANS, Tim Beake is the first astronaut duck to land on the river Irwell. 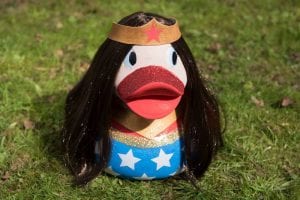 Taking time off from her superhero duties, princess of the Duckazons Wonderduck  showed off her impressive superhuman abilities and brought a touch of Marvel to Manchester thanks to Mayfield Floors. 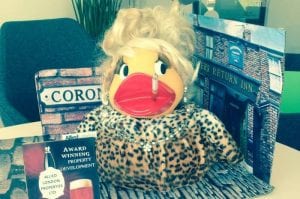 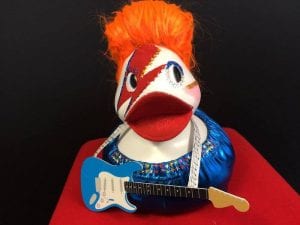 Inspired by the glam 1970’s alter ego of the late David Bowie, Ziggy Starduck rocked the legendary singer’s signature red face paint lightning stripe and bright orange hair – and even brought his guitar along to the race to rock out to all of the fans cheering him on. 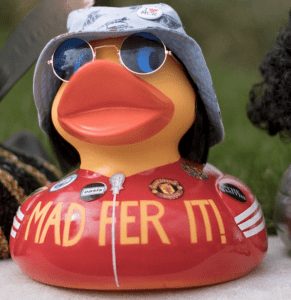 Frontrunner of the biggest Manchester band of all time, R Kid visited the duck race to show how it’s done. Rocking a red zip up parka, a bucket hat and some retro specs, I Love MCR are pretty proud of our Duck Race entry for last year. 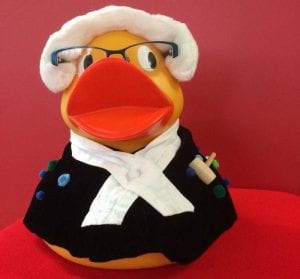 On his lunch break at Manchester Magistrates Court, Judge Duck went to lay down the law at the Duck Race in his full robes and white wig. Created by DAC Beachcroft, Judge Duck can also offer you legal help with business, healthcare and real estate. 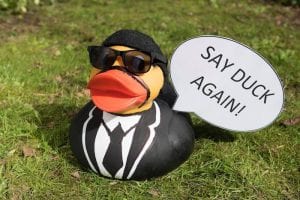 “Say duck again, I dare you – I double dare you!” Duck Fiction cast member Samuel L Quackson designed by Adept Corporate Services lets the cult classic Pulp Fiction legacy live on – and scared several other duck entrants in the process. This is one duck you don’t want to mess with. 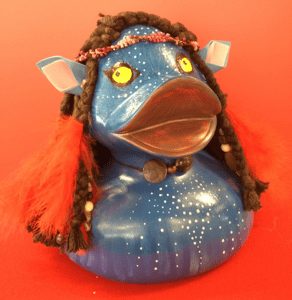 This blue skinned duck arrive in Manchester from far away planet Pandora. And after what humans did to her home land, she has a serious axe to grind. Based on Avatar, the highest grossing film ever made. 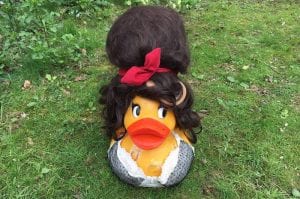 Sporting Amy’s legendary beehive hairdo, this quirky duck gives us all a serious throwback to one of Britain’s most loved performers. Designed by Forrest Recruitment, this Winehouse inspired duck is making us want to add Back to Black to the office playlist. 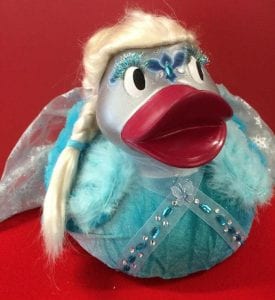 Styled after the children’s smash hit Frozen, Elsa planned on using her ice powers to slow down her fellow duck competitors and claim the race for herself. But her sister Anna, cheering her on from the banks of the river Irwell, reminded her she should only use her powers for good. 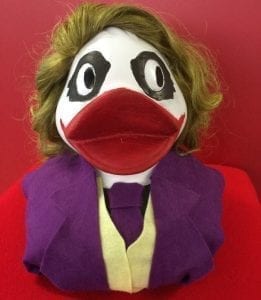 Never one to turn down a competition, Batman’s arch nemesis the Joker took time off from reaping havoc in Gotham City to make a quick appearance at Manchester Duck Race. With his infamous green hair, purple suit and huge smile, Landmark Investments pulled out all the stops. 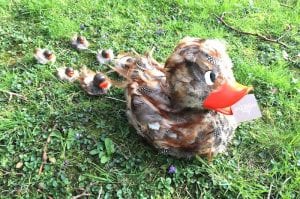 Last but certainly not least is Hall Brown’s Mother Duck entrant. They’ve gone for a more realistic approach with their duck race creation. Covered from head to beak in feathers, adorable Mother Duck is followed by her babies, just as nature intended.

This year’s Manchester Duck Race takes place on the River Irwell at New Bailey on 19th April with loads of local businesses sponsoring a duck. Some of the big contributors include Helical, Hall Brown, Menagerie, Campanille, NCP, Cuckoo, Urban Bubble and The Botanist.

If you’d like to get involved with this year’s Manchester Duck Race, you can buy a small duck for just £1 to race on the day via the link below.