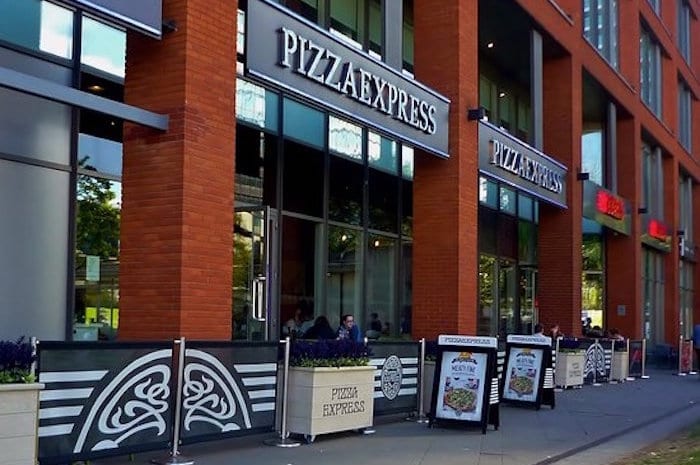 Rising star restaurant critic Marina O’Loughlin, successor to the late AA Gill at the Sunday Times, has delivered her weighty judgment on Britain’s high street chain restaurants – which deserve to survive and which should be left to founder.

It’s a subject on which several newspapers – and I Love MCR – have expressed their views, but it’s worth listening to what O’Loughlin has to say because she’s one of the few London critics that makes the effort to look outside the capital.

One of her last reviews for The Guardian, for instance, sang the praises of Stockport’s Where the Light Gets in.

Many of the national operations she has assigned to the dock have been familiar names in Manchester – in some cases for decades. But for how much longer?

Her verdict on Jamie’s Italian, proposing to close 12 branches, is scathing if not brutal. “It can die,” she declares. “I can’t imagine anyone other than investors weeping over its grave.”

Prezzo, looking to shut down a third of its 300 branches, gets similar short shrift: “Just die already.”

She describes Frankie and Benny’s as “a grim stalwart of out-of-town retail sites” whose “grey burgers are the very definition of wasted calories”. Her verdict: “put the horror out of its misery”.

She’s not as scathing about other chains, however.

Byron gets a reprieve but it comes with a warning: “Stop trying to kid us that you’re cool”.

Carluccio’s, currently restructuring and set to close 34 of 100 restaurants also gets a stay of execution.

And she gives a thumbs-up to one of the biggest and oldest chains of them all.

Owned since 2014 by a Chinese-based private equity company following a deal worth a staggering £900 million, there are currently 470 Pizza Express outlets across the UK, including, in Manchester, King Street, Corn Exchange, Piccadilly Gardens and Peter Street.

It has come a long way since it was founded in 1965 by Peter Boizot, who installed a pizza oven from Naples and chef from Sicily in his Soho restaurant. O’Loughlin, however opines: “The chain for people who don’t go to chains or have small children or both. All the food is perfectly fine.”

She also gives the thumbs-up to Nando’s and Wahaca, the Mexican restaurant chain with a  branch in the Corn Exchange.

Piccolino, one of the flagship brands of the Manchester-based Individual Restaurant Company, headquartered above the Restaurant Bar & Grill (another IRC brand) in John Dalton Street, wins O’Loughlin’s praise as “the magnet for every dolled-up prosecco-swigging girl group in town and attendant hopeful swains.” She adds: “It can live happily.”

What is perhaps most significant about O’Loughlin’s article, published in the Sunday Times magazine earlier this month, are her omissions from her parade of chains.

They include two hugely successful nationally-known restaurant groups that were born in and around Manchester but have never been hived off to the sort of operations that, through the lack of day to day hands-on management, allow their brands to become tired and subject to condemnation by the likes of O’Loughlin.

Big but also beautiful are the Manchester-based San Carlo group, and the late Tim Bacon’s all conquering Living Ventures.

San Carlo, whose brands include Cicchetti and Fumo have just opened the latest of four restaurants in prime London locations – Alto, on the roof of Selfridges on Oxford Street. It joins branches of Cicchetti near the Ritz Hotel in Piccadilly and in Covent Garden and Fumo in St Martin’s Lane off Trafalgar Square.

None figures anywhere near O’Loughlin’s hit list and no wonder.