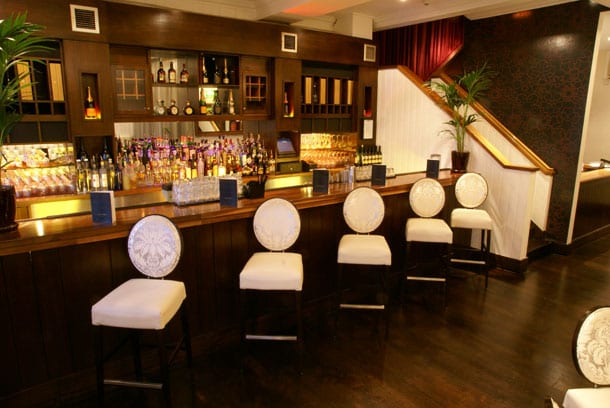 Back in the day everyone who was anyone went through the hallowed doors of the Living Room (well if the door mafia allowed them too). Then a whole new crop of wanna be bars opened, each more glam and more ‘it’, while Living Room remained, getting a little more jaded and world-weary, like the oldest swinger in town.

Now, still a little too ‘fur coat no knickers’ for some taste and nowhere near the bearded cool of the Northern Quarter, it is seeing a the green shoots of a  renaissance and with new sales and events manager Stephanie Pender it is quickly becoming the place to be once again.

The Living Room Manchester is taking people on a journey to all corners of the world with their new cocktail menu.

Cocktails of the New World launches this week at the Deansgate based bar and restaurant. Drinkers will be able to enjoy creations inspired by the Far East, Caribbean, America and Great Britain.

2013 has already seen the beginning of a new era for The Living Room Manchester; new style menus from Fine Dining to Grazing and Sharers; Friday Night Socials and Cocktail/Whisky Master classes.

Sales and Events Manager Stephanie Pender believes it’s an exciting time for the establishment which has been on the Manchester scene since 1999:

“Our new cocktail menu is all about taking old classics and giving them a new twist. One of my favourites is Bubblegum Iced Tea, which you can also have as a sharer for 2. It puts the fun back into cocktails using popping candy around the glass for a retro feel.”

Stephanie adds: “Chesterfield is another favourite of mine. It’s a real showstopper – we set it alight to create a smoky effect both visually and in its taste. As it cools down the flavours change. An impressive cocktail which we will think will be a hit with men and women.”