The ILM Guide to avoid annoying your bartender in Manchester

Christmas time brings a dazzling amount of joy, laughter and merriment to bars in Manchester every single year. But it also brings queues. Lots and lots of queues.

A bar queue is, at best, a chore. At worst, it is an evil thing – a slaughterhouse for civility and personal space. From the monotonous lines in wine houses to the tumultuous, clammy free-for-alls in nightclubs, every single queue has a habit of leaving a sour taste in the mouth that sometimes even alcohol can’t destroy.

It’s a given that nobody enjoys standing in line for a drink, but when it comes to bar queue etiquette, people have very different ideas about what’s right and what’s wrong. And your belief system is shaped considerably by which side of the bar you’re stood on.

Bartenders are often made out to be the bad guys. But perhaps that’s because we’ve simply been talking to them the wrong way all this time.

So we decided to get an insider’s view on the matter and consulted a veteran pint puller who’s been working in the Northern Quarter for years. He has been on the receiving end of more dumb, drunk diatribes than he cares to admit, but he revealed that what winds him up most is hearing the same set of particular questions time and time again.

Apparently, picking the right words when you place your drinks order goes a long way to improving your queueing experience – and anything that makes lining up at the bar a little less painful is not to be sniffed at.

With this in mind, our bartender reveals his most hated questions – and why hearing them is akin to nails on a chalkboard. 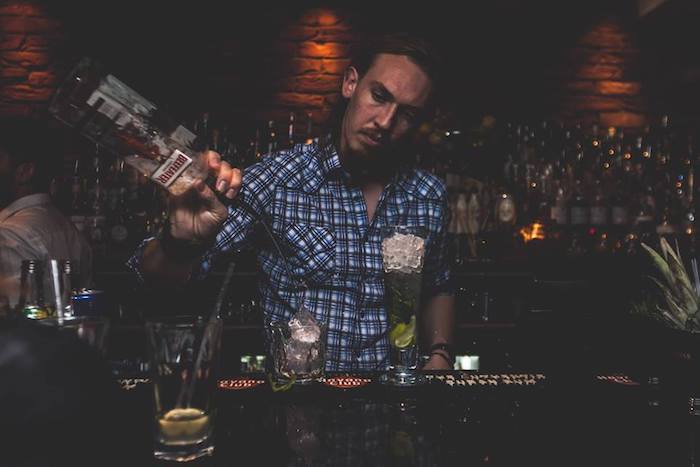 “What you got on draught?”

You are facing them, for goodness’ sake – they couldn’t be closer to you. I’ve actually had people bend round the pump before now to ask me about a draught lager that was sat right there in front of their face. It’s madness. Here’s an idea – use the time you spend waiting to be served to look at the draught labels. That way, you won’t have to ask. Everybody wins.

This is an old favourite. Oh wow, the beer here is a different price to your local?! Fine. Go back there then. You are ordering a local independent craft ale made by a group of young guys just starting out in the brewery game and expect to pay the same as a Tenants Super?! If you’ve got that attitude, there’s another place you might enjoy instead. It’s called Wetherspoons.

Regardless of how long you think you’ve been standing there, I think we’ve got a better idea who is next in the queue. Also, if you start raising your voice and/or eyebrows or waving your hand in front of our faces in an attempt to get served next, .you will stay thirsty, my friend. We will make sure of it. 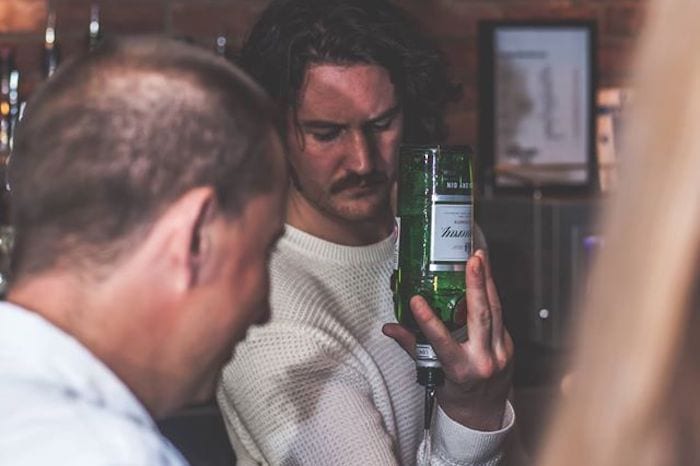 “I think I know when I’ve had enough”

Er, no you don’t. People behind the bar serve alcohol for a living. It only takes a few shifts of bar work to learn the tell-tale signs of when someone has had too much. If we give you a glass of water it isn’t an “F*** off” – it’s a “chill out, and we might serve you in a bit”. Swearing and shouting about how you know what your limits are won’t get you any more Sambuca anytime soon. Take it easy, sip your water, and don’t make a scene.

Wait till we place your drink in front of you. It is still our drink when we are preparing it. You’ll get your straw when we place one in there. Just be patient. Never lean over the bar to grab your drink or start shoving lime wedges into it before we’ve passed it across to you. It’ll be yours in a matter of seconds. Honestly.

“I definitely need more ice than that”

Having a handful of ice cubes isn’t going to make your drink stronger, yet a surprising amount of people appear to think this is the case and demand high quantities of ice is dunked in their drinks. Unless you have a peculiar affection for the sound of your teeth chattering, there’s really no need to scream at your barman to plunge in so much ice that your drink starts spilling over the sides. You are still getting the same amount of alcohol, and if anything, having one or two cubes will make your drink more diluted as it will melt quicker. The more cubes, the colder the drink, the less dilution. It’s basic science.

Avoid these queries like the plague when you chat to your barman this Christmas, and who knows, it could be the beginning of a beautiful friendship. Happy Christmas.