Manchester is a city producing music worth listening to and a place where the airwaves are fuelling creativity, says Emily Oldfield. 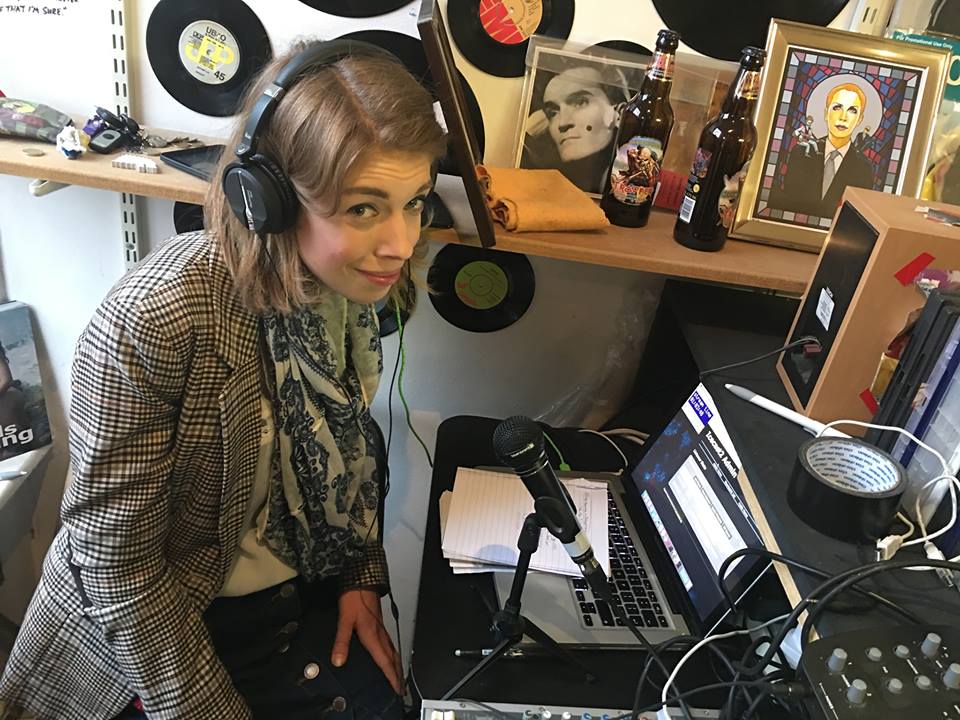 Manchester is a city recognised for its musical legacy but it’s also got a rich radio history, too. Chris Evans started his broadcasting career working for Piccadilly Radio, one of the UK’s first commercial stations, and a host of impressive DJs have graced the airwaves here.

And it’s a place which is showing that radio is just as relevant as ever.  More and more creative individuals in the city are using home-grown radio to reach wider audiences through a number of stepped-up, local-led efforts – broadcasting by the people, for the people, with a particular focus on music and uncovering the culture of the city.

Whether it’s ALL FM – “community radio for the people, by the people, broadcasting the real sound of the People’s Republic of Manchester 24/7” – or Valentine Records Radio, broadcasting live from Soundwaves Here We Come in Affleck’s, there’s plenty going on. As musician, broadcaster and Salford City Radio radio presenter Mark Corrin told me:

“Local radio is often the first radio exposure that a local artist or band might get on a station that broadcasts on the airwaves as well as online. As a presenter, I think that it’s important to try and get listeners attention with quality material from exciting new local acts especially. Primarily, it will hopefully encourage interested listeners to go and see them live. I try and read out live dates of acts if possible, along with the songs I play. This hopefully then helps the band build their audience a bit and it can also be good for the local economy, too, by supporting local venues.”

Mark may well be part of Salford City Radio, but he emphasizes it is very much an interactive community – with people clearly picking and choosing what they want to listen to, right across Manchester.

Another good example is ALL FM 96.9, based in Levenshulme but broadcasting across the city. It’s one of the longest-running commercial stations in the UK, which is particularly impressive as, for the past ten years, it has been led almost entirely by volunteers – showing that radio has the power to create a powerful social presence, as Mark suggests :

“On a cultural level, I think it helps move things along and introduce new local sounds to listeners. Manchester has a very rich history of well loved, attitude packed music.”

And it’s clear that well-loved music is still celebrated today, through radio. Take Valentine Radio, for example, an offshoot of the resurgent Manchester record label Valentine Records. It’s available both live and as a podcast on the Valentine Records website, showcasing some of the latest tunes from local acts, streaming from Soundwaves Here We Come in Afflecks.

As store owner Alex Lee reflects, it adds to the culture of a city in which radio is “run by enthusiastic music lovers who are desperate to spread the message about just how great, vibrant and varied the local musical scene is.”

But why local-led rather than mainstream media?  Alex thinks it’s because home-grown stations “dance to their own tune and haven’t got some corporate monster breathing down their neck and dictating playlists to them. The bottom line is that if something isn’t good, or current, or relevant, it doesn’t get played!

“Anyone with an internet connection can gain so much from listening to local radio, either live or via a pre-recorded podcast– not just to hear tunes that would never be played on mainstream stations, but also to get a handle on the real lifeblood of the community.”

ALL FM 96.9 also takes pride in creative output, managing varied programmes of  community news, views and music, whilst retaining a commitment to 70% music time. It also provides people with the chance to get involved and volunteer in a media environment, opening up the airwaves as a place for people to express themselves.

You can hear this nowhere more clearly than Station Road, the ALL FM radio soap focusing on a fictitious Manchester community. It’s a far cry from The Archers. More Ancoats than Ambridge.

There’s something for everyone on Manchester radio, and its inclusivity adds to the appeal. Even children can get involved, with ALL FM  planning a ‘Through the Ears of a Child’ feature, investigating what life was like for Manchester children in 1916. Helped by the People’s History Museum, MMU and the Imperial War Museum, this will lead to the production of a brand new  play as well as an audio installation, putting the children in charge of a Soundscape of Manchester 1916.

Other upcoming ALL FM events include a celebration of International Women’s Day on 8th March with some of Manchester’s finest female artists live in session. Presenter Fiona Ledgard is keenly anticipating the event. A local musician herself, she is also one of the hosts of the ever-popular Drivetime 5-7pm slot. Since graduating from The University of Manchester with a degree in Music, Culture and Society, she has had first-hand experience of how radio can fuel creative encounters and has interviewed a range of musicians including The Slits and Dave Haslam.

The older generation are catered for, too. Station manager Ed Connole tells me that ALL FM are teaming up with Age Friendly Manchester, the Whitworth Gallery, Manchester Art  Gallery and the Royal Exchange to train older people at risk of isolation so they can host their own radio shows.

So why not take a break from the mainstream and take a listen to some grass roots local radio? And don’t just listen, get involved, too!