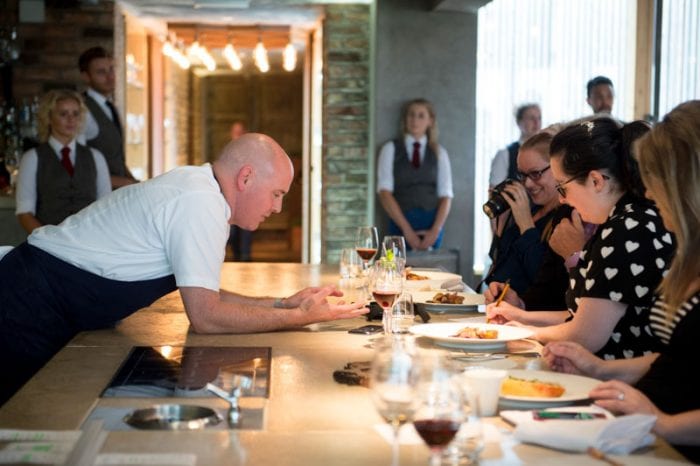 Manchester and a Michelin star is becoming a bit of a running storyline. It even had its own TV series last time out.

“Accolades are one thing but ensuring a strong line of talent in the sector is far more important for the good of the city.”

Yet again, the inspectors decided that Manchester was not worthy, or ready, for a coveted star. Were there tears and tantrums? Did the air turn even bluer than usual in and around the Peter Street and Spinningfields areas?

Not really. The reaction I picked up yesterday was a collective shrug of the shoulders and perhaps even a wry smile.

The annual ‘will they, won’t they’ saga has reached a level of parody that has led some to wonder whether it’s actually better for Michelin’s PR and profile than Manchester’s.

What does it mean for Michelin’s relevance? What do they have against the city? Are we being paranoid?

Fortunately, the city continues to move forward. More operators are lining up. National and international names are looking. Manchester keeps producing independent talent the likes of which other cities can’t live with in both food and drink.

On the flip side, there is the suggestion that maybe Manchester’s best really isn’t good enough, despite its best efforts.

Has the city paid the price for throwing too much behind the ‘dirty food’ schtick? Does the mid-market define the city? Does the fine dining on offer here only seem so good because the rest is so, well, average?

Are we seen as a city that follows trends rather than starts them?

Birmingham got another star (but not in the city centre), although Michael O’Hare picked up a star for Leeds thanks to his restaurant, The Man Behind The Curtain, which is getting rave reviews from, well, everyone, and is producing wonderfully mental food as well as an experience which tends to leave most of the people who have been there scratching their heads, but with an enormous smile on their face.

He’s insanely talented with a distinctive look – tattoos and a heavy metal haircut. He’s appeared recently on the Great British Menu and is tipped for future TV work. Getting behind him now is probably a smart move for Michelin.

But he is doing things that other aren’t. One of his desserts in made almost exclusively out of potato. Is Manchester as daring or innovative? Does it have the vision but not the skill?

Michelin already backed Rogan and Byrne, of course. Maybe they feel they’ve sprinkled enough of their magic on them already (even though the kitchen in The French is now Adam Reid’s domain).

That would be hugely unfair, of course. And a shame if being overlooked again took the wind out of the sails of any of the city’s ambitious chefs.

It would also be wrong of the city to chase the star, and try and bow to an idea of what the inspectors might want.

Even if Michelin has chosen not to back Manchester yet again, the public are certainly getting behind the city’s food and drink scene. It’s never been busier out there and the appetite for all forms of dining seem to show no signs of slowing.

So it’s important that a city like Manchester – a proper tourist destination these days – has choice at all ends.

It also needs to continue to support the smaller operators that dare to take chances. And have the courage to back their ideas. After all, there might be an unknown in a kitchen somewhere right now who could just be the one to bring a star to the city.

Accolades are one thing but ensuring a strong line of talent in the sector is far more important for the good of the city.

Same time next year then?