The Blue Hive: the drink that shines a light on the community that is Manchester 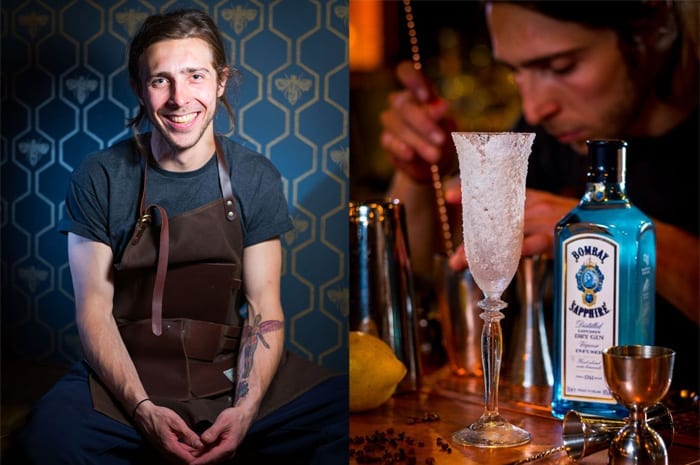 We all recognise that blue bottle of gin on the back bar. It’s been there long enough to be part of the furniture. Almost.

But Bombay Sapphire, one of the biggest gin brands in the world, isn’t one to rest on its laurels.

So they laid down a challenge. Ten bars – including Manchester’s very own Science and Industry – were asked to create a cocktail using one of its ten botanicals.

I caught up with Massimo Zitti and his partner in booze Luca Rudlin who were selected by Bombay Sapphire to represent one of the botanicals.

“Luckily enough, we got got selected to have the grains of paradise, which sounds cool,” says Massimo. 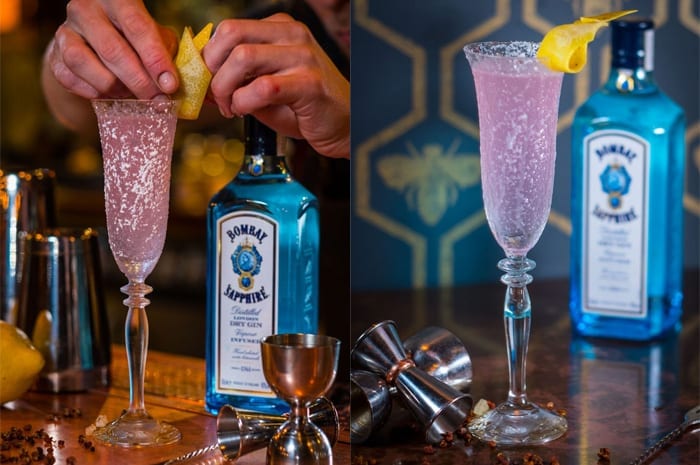 “What happened in Manchester over the past three months – the tragedy has brought us closer together. The reaction was incredible. So we looked specifically at collaborations.

“We work together and every time we do an event, any project we do, we collaborate with different breweries. Local breweries can make beer, but they can also carbonate professionally – that was my idea. We can make a drink that will be really carbonated.”

Carbonation in drinks is nothing new. It’s the ability of a brewery to use specialist equipment to carbonate their beer that makes the difference to the Blue Hive.

They turned to a past collaborator, Outstanding Beer, for help.

“The beer is good, but the guy, Alex, is really amazing. He really loves what he does, which means everything.

“The second challenge was where do we get the honey from? We don’t want to make a honey-based beer because that would be so expensive. We thought, we can make kombucha. So easy to make at home, and more importantly, there’s no wastage.”

So they made some kombucha and went to a honey-maker in north Manchester.

“They have some hives behind a church and they are super open to everyone. And they don’t want any money. They gave us a massive pot of honey in exchange for donations. I only had £7 in my pocket!”

For Luca it was important for the honey to be local.

“There’s a massive demand for local honey. Mancunians react better to Manchester honey because it’s using nectar from flowers they smell every day. And it tastes of Manchester.”

Finally, they needed to use the grains of paradise, which gives Bombay Sapphire its gentle pepper notes.

“We make an aromatic syrup with the grains of paradise – obviously a bit peppery – then we have a little a vanilla, a little lemon zest, a bit of valerian. The syrup is a little bitter to balance the drink.

“Finally, the blue colouring is from red cabbage. We extract the red colour, reduce it, change the acidity so it changes the colour, then create a dust. So the blue is on the glass, not in it.”

The drink is the creation, but the story behind it is more important to both Massi and Luca.

“It’s shone a light on the community that is Manchester. Manchester is a city, but it’s also a community. Everyone knows everyone else. It’s why we chose the Hive. It’s Manchester bees within the hive. It’s meant to fuse the music scene that we’re part of, with local producers, different mixologists, and different collaborations from across the city.”

If you want to try the Blue Hive, it’s available at Science & Industry until mid-October.