The 50 best and worst modern buildings in Manchester, according to local photographer

Aidan O’Rourke has been documenting Manchester in photographs and words since 1996.

Passionate about photography, Aidan has his own website and used to contribute a regular Manchester Evening News feature.

“I’d been working abroad and when I came back I became very interested in how the city was developing so that’s how I started,” he told me. 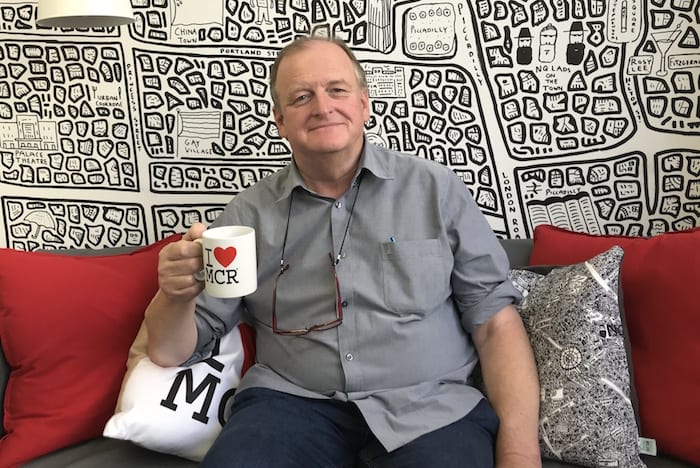 Now he has put together a video showing how the city has transformed over the last 22 years. It will be the first in of a series of videos, Aidan says, as he’s looking to do similar ones on Liverpool and Dublin, where he went to university.

The Top 50 buildings will start with the bad ones and move on to the good ones – the buildings that have enriched Manchester’s architecture.

“The Arndale Centre is a bad one for instance,” says Aidan. “And then there are the fantastic ones like the Town Hall or the Royal Exchange.

Looking back to the Victorian era, when Manchester was known as the Shock City of the new, it’s clear that change has always been part of the city’s character. The rapid process could leave people feeling confused, as it’s not an entirely unlikely scenario that they just wake up one day and not recognise anything around them, he explained.

Aidan believes its Victorian buildings are Manchester’s most valuable legacy.

“Sadly, quite a few of them are gone now, either because they have been destroyed in the war or in the 1950s and 60s. They could’ve easily been saved but at the time they just thought ‘oh, it’s just an old building, we need to knock it down and build a nice new one.’”

“That’s what happened to the Assize Courts next to Strangeways Prison in 1956.

“Market Street would’ve been so much nicer if those buildings still had their old facades. But in the 60s they just knocked down anything that got in their way. It was a huge mistake to build a shopping centre of that size there.”

But that’s not the main subject of his video – the modern buildings have the leading role now.

Aidan has very strong feelings about where buildings should be built, as he believes a bad choice of location can ruin everything.

“1 Piccadilly for example. It shouldn’t have been built there in the first place, because Piccadilly Gardens is a park and you don’t build on a park. I objected at the time and I still hate it today.”

“If they hadn’t built it there, that area could’ve been a square, similar to the ones you see in London.”

He doesn’t want to give away the name of his favourite building, but he admits that it would have to be innovative, stylish and somehow unique. A building that adds something that wasn’t there before, that has quality and imagination.

“Definitely most of the new modern buildings are not like that. They are mediocre and like wallpaper. You’d hardly notice most of them. That’s just a fact of life. We can’t expect every building to be like the Urbis Centre.”