Scores are based on the interaction... 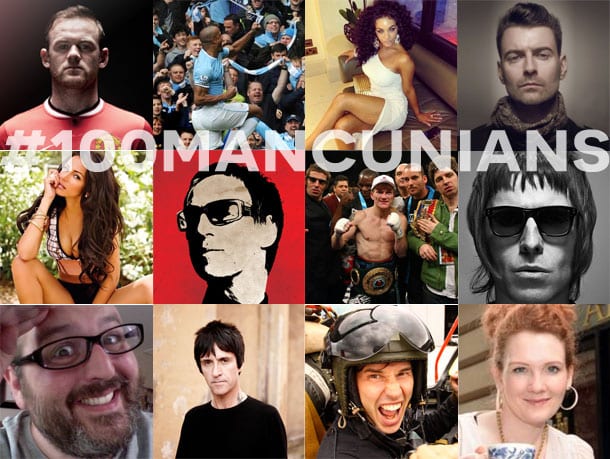 Ever wondered who the most influential people in Manchester are? Not by success or by association, but by social media.

Your wait is over: social media analysts Peer Index have done all of the leg work for you.

The company, who have worked with the likes of Diet Coke and RayBan, have compiled a comprehensive list of the one hundred most influential Tweeting Mancunians. And we use the term ‘Mancunians’ flexibly.

Scores are based on the interaction that occurs between Tweeters and other people in the city. While followers are not assessed, the level of responds, engagements and retweets are.

As you might imagine, the top 100 is clamouring with football players of both the blue and red persuasion, with Wayne Rooney coming in at number one, Vincent Kompany at number 2 and Micah Richards at number 3. Fellow footballers Michael Carrick (No.5), Sergio Aguero (No.7) and David De Gea (No.9) are also amongst the top ten.

In fact, sportspeople as a whole seem to generate the highest scores, with 27 hitting the top spots including former world champion boxer Ricky Hatton (No.24), swimmer Rebecca Adlington (No.88) and cricketer Michael Vaughan (No.22).

Though corporate brands and newspapers were excluded, other professions also stood out, with 18 journalists, 8 DJs, 6 singer/musicians including Liam Gallagher (No.34) and Liam Frey (No.6). 5 comedians including Justin Moorhouse (No.37) & Jason Manford (No.41) and 2 poets making the list.

Our celeb friends including actress Chelsee Healey (No.4), Radio and TV Presenter Terry Christian (No.13), actress come presenter Michelle Keegan (No.11), DJ Gareth Brooks (No.14) and DJ Clint Boon (No.21) are also right up there in the top 25.

Other friends such as radio presenter/DJ for Capital FM Wingman (No.60), singer Rowetta (No.65), MP for Manchester Central Lucy Powell (No.66), tour guide and writer Jonathan Schofield (No.75), radio presenter for Key 103 Mike Toolan (No.76), football correspondent David McDonnell (No.83), Capital FM radio presenter Sally Hudson (No.81), actress and owner of Annies Jennie McAlpine (No.92) made the list.

Though the conclusive results are interesting reading, we wonder what would happen if Emmeline Pankhurst, Tony Curtis and Anthony Burgess were still alive, kicking and using Twitter…

*By ‘Mancunian’, Peer Index means people who are from, or are currently living in our brilliant city.