Take a taste tour of Thailand with new menus at Thaikhun

Thai is one of the nation’s favourite cuisines, yet most of us order the same dishes out of habit and familiarity. But there’s more to Thai food than Tom Yum soup, Tod Man Pla fish cakes and Phad Thai noodles.

We went along to Thaikhun to get out of our comfy slippers and try some different dishes from other parts of Thailand where there are subtle differences to be found.

The street food of central Bangkok is well represented at this bustling Spinningfields restaurant, but the eclectic menu also features dishes from further afield – the north, north east and southern regions. These are the main areas where the cuisines differ due to climate, altitude, proximity to the sea and local produce. 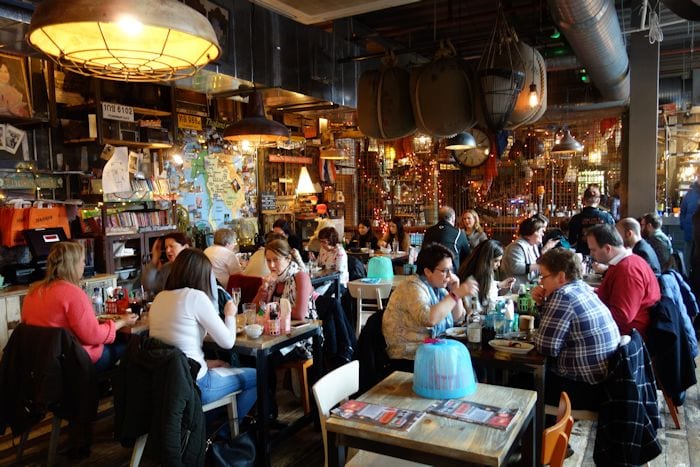 Many rivers converge in this delta making a fertile plain for rice growing. Food from this region tends to be the most complex – hot, salty, sweet and sour. Also with Bangkok being the capital, there are far more influences from across the country and outside of the country, particularly China. Street food vendors can be found on every corner and in every market selling their quick and tasty fast food. 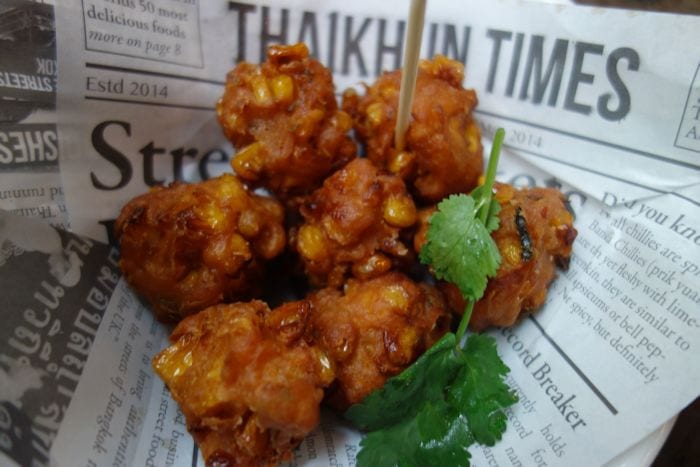 We tried two starters from this region. Tod Man Khao Pod sweet corn cakes (£5.50) are flavoured with red curry paste and aromatic kaffir lime leaves. They are a great vegetarian alternative to Thai fish cakes, and we actually preferred their sweet flavour and bouncy texture. 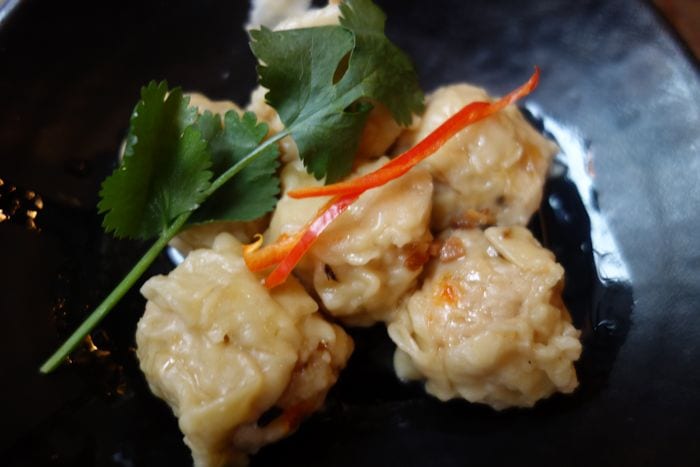 And Ka Nom Jeeb dumplings (£5.50), an age old Chinese import that have become a real street food staple in Thailand. Steamed pork and prawn balls made in heaven.

This area around Chiang Mai is much cooler with its valleys and jungle covered mountains. Food is milder, salty and sour, but rarely sweet. Green curries, steamed vegetables and sticky rice are particularly common. 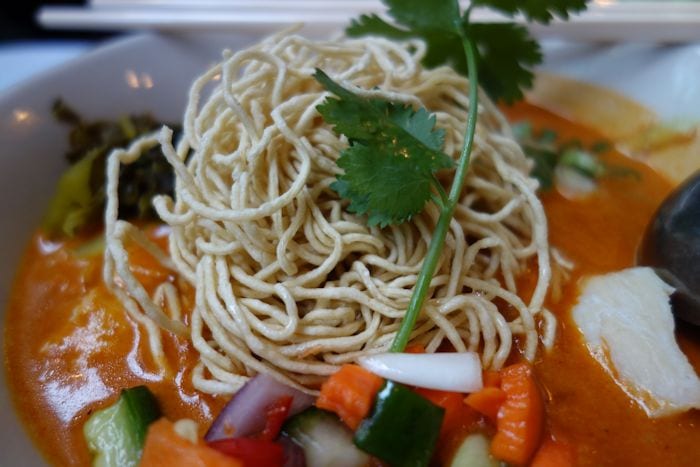 We tried the Kao Soi Gai curried chicken soup with crispy noodles (£11), a popular dish from Chiang Mai. Although the soup was much milder, it was also quite sweet with coconut flavours and fabulously crispy noodles adding texture. We really loved this thick soup.

The high plateau in the north east has lower rainfall and porous soil. There are fewer spices here and food tends to be simpler, salty and sour. Dishes can be hot, too, as a lot of fresh chillies are used to make up for the lack of spices. 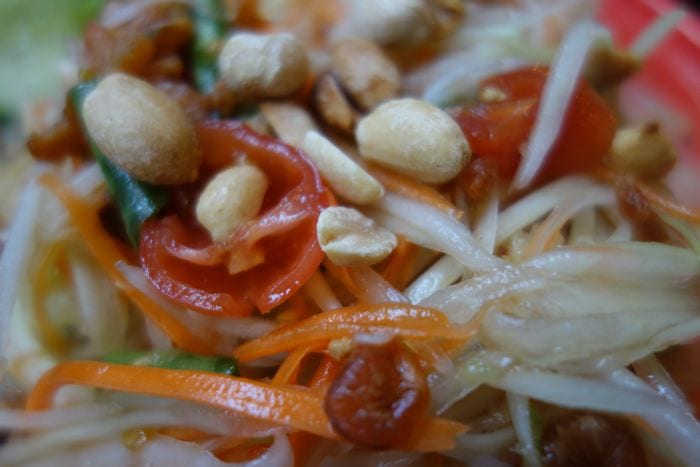 Bordered on two sides by tropical seas, the south includes many of the islands. Seafood is more prevalent here than any other region so they eat much more fish than meat here. There is an abundance of coconut trees, and the coconuts are used to sweeten the spicy curries made with local fresh turmeric. 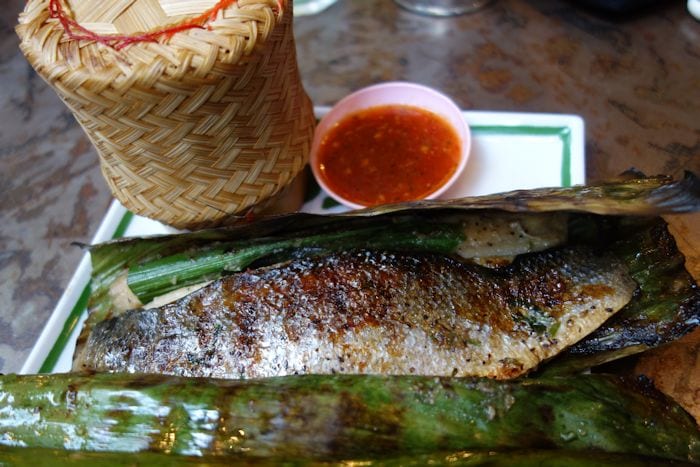 We ate Pla Pao grilled seabass fillet (£16) which comes beautifully wrapped in a banana leaf in which it has been grilled after charcoal. Marinated in oyster sauce, lemongrass, galangal and lime leaves, this main course is typical of the islands and brings back memories of my visits there many moons ago.

We really enjoyed this taste tour of Thailand without even leaving Spinningfields. It was refreshing to try new dishes and to try and spot the differences in flavours from each region.

Thaikhun has some real gems they’ve brought over and adapted. Why not give them a try and leave those comfy slippers off for once. You never know, you might just find a new pair you like even more.