All Star Lanes are offering a two for one cocktail hour... 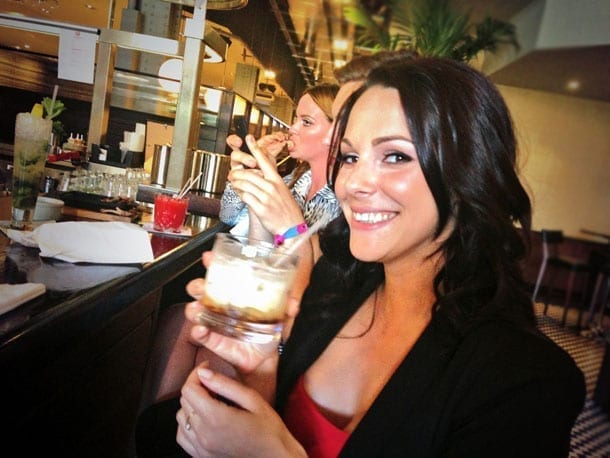 The 50′s chic bar/restaurant/bowling alley All Star Lanes are offering a two for one cocktail hour 4-7pm (that’s not an hour) every Monday- Friday until the end of July 2013.

Bar manager Alex McNeil came in on his day off to present each one to us. The Scotsman has quickly become one of our favourite bar tenders in Manchester. We first met him when he was over at the Living Ventures venue Grill On New York Street but since his move to All Stars has time and time again revealed his passionate knowledge for liquor.

Damn right we tried them all! Twice for good measure… 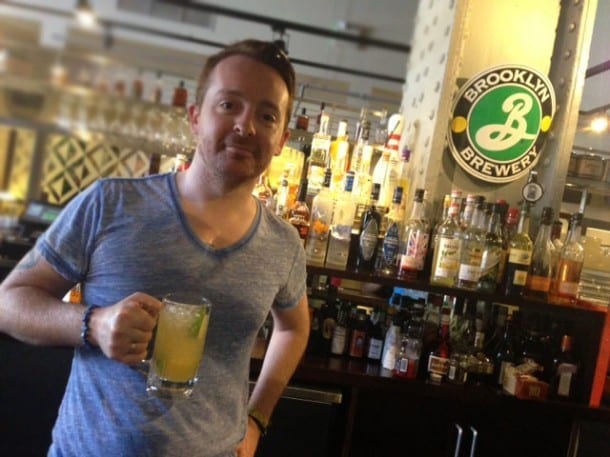 The Derby Royal (instant hit with Ginger), costing £7.50 includes Jack Daniels no7, vanilla, mint and lemon juice over crushed ice and topped with prosecco. Basically it’s a mojito cocktail with a good measure of Jack Daniels thrown in to make your taste buds tingle.

The Aloha Jar, costing £6.50 includes 42below passion fruit, orgeat syrup, lime and pineapple juice. This drink comes in a small jar (everyone and their Mother is serving cocktails in these Moonshine style jars) topped with a Hawaiian umbrella for decoration. Our Rachel says, ” It tastes like sex on the beach, its tastes holiday-y.” 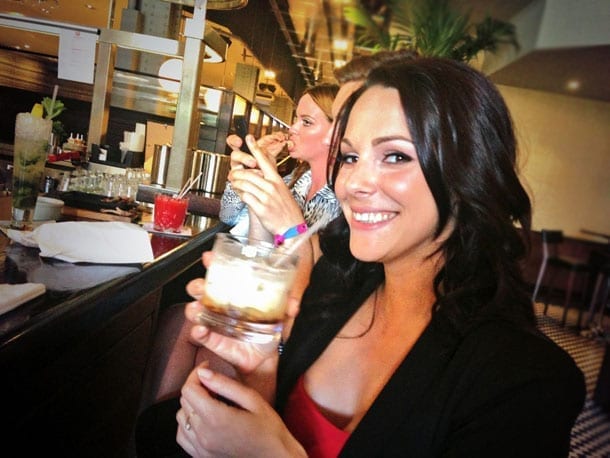 Alex recommends the Largarita which costs £7.50. He says “It’s basically everything that’s right in the world in a glass”.

The Largarita reminding us of a Zombie drink from ‘The Liars Club’ which contains copious amounts of Absinthe. The Largarita comes in a similar ale style jar and contains Eljimador Blanco, fresh lime and agave syrup topped with Coors Light beer – instant hit with the fellas.

The Raspberry Bramble at £6 contains Bombay Sapphire, raspberry purée and lemon juice. It should be enjoyed pre night out with the girls. 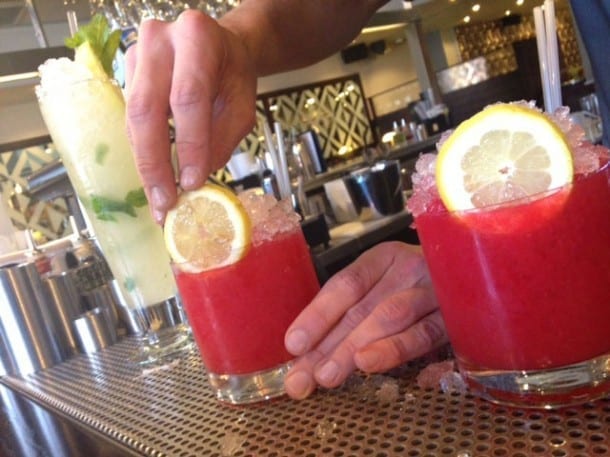 The Caucasian at £7 is the same drink from the film ‘The Big Lebowski’. It contains Finlandia and Kailua stirred with cream. It comes with a red cherry floating on top and is served in a large whiskey glass. It’s a real mans drink with strong alcoholic flavouring. 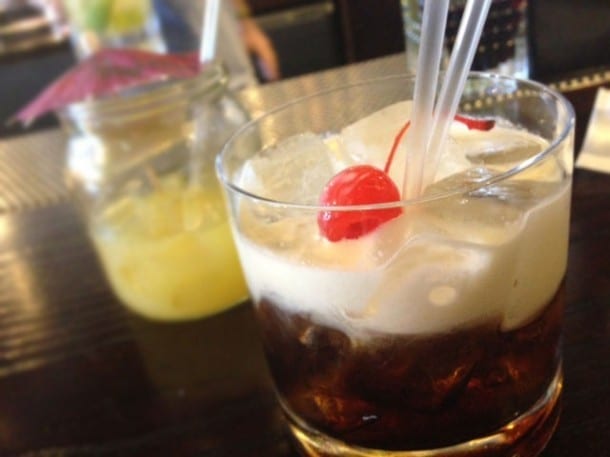 Finally the Moscow Mule at £7.50 contains Finlandia, house made ginger syrup and ginger beer. All of the ginger flavour in the drink makes it taste like a huge ginger nut biscuit.

If cocktails isn’t quite your bag, they offer a bucket of Coors Light (5 bottles) for £16.