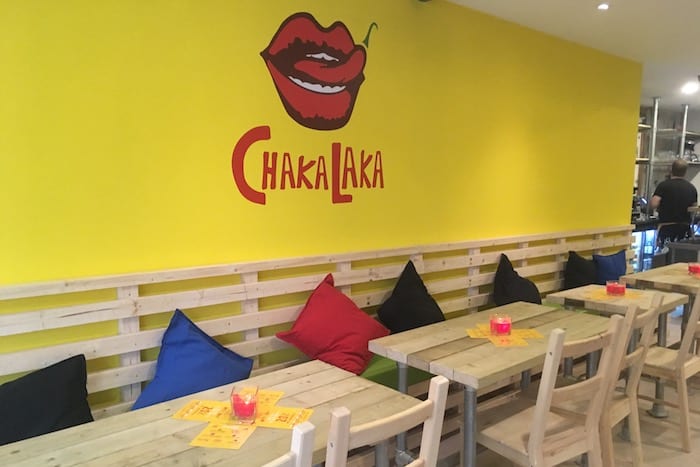 There’s a taste of something new in the Northern Quarter – with the launch of the first independent South African-themed tapas bar, Chakalaka.

It’s not hard to spot the newly-opened venue with its bright yellow and red painted exterior, a theme which continues inside with bright colours inspired by the South African flag.

The restaurant is the brainchild of Stewart Dean, 32 and Chris Plotts, 24.  The pals have both worked for large hospitality chains for some time – but decided to invest their own money in creating a new independent restaurant.

“We had spoken for some time about doing our restaurant, and we think we’ve found a niche in the market,” says Stewart. “We looked at a few different cuisine that hadn’t been done before and with South African, there are great tastes but it’s also really wholesome – it’s proper grub.

“And all the names of the food, it’s great for branding.  We’ve got jarffles (toasties), roosterkoeks (fresh bread balls) and of course chakalaka which is a type of relish which the bar is named after.” 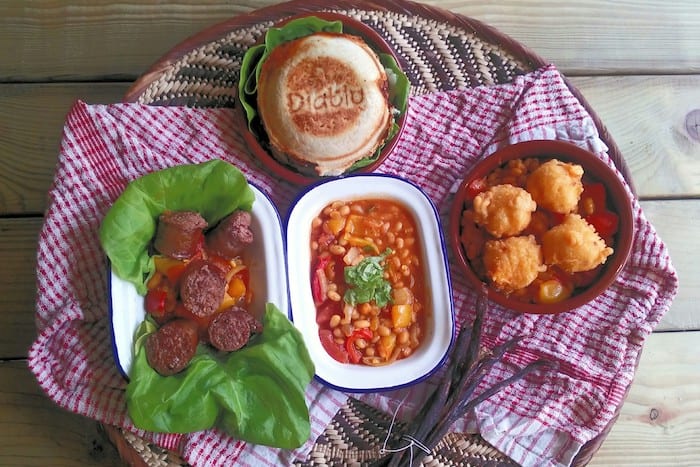 Chris said: “We didn’t really realise just how big the South African community was in Manchester, on the first night we had at least ten people pop in who said it’s great that we’re doing this.”

They’ve opted for tapas style to create dining as a “social event”, and there’s an extensive range of South African themed cocktails.  They include a rooibos tea martini, a spicy chakalaka margarita and peaches and cream with Amarula.

The restaurant is based on Oldham Street in a former Grade II-listed townhouse that was formerly a tattoo parlour. 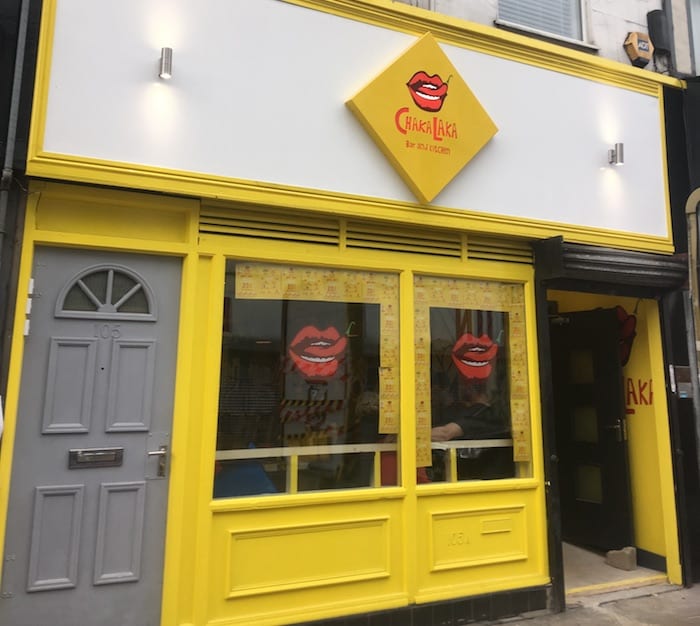 They decided to go to town with their colours to stand out from the crowds.

Stewart laughed: “When you look at the Northern Quarter it’s very subdued in blacks and greys so we wanted to go against the grain, be bright and really stand out in the area.”

They have launched with a small menu of tapas ranging from £3 to £5, but say they’ll will expand the kitchen offering if there’s an appetite for it. 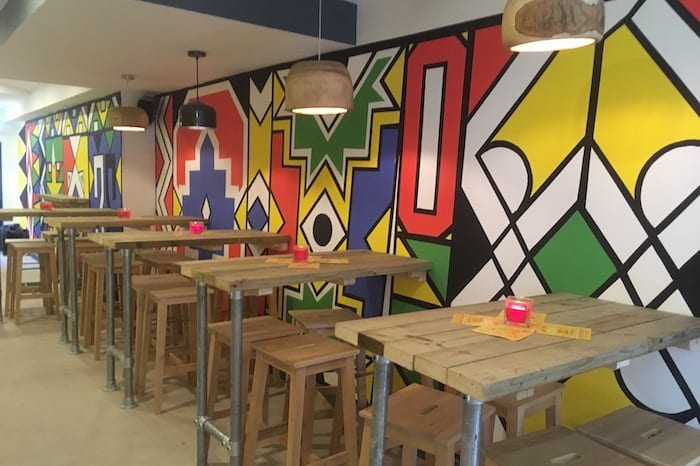 “Because it’s so unique and people may not have heard about all the food on there, we want to test it out first and see what people think,” says Stewart. “But we are an ambitious business and we’d like to expand that menu.”