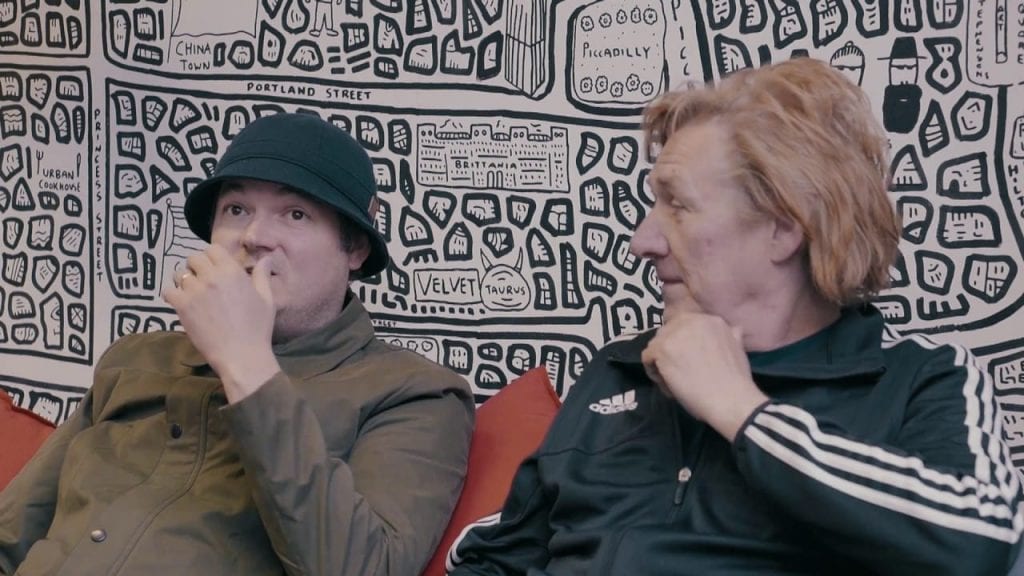 Some big movies are due to be released later this year. There’s Spider-Man: Homecoming, War For the Planet of the Apes and Wonder Woman for starters. But the film we’re looking forward to most is Piccadilly Rats Live in Moderation.

In case you’re not from Manchester, or you just haven’t heard of them, the Piccadilly Rats are one of Manchester’s best known bands – despite not having made a record.

That’s because they’re buskers. They’re a kind of pound shop Oasis who can be found entertaining shoppers on Lever Street most Saturday afternoons.

They’re as Manc as a half-eaten tray of chips and gravy left on a bench in Piccadilly Gardens. But the Piccadilly Rats are no ordinary buskers. They’re not in the first flush of youth. In fact, their combined age is probably well into the hundreds. And, like most Mancunians, they don’t take themselves too seriously.

They started busking in 2013 and wanted something that would set them apart from other street performers.

“We bought a rat’s head for the drummer, he put it on, and within minutes people were throwing money at us,” says founder member Gaz.

Their fame grew and last year they reached an audience of millions when they appeared on Judge Rinder in a case about a malfunctioning mankini.

Film maker Nathan Cunningham decided he wanted to make a film about the Rats before anyone else did.

He began shooting in January 2016, but what started out as a half-hour documentary has become a full length film about the trials and tribulations of Manchester’s favourite street performers.

Like the time Tommy fell off a float at the Irish parade, fracturing his eye socket and breaking four ribs, and the St George’s Day Parade when it rained all day.

The film doesn’t just show them performing. It goes behind the scenes and films them in their own homes. “When you scratch beneath the surface there’s a lot of hardship,” says Gaz.

But there are triumphs, too.  The final scenes of the film were shot at last year’s Kendal Calling festival where they managed to get a slot on the same bill as Noel Gallagher’s High flying birds, Madness, and The Charlatans.

“We thought it was going to be another disaster,” says Gaz, “but it was the best gig we’ve done.”