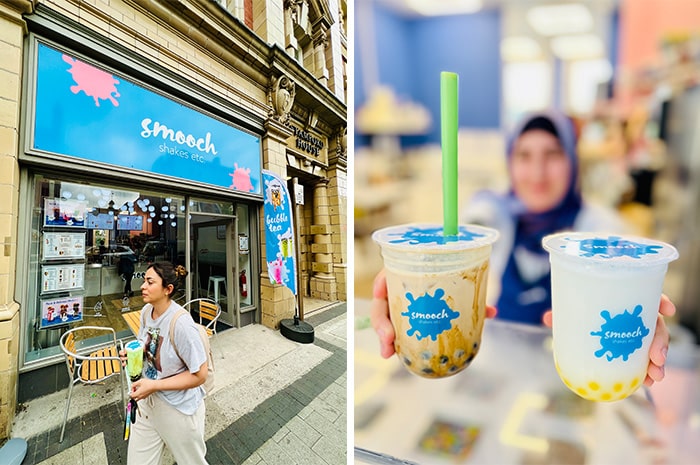 Smooch, an independent dessert bar based in the heart of Altrincham, has provided the northern town with sweet treats since October, including their signature ‘dirty Biscoff with tapioca’ and soft-serve ice-cream milkshakes, smoothies, and waffles.

After just six months, the shake and bubble tea shop is already a massive hit, with the local kids queuing out the door after school. There are at least four schools in the area, and the cafe sits right next to the Altrincham Interchange.

“If you were to stand near the door after 3pm in the week, you’d be flattened by school kids,” says owner Peter Donoghue. “Those two hours keep our lights on through the week.”

To appeal to the nighttime economy and over-18s at the weekend, Smooch is putting Altrincham on the map with the first alcoholic bubble teas in the North.

Altrincham-born and bred Peter saw a gap in the Greater Manchester market when he realised there was nowhere outside of London serving boozy bubble teas. So, together with his wife, they launched a new menu featuring cocktail-inspired bubble teas, including piña colada, Bailey’s and mojito flavours. 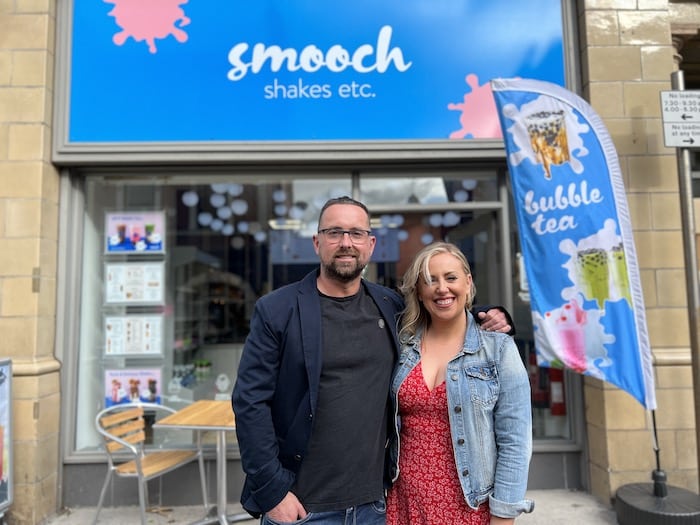 Bubble tea, also known as boba, is a Taiwanese import that has taken over high streets in London and New York. The drink typically consists of a tea base, milk, ice, and chewy tapioca pearls, served in a plastic cup. Altrincham has jumped on board the bubble tea boom, with the fruit and milk tea versions being Smooch’s most popular offerings.

Since bubble tea was introduced to the UK, popularity has soared, with an estimated 250 dedicated bubble tea stands across London and the south of England.

Mr Donoghue loves the community spirit of locals and businesses in the northern market town. “I’ve seen Altrincham go through many highs and lows over the years, but I love what the town has become.

“There are some excellent bars and restaurants here, and we want to complement that with something fun that can be enjoyed by kids and adults. The bubble teas have been our most popular item, and we’re hoping the alcoholic versions will be just as popular.” 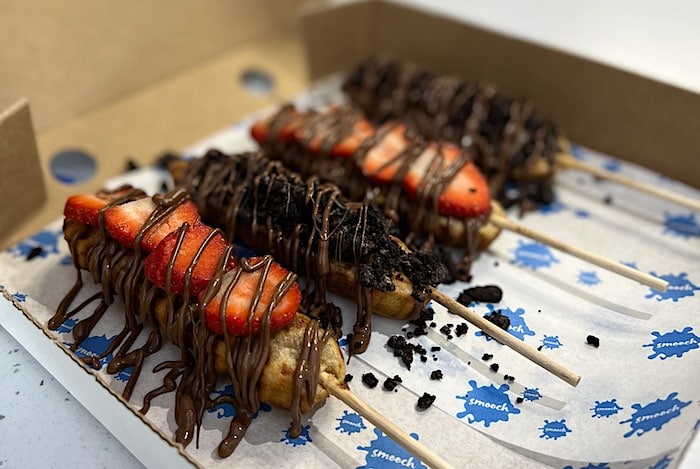 The menu expansion will also include mocktails and a wider lunch offering, including vegan options.

Smooch’s cocktail teas will be available on Deliveroo, from £4.70.

Peter has grand plans for Smooch, with a second Smooch shop in Greater Manchester this year.