More than 300,000 Mancunians have crossed the finish line on Deansgate since the first Great Manchester Run in 2003.

This year it’s music to runners’ ears as there’ll be more on course entertainment points than ever before. It’s your chance to show people what you’re made of and help raise funds for a cause close to your heart.

If you’re not much of a runner, don’t let it put you off. Whether you run, jog or walk, it really doesn’t matter how you do it. All that matters is that you do it.

And it’s not all hard work because there’s plenty of fun to be had along the way as the city centre streets come to life. 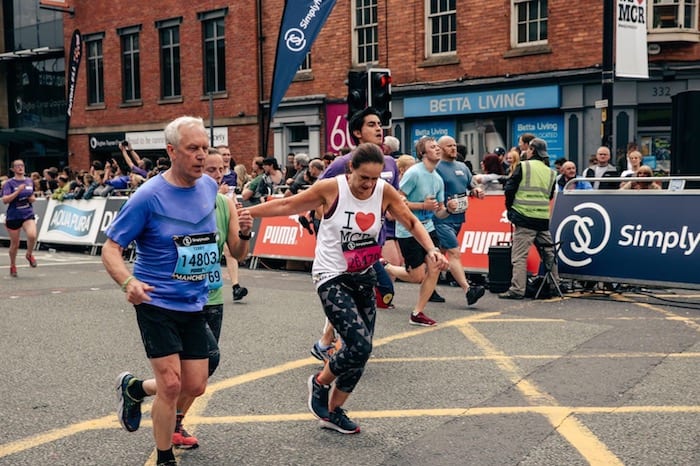 With regular music zones, local DJs, live bands, choirs, drummers and loud and proud cheering points for your nearest and dearest to show their support, the streets will be booming with top Manc music anthems.

If you’re still unsure whether or not to sign up, here’s what’s in store for everyone taking part in this year’s run. And remember, if you get jealous at any point, all you have to do is hit the sign up button below to join in with the fun.

Manchester music icon and radio presenter Clint Boon is back at this year’s event and this time his Boon Army Stage has been moved so runners can hear him twice at both the 10k and half marathon routes. 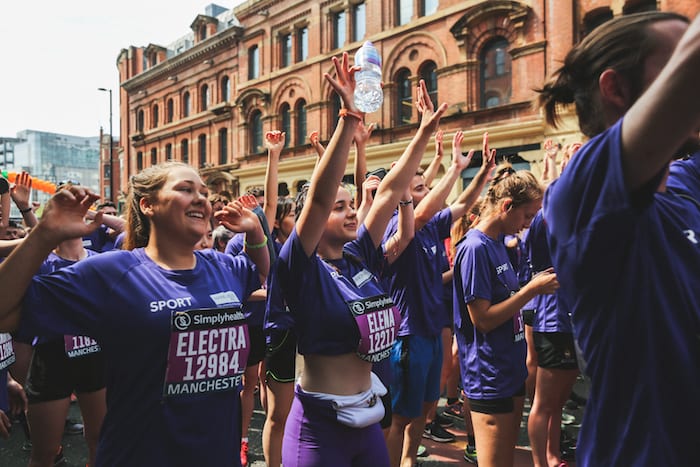 Calling it his favourite gig of the year, the DJ and Inspiral Carpets keyboardist will be playing the city’s most famous anthems from the likes of the Stone Roses, Oasis and James.

Also blasting out the tunes along the 10K route is local DJ and model Helen Stelling Holt. The Manchester face will be playing an upbeat party house music mix with R&B, funk and disco tunes outside Old Trafford.

The Halle Youth Ensemble are also back for the event and will be located outside Bridgewater Hall on the first mile. Prepare for some recognisable pieces expertly performed by young members of Manchester’s symphony orchestra and get ready to be inspired to smash that 10K goal. 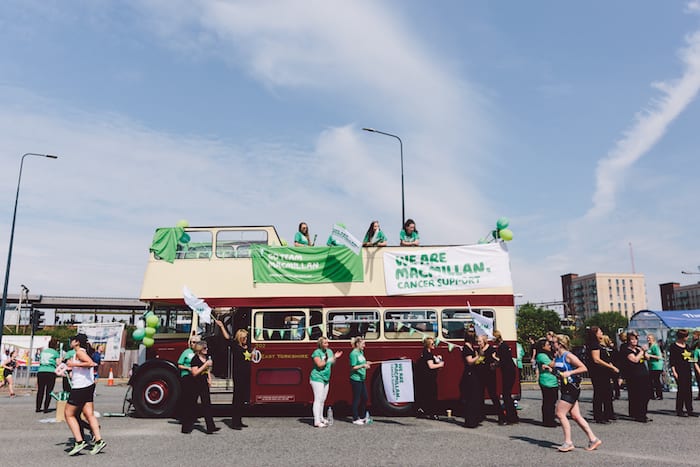 Nothing gets the blood pumping like a good set of percussions. The Batala drums from Batala Mersey will be the driving force behind this year’s runners, promising rhythmic beats blending reggae and samba, the perfect running accompaniment.

The vocal talents of Chorlton Ladies Choir will be serenading half marathon runners to the finish line with covers of Manc favourites Oasis and Elbow.

The Simplyhealth Great Manchester Run offers both a 10k and half marathon distance, with both taking place on Sunday 19th May 2019.

Not signed up yet? Hit the button below to get involved now.