Interview: Simon Martin – the chef who brought a Michelin star to Manchester

It’s only been open a year, but this week restaurant Mana in Ancoats won a Michelin star – the first in Manchester city centre in over four decades.

Chef Simon Martin, who’s just 29 years old, is still processing the news when I meet him, proudly wearing his newly acquired Michelin jacket, in his restaurant the following afternoon.

“I was so nervous!” he says about the Michelin awards ceremony, which was held in London but live streamed and followed eagerly across the country. “I couldn’t get my words out. It’s only just starting to sink in. I’m crying every 20 minutes.”

It’s quite the accolade for a man who admits he didn’t initially want to be a chef.

“I was doing Motocross [off-road motorcycle racing], but I had a really bad knee injury. My dad rang up the Chester Grosvenor and said I wanted to be a chef. I didn’t. But I went to the interview and got the job. I was 15.

“I actually wanted to go into the Royal Marines but I couldn’t because of my knee. But I was attracted to discipline, and I found that good kitchens had that.”

After two years in Chester the young chef went to Australia and worked at Gordon Ramsay’s Maze amongst others, then did consultancy work so he could get the money to intern at Noma in Copenhagen aged 25. He completed the internship and stayed for three years.

What was it like working at the best restaurant in the world?

“It was amazing,” he says. “Hard. You sacrifice your entire life to work there, but it’s a good sacrifice to make. The way I looked at food there was completely different.

“The most difficult thing about cooking is that you’re working with two things that are completely opposing – science and art. You need a balance – creativity and passion but also processes. For consistency, otherwise one day you might be brilliant and the next you might as well be in Burger King.”

It’s also important to have a good team in place, says Simon.

“You can’t be a businessman, a scientist and an artist at the same time. Well, I can’t. It’s all about who you surround yourself with, people who complement your strengths and make up for your weaknesses.”

Simon, who was born in Warrington, returned to Manchester to open Mana – mainly to be reunited with his girlfriend of ten years, who’s a nurse in Salford. “I had to come back,” he smiles. 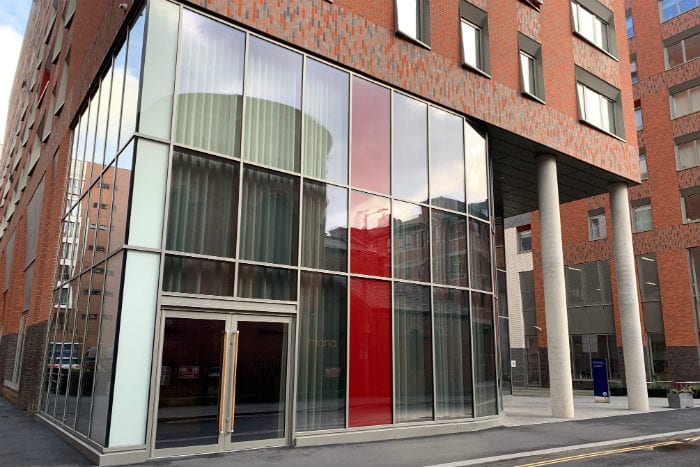 But opening in Ancoats itself was purely by chance, he says. “We’ve been very lucky.”

The success of Mana’s first year is clearly not just down to luck, though.

Was getting a Michelin star a surprise after all that?

“Getting a star is something I’ve always wanted, probably within a few months of being in a kitchen,” says Simon.

“The Michelin Guide is a sure sign of quality. It’s a guide you can trust. It’s the only one that’s really important. The inspectors are anonymous, it’s not spread out to public votes where people can be biased, and it’s a really small team. I’ve never been to a starred restaurant and been disappointed.

“To be in the Michelin family is amazing. It’s always been in my career, I’ve worked in Michelin starred kitchens, and you really learn to cook in them.”

The Michelin Guide is useful not just for users but for chefs too, believes Simon.

“My sous chef is 21, and he’s now sous chef of a Michelin starred restaurant. That’s the biggest testament to him. Hopefully he’ll never leave! But if he did, he could get a job anywhere. The Michelin Guide shows everyone else that he can cook.”

Did the restaurant have any inkling that they had Michelin inspectors in at the time?

“Obviously the inspectors need to remain anonymous – I didn’t know they were here,” says Simon.

“But they told us the next day. He came back and I had a chat with him. They want to look around and meet everyone. He was here for about an hour, it’s almost like an interview.”

Simon, whose restaurant also scooped numerous awards at the Manchester Food & Drink Festival Awards, hopes the impact of the Michelin star will resonate beyond Mana across the city. 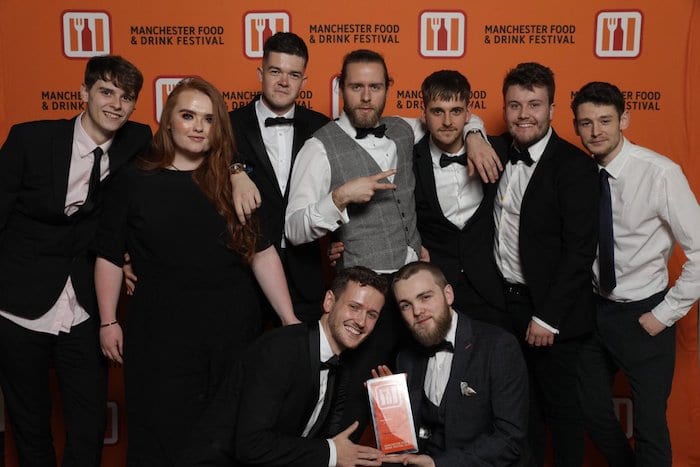 “Maybe people might want to come here and eat and then stay for a couple of days and eat at the other really good restaurants we have here. If us having a red plaque on the door means we can help support other Manchester businesses, especially in Ancoats, then that’s amazing.”

And where does Simon, who lives in Ancoats near his restaurant, like to eat when he’s off-duty?

“Hawksmoor!” he replies. “And I love Tokyo Ramen, and Rudy’s. You can get a brilliant Neapolitan pizza at Rudy’s for under a tenner.  Oh, and I love the chicken wings at Second City, too.”

So what’s next for Mana now it’s got a Michelin star?

“As of tomorrow, we’re pushing for two stars. We’re going for it. We know what we need to do to move forwards. We’ve grown so much over the last year.

“I really want it and the team do too.”

If anyone can, Mana can.