Shack attack! The word on the street (food) 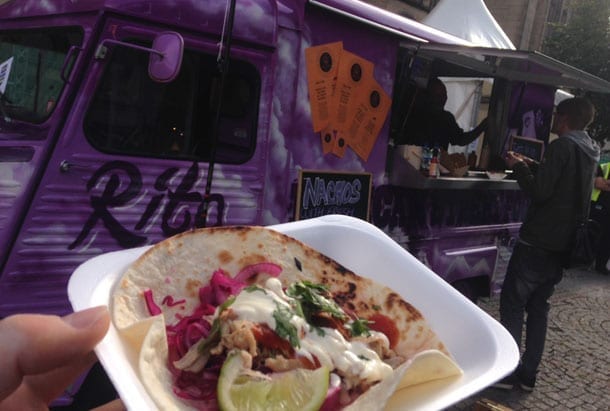 Things are hotting up on Manchester’s street food scene.

The new kids on the block, Friday Food Fight from BeatStreetMcr, have finally broken cover about the venue – they’ll be occupying Upper Campfield Market for 12 Friday’s on the bounce, starting early March.

“…just as happy munching something out of a van as they are sitting down to eat in a restaurant.”

As well as food from the likes of local favourites Solita, Umezushi, Yang Sing, Nutters and Ning, relative newcomers Red’s True Barbecue and Lucha Libre and out-of-towners like Diamond Dogs and PiggySmalls, there’ll be ‘choons’ from the Warehouse Project DJ types. Catering newbies are given the stage too, after winning a series of ‘cook offs’ to be part of the line-up.

Food raves. Clubbing with hot dogs instead of white gloves. Hugs not drugs? More like craft beers and cocktails.

It will certainly elevate the street food movement in Manchester though. The Guerrilla Eats collective had been bringing street food traders together in Greater Manchester for a good while, whereas #FridayFoodFight is pinning itself to one location. 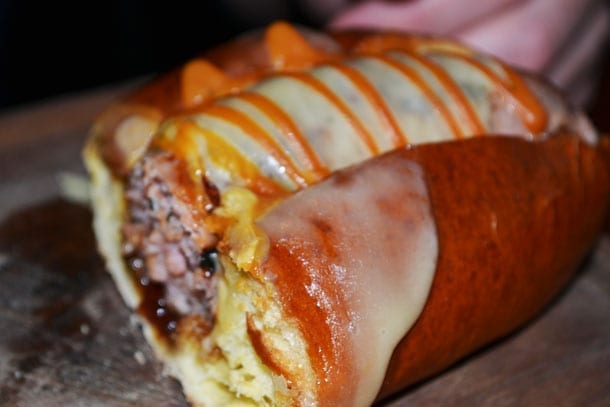 The foodies of Manchester are now just as happy munching something out of a van as they are sitting down to eat in a restaurant. It’s the experience they crave as much as the food. The feeling that they are part of an as yet unspoilt trend, connecting to that most treasured of assets – ‘authenticity.’ There’s always the far that ‘authentic’ experiences can quickly get a bit sterile however, when it’s neatly packaged for middle class twentysomethings with an Instagram account and a natural disposition to pay £4.50 for a bottle of beer.

I once had some authentic street food in Hong Kong about six years ago, on a midnight ramble between bar and hotel. Some of it was great, some unidentifiable and plenty of it was a bit rank.

It’s all about the operators though, and anything that a) gives more attention to good local food vendors who might eventually want a permanent restaurant or b) brings up the best of London’s street food vendors (again, showcasing the city to them as much as the other way round) can only be a good thing.

A good example is Margo & Rita, the Mexican street food mob who have now occupied the kitchen in The Beagle in Chorlton permanently.

London has led – as London normally does – the street food trend and there are dozens more exciting operators out there that we’ve yet to experience in Manchester. If our city catches their attention thanks to events like FFF, all the better.

It is possible to get street food wrong though? Thankfully, London appears to be leading that trend too.

Step forward Lanes of London, roundly hammered this month for dropping a street food menu into their Mayfair restaurant.

The Independent called it ‘an early candidate for Most Wrongheaded Restaurant Concept of 2014.’

Jay Rayner calls it perfectly in The Observer when labelling the street food movement in London as ‘reconditioned campervans knocking out stuff that makes sauce dribble down your forearms, some of which is great and a lot of which is stuff in a bap flogged for £6.50.’

Of Lanes, he says: ‘As exercises in missing the point go, they don’t come much better.’

So the street food scene can definitely grow in Manchester. But it needs to stay focussed. It’s that ‘authenticity’ thing again, isn’t it?

So keep it real, as I believe the young folk say.