South Manchester is full of opportunities for aspiring food and bev owners. A certain amount of it is right place, right time, but the formula needs to be spot on.

The Heatons are full of discerning people happy to part with their cash for the right offering. Heaton Hops is a prime example of hitting the right audience with the right product. This bijou craft beer bar combines the friendliness of a great local pub with the variety and look of a contemporary tap house. It seems so simple but the Hops undoubtedly has the edge on the nearby Shaw Road outlet.

The Boundary in Heaton Mersey is the latest project from former Lawn Club operator James Wrigley and his partner Hannah. It’s pleasantly green inside, not as full on as The Botanist, but the plant life makes for an airy, pleasant decor with designs from Media City’s Drumbeat dotted around the space. 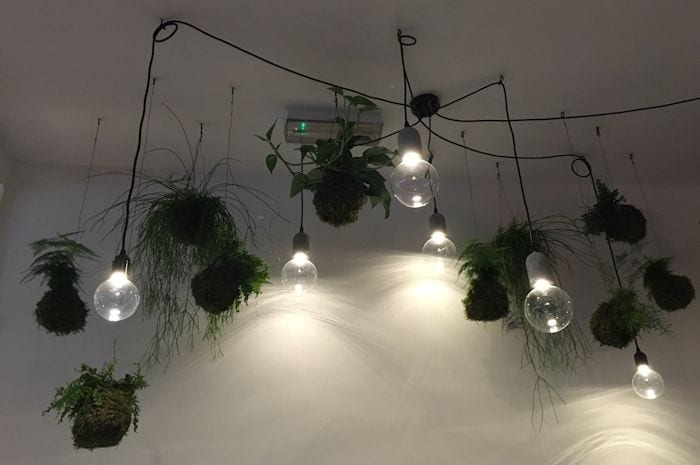 When we visited on Sunday afternoon for a bite to eat and a beer, the place was almost at capacity. It’s not a huge unit but they’ve utilised space around the perimeter of the bar and it seats a more than respectable amount. The drinks selection is a great compromise with a fair few mainstream lagers and big daddy beers from Brooklyn and Lagunitas mixed in with Shindigger and Alphabet Brew Co. It’s encouraging to see the standard for beers, wines and spirits improve, and the Westcoast Pale by Shindigger is spot on.

Roast dinners were flying out and looked promising but I opted for the Shredded Lebanese Chicken with harissa, lemon & coriander yoghurt. 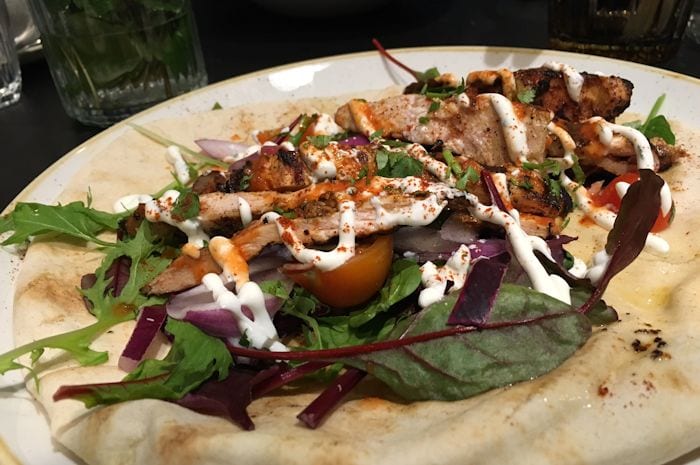 It was flavoursome and fresh but a little steep at £10 as it didn’t seem to justify the horribly ambitious term ‘big plate’ (Voltini at the Refuge, for example, offers flavour and decent portions despite being ‘small’ plates).

But, mild criticism over, the style and execution is just right. It’s a varied, tasty menu that satisfies without tripping itself up. It’s also nice to see sourdough from nearby Trove on the menu.

For Heaton Mersey locals not wanting to struggle for seats in Heaton Moor or pay the cab fare to Didsbury, The Boundary is a solid choice, catering to families in the day team and looking like a refined, cosy, neighbourhood drinking spot for the evening.

Still being somewhat distant from other decent bars, its appeal is very much with locals at the moment, but it’s a much needed addition to an area crying out for a bit of class.