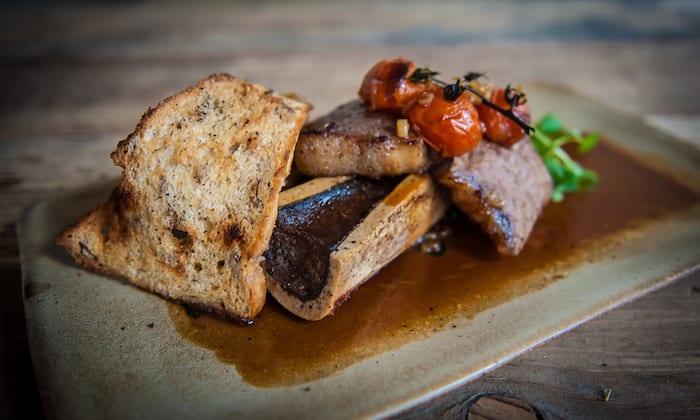 This could sound like the biggest culinary car crash imaginable. But there’s common ground. Carlo Distefano’s £40m success story has always been based upon sourcing the finest possible ingredients. ROB has long championed the bounteous produce of his home ground.

So their coming together in the seasonal pop-up restaurant Feast, on the site of 47 King Street West – just across the road from San Carlo’s flagship restaurant – makes a kind of sense.

The venture sprang from the imagination of Carlo’s son Marcello, the group’s managing director, who wanted to deliver a winter menu and ROB immediately sprang to mind as the chef to deliver it.

“We’re fans of Rob Owen Brown,” said Marcello “and collaborating with him has been a great experience. It’s good to have some fun with a concept and we share the same passion for great food and produce.” 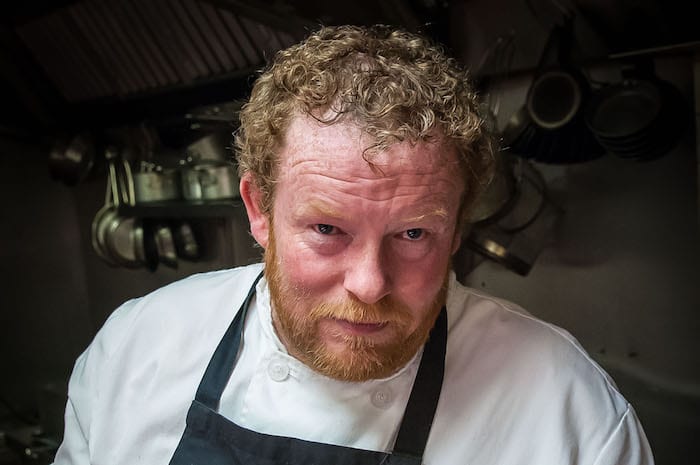 ROB, said: “Feast is a meeting of minds and passions; it’s great working with an operator at the top of their game and one that cares about provenance as much as I do.”

They were still testing fire alarms when we gathered for Feast’s press launch, just four days after the winter wonderland themed decor began to be assembled. Why not a Christmas theme? I’ll come to that later. The usual suspects were greeted by ROB and Carlo with one of Feast’s signature cocktails, a warming Woodland Old Fashioned composed of Woodford double oaked bourbon, 10 years old tawny port, syrup, bitters and orange zest. I’m not, by nature, a cocktail enthusiast who ventures much beyond gin and tonic but this was a down home darling.

The menu at Feast looks one hundred per cent Robert Owen Brown and zero per cent San Carlo, but one hopes that the latter’s uber-slick operation is going to showcase some brilliant British dishes in the manner they have long deserved, not least with the main man pulling the strings.

This is the stuff of culinary dreams. Fantastic local ingredients handled with consummate skill, presented beautifully but not tragically over-cheffed to the degree that ego overcomes provenance.

Starter samples of Loch Etive salmon with clementine oil, caviar cream and fresh seaweed; hot buttered Brixham crab claws served with an optional oyster and Bloody Mary shooter; plum and rum tobacco-smoked Cheshire venison carpaccio and aged balsamic vinegar roasted fig with pomegranate, pumpkin and dates are all priced  between £6.50 and £8.50 – and all bang on the money. ROB’s ability to coax such flavour from salmon, so often so boringly bland, is a tribute to his skills.

We are, in this part of the world, fortunate to be surrounded by produce of such world-class quality and ROB possesses the alchemist’s skill to turn this bounty into culinary gold. His desserts were no less burnished. The dark chocolate terrine, marinated cherries and thick brandy cream was better than the best Schwarzwälder Kirschtorte  – okay, Black Forest gateau – you ever tasted as was his spiced honey and Vimto poached pear, paying lip-service to the legendary Mancunian ‘claret’.  All desserts are £6.

Feast opens today and will offer breakfast and all day dining ‘til late, seven days a week throughout the festive season until early January, evoking the beautiful winter forest and woodlands of England.

There’s no deliberate Christmas theme so is this a clue that this inspired pop-up will not pop down again in early January, its envisaged lifespan? My guess is that, with support, it won’t. And it shouldn’t.