With its retro furnishings and decor, when you walk into new bar Sammy’s it’s like taking a step back in time.

The cool new Ancoats venue is decked out entirely in vintage styles from the 1970s, and has been causing quite the stir since opening on Swan Street a fortnight ago.

Hidden with no signage, from the outside the bar could be mistaken for another takeaway on this neon-clad section of Swan Street – particularly as the unit was formerly a chippy.

But once inside, you are transported back in time to a world of patterned wallpaper, wooden panelling, canary yellow seating, Tretchikoff paintings and old black and white portable TVs.

Click or swipe below for a full gallery of images:-

The bar itself is a retro glass-topped dream, with vintage champagne flutes and cocktail glasses served direct from a white 1960s drinks cabinet.

The cocktail menus are displayed as polaroid pictures, whilst you might also find some rather risqué magazines from the past dotted about on the Ercol tables.

The venue is the brainchild and passion project of Sammy Shonn, who has returned to his Manc roots after years spent in the restaurant world in London.

Sammy’s is currently drinks only, but he has plans to open a deli kitchen alongside the bar in the next few months. 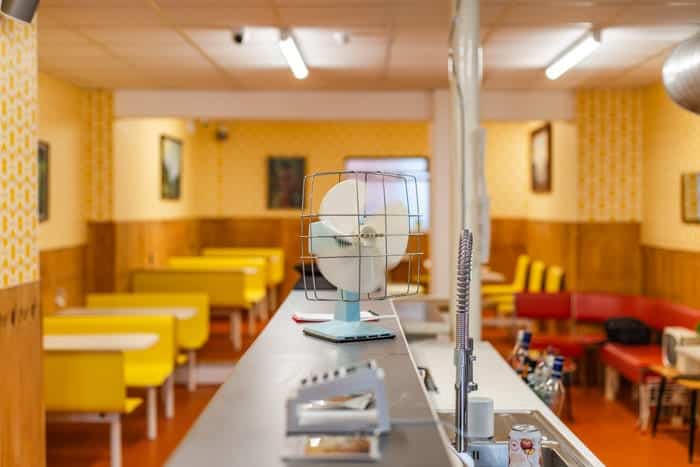 “I started out with a mood board and imagery of an old 70s Wes Anderson vibe – and then went out and found old rolls of original 70s wallpaper and wood panelling. I think the chairs are the best feature. I went for really expensive old school benches especially made for me in the colours I wanted and then went around picking really unique 70s pieces.

“People come in and say ‘is this the old original interior of the chippy?’ and that’s a great compliment to me.  But in reality I had to rip everything out and start again when I first came in here.”

So impressive are the interiors that just two weeks after opening, Sammy has already been besieged by requests to use the venue for fashion photoshoots and filming. 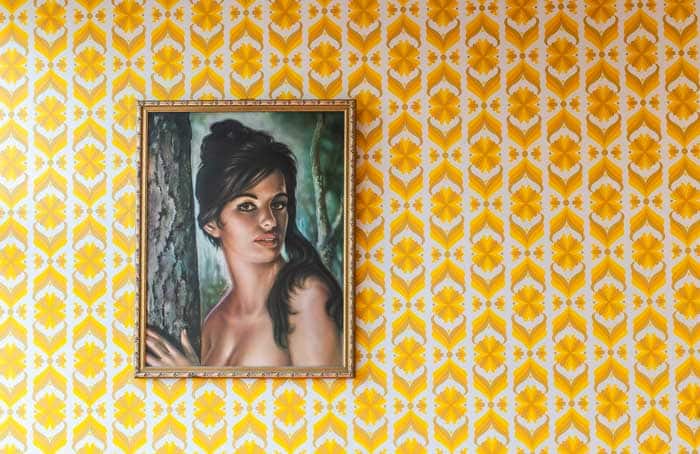 But for Sammy, what his venue is all about is giving people a real old-fashioned welcome.

He says: “I want to give people something you don’t always get any more – just making them feel really at home when they come in here. This place is like an extension of my lounge.  It has got so soulless out there but here we are all about looking after people and so far so good. People have been coming in and saying they love the space and have never felt so at home.”

Sammy has deliberately not added signage to the exterior as he is hoping the bar will become the sort of hidden gem that people love to discover for themselves. 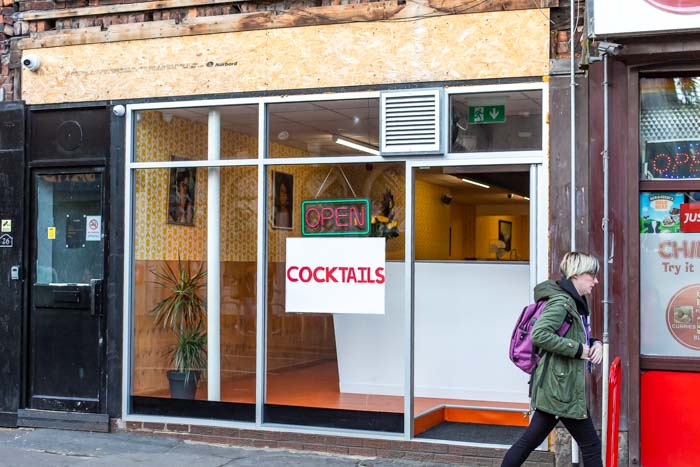 He says: “I don’t want a sign. I want people to come and find us, stumble across it and when you do, it’s your baby.”

And so far so good for Sammy. Since opening on August Bank Holiday weekend, it’s been all rather hectic.