Salford to get world class entertainment and cultural venue 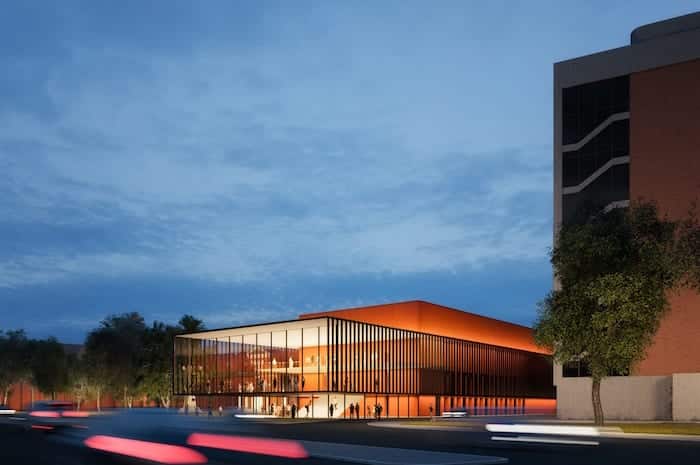 An ambitious project to revive a historic music venue and create a modern cultural hub and event centre for Salford has been unveiled.

The redevelopment of the University of Salford’s historic Maxwell Hall will create a large auditorium with flexible layout options and add to a growing list of cultural assets in Salford, including successful arts venue Islington Mill, Sounds of the Other City music festival and the continued growth of the creative and digital sector at Salford Quays.

It is aimed at creating a world class entertainment and cultural venue for both students and the wider public.

Maxwell Hall has a rich history and is one of the cultural centre pieces of the university campus. It has hosted a huge range of acts including the Smiths, Pulp and The Charlatans. The aim is to attract acts of that calibre in the future, putting Salford back on the music venue map. 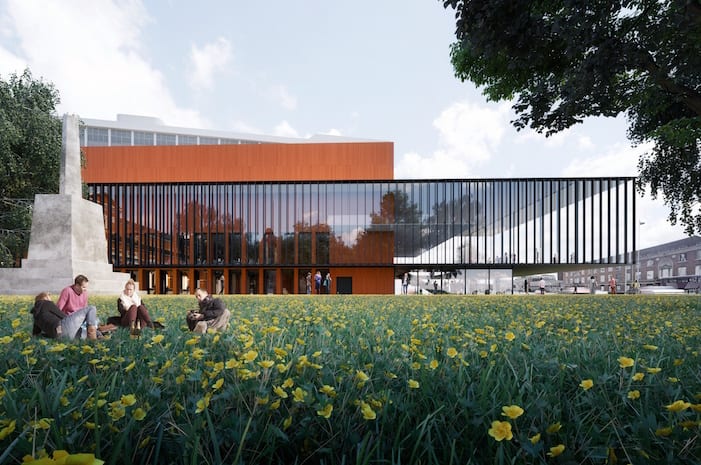 When completed, Maxwell Hall will be an iconic new building along Salford Crescent and the A6 corridor and provide a unique venue for the city and region.

It is all part of the massive £800m Salford Crescent masterplan that has been jointly developed by the University of Salford and Salford City Council to outline the vision for a new city district in the heart of Salford.

Developing new cultural opportunities is at the heart of the masterplan and in recognition of this potential to grow the cultural economy in Salford, the Salford Culture and Place Partnership – a collaboration between the University, The Lowry, the city council and other partners – was established to drive cultural activity across the City.

Huw Williams, chief operating officer at the University of Salford said: “This is very exciting announcement for the University and the whole of the city. We are committed to bringing Maxwell Hall back to life, to create a vibrant space for the benefit of the whole community as well as our students. 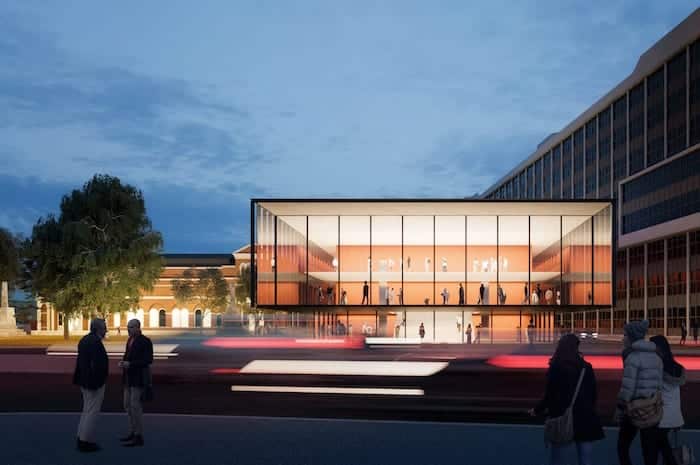 “As the centrepiece of our campus, and given its proximity to the A6, the Salford Crescent masterplan has identified the need to retain and redevelop Maxwell Hall as a cultural and performance venue for both students and the general public, as well as creating new spaces for conferences, events, short courses and executive education.

“Maxwell Hall has a long and distinguished history of attracting a broad range of acts and talent from across the UK and we want to build on that. We are also aiming to attract high profile conferences and events.”

While the University will be investing a large amount of capital in the project, matched funding will need to be raised for part of the estimated £15m project costs and the University will work with partners to ensure the ambitious scheme goes ahead.

The redeveloped hall will provide an ideal venue for industry collaboration, mainly but not exclusively, in the cultural industries. It would also provide an opportunity for students to work hands-on in event management, hospitality, front-of-house, sales & marketing, customer care as well as a wealth of roles associated with the production and delivery of cultural events including sound production, set design, performance and broadcasting.

Architects Flanagan Lawrence have been involved with high profile cultural projects in the past, particularly in Sunderland with the huge regeneration of the Fire Station Auditorium, which will create a specialist music venue for the city.

They have also worked on the Performing Arts centre for the Royal Welsh College of Music and Drama in Cardiff, and the Laidlaw Music Centre for the University of St Andrews.