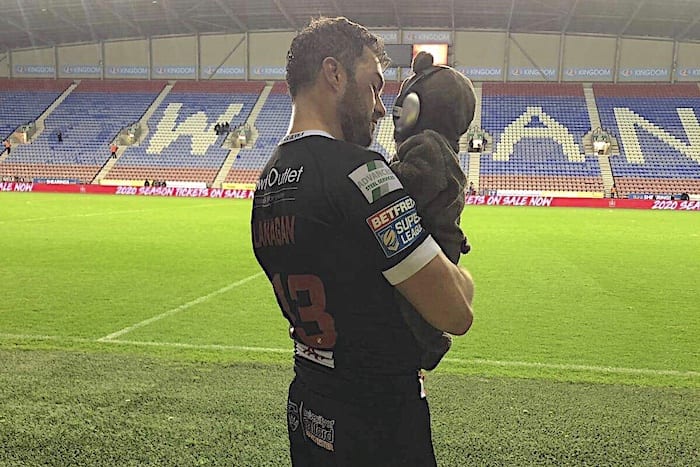 Salford Red Devils finished one off the bottom in the Super League last season. This time round, they could be champions.

“We are a team full of men who have been given a lifeline by Salford.”

They reached their first ever grand final last night with a 28-4 win over five time champions Wigan Warriors.

That’s the miracle of the Red Devils.

Salford have one of the smallest budgets in the league. Even before they played Wigan they were rank outsiders. But these are the play-offs and form can go out of the window.

Here, they were supercharged.

Wigan had won all four meetings this season but Salford worked out a way to get through. Gill Dudson’s opener made them start to believe. In the second half, Joey Lussick was under the post but facing the wall. He made a dent just enough to make the ball brush the line. Salford try. Salford joy.

“Who would have thought little old Salford would be going to the grand final?” said Salford’s Mark ‘Flash’ Flanagan holding his baby son on the field after the match.

“The turn around might appear to be drastic from last season but the same work ethic and commitment to the cause has always been there. Just a few classy players to compliment the grafters we had. We are a team full of men who have been given a lifeline by Salford. 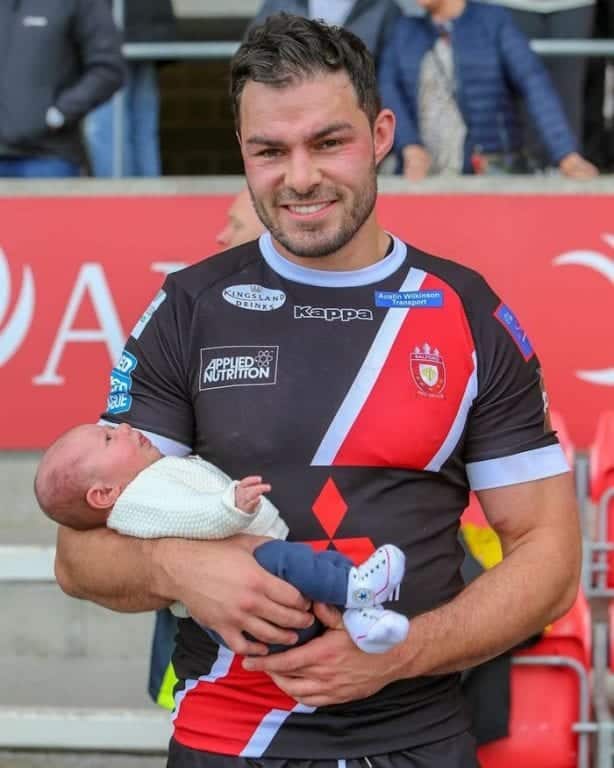 “We have been discarded by other clubs for a variety of reasons and now on a mission to prove people wrong and make history. It seems surreal that arguably the least glamorous club, who have flirted with relegation and bankruptcy numerous times, could be 80 mins away from being champions.

“Wigan beat us two weeks ago but we felt like after the game that we were our own worst enemies. We knew we would put it right last night.

“Special moment on the field with my little man.”

Next up, the grand final at Old Trafford. You can almost see it from Salford’s ground. Some may have thought they’d never get there. This time next week it will feel like home.

But for hot favourites Wigan, beaten on home turf by their near neighbours, it’s a season that’s fallen apart.

If you’re a local business and want to get involved with Salford Red Devils, they are raffling off shirt sponsorship at just £1k a pop. A fee of £1,000 + VAT will see businesses entered into a draw to have their logo displayed as the main sponsor.