Speciality coffee shop Grindsmith has completely eliminated single-use cups from its Pod store, becoming the first in the country to do so.

Following a three-month trial, which received a largely positive response, customers visiting the store in Greengate, Salford now need to bring along a reusable cup for takeaway orders, or enjoy their coffee in the shop.

Coffee cups are one of a number of single-use plastics that are causing huge damage to the environment, with an estimated 2.5 billion cups being thrown away each year. It’s something Grindsmith hopes to change, one cup at a time. 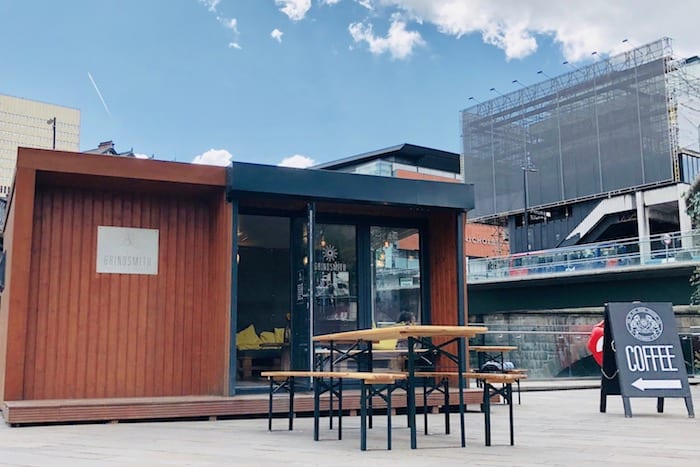 “As a business we are always trying to innovate, challenge the perceptions of the coffee industry and become more ethical in our operations,” said Grindsmith co-founder Luke Tomlinson.

“Our first small step was to start eliminating plastic straws from all stores, and it is being received positively by customers.”

Doing away with takeaway cups altogether is a brave move for a small independent shop in a busy commuter area. But it’s a risk Grindsmith thinks is worth it. And it could be the future for the city’s coffee drinkers.

Bold move by @Grindsmiths completely stopped serving takeaway cups (which even paper cups contain plastic btw). So it’s a sit down brew or take your own reusable. Brave for a small pod next to a car park of commuters. I’d call it heroic actually. Are they the first in the city?

Customers wanting a coffee to take away can purchase a Grindsmith reusable cup in-store (from £10.50), supplied by eCoffee Cup. The cups are made from bamboo, meaning that they are biodegradable at the end of their lifespan.

But you can also bring your own cup – or indeed any receptacle – to get your caffeine fix. Customers who visit the store with their own cup will receive a 25p discount on drinks – and they have vowed to fill any cup a customer brings.

“We don’t mind if it’s one of our own reusable cups, a mug from the office or the lid from a flask – we’ll put coffee into almost any vessel as long as it’s not single-use,” said co-founder Pete Gibson. 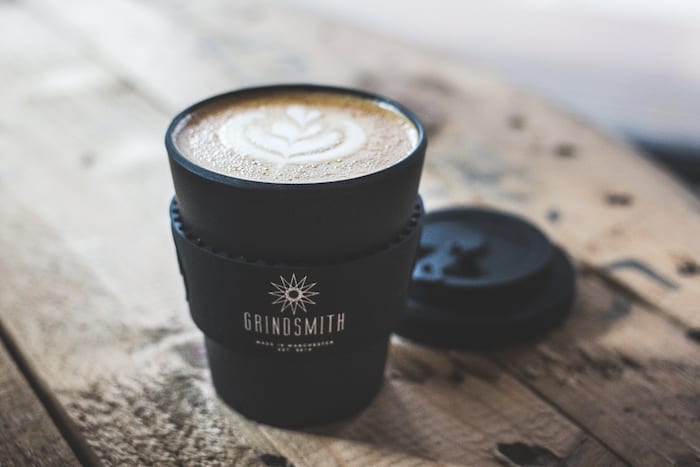 Grindsmith was founded in 2014 in the Pod store which is now located in the Greengate area. Since then the brand has expanded to a store on Deansgate and at MediaCity, with further branches opening in the coming months.

The elimination of the takeaway cups ran for an initial trial period of three months in Grindsmith’s Pod store from April this year. They have plans to roll it out across their other branches in the near future.

Other independent brands across the country, such as Boston Tea Party, have followed suit and implemented similar changes, and the Grindsmith founders hope other coffee shops will consider following their example.

“We hope that the removal of paper cups from the Pod will spur Mancunians to become more conscious in their plastic-habits and that more shops will follow suit,” said Pete.