Manchester’s night time tsar Sacha Lord appeared on Question Time in Buxton last night – and he had strong words regarding the state of public transport in the north.

Slamming the difference between transport investment in the north and the south of the country, he called the state of things up here a “disgrace” and even went so far as to say comparing the two was “like comparing The Premiership in London to the Vauxhall conference league”.

“Our metro mayors in the North Andy Burnham, Steve Rotherham on a daily basis have been complaining to the government,” said Lord.

“I know people who have lost their jobs because they’ve been waiting for these old trains to turn up, they’re cancelled, they turn up late, they’re consistently late for work and when they get on them they’re overcrowded.

“There’s a great fantastic integrated transport system in London that’s capped at £10. In Greater Manchester you can spend £20 to £30 in the daytime.

“It’s not fair, I think it’s great that we are seeing a slight sign that the government are listening to what we in Greater Manchester and Buxton and Glossop have been asking for and it’s about time. It’s long, long overdue.”

The cost of a bus far in London is actually £1.50, but his message still stands.

Lord also went on to stress that transport failings aren’t specific to train journeys, but are more generalised and called on more powers to be given to people locally.

His comments came in response to a question from audience member Jack Hadfield, who asked the panel: “Should the department of transport and the treasury shoulder the majority of the blame for the failings of Northern Rail?”. 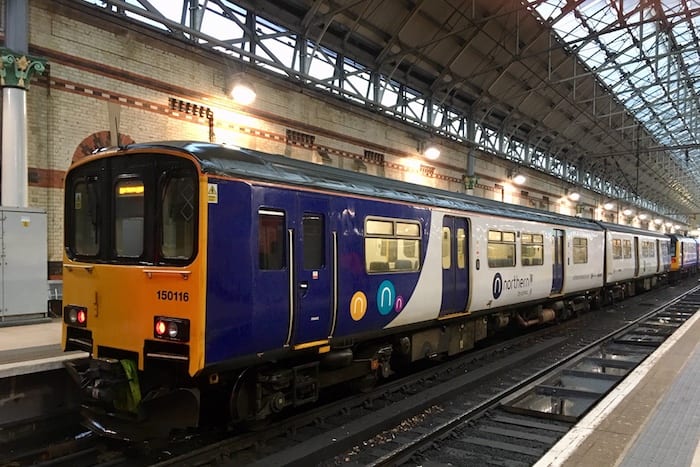 It follows the news this week that Northern Rail is being brought back under government control after years of failings that have caused misery for commuters in the North.

Transport Secretary Grant Shapps made the announcement that the network is to be brought under public control from 1st March earlier this week.

The move will, in effect, nationalise the network.

Indicating that Northern would be either taken into public ownership or offered a short-term contract, Mr Shapps said that passengers had lost trust in the company – a sentiment that was also echoed by Question Time audience members in Buxton last night.

“A disgrace is probably the polite term. The first thing I do in the morning when my alarm goes off is check which trains have been cancelled and whether I’m going to get to work on time. And that’s not a sob story it’s true,” said one.

“I agree Sacha if this was South of the border it would’ve been fixed yesterday. I think as commuters we welcome it but what’s going to happen in the next two three years now, are we going to see an immediate change or are we going to have to wait even longer for that?”.

The Northern services, previously run by Arriva Rail North, are to be transferred to Northern Trains Limited – a newly formed subsidiary of the Department for Transport’s OLR.

OLR is a public company that already manages the London North Eastern Railway franchise after rail services on the East Coast Main Line were brought back under government control in May 2018.