Rupert Sheldrake: The Man They Tried to Gag Comes to Manchester

Tickets are selling out fast for a talk in Manchester by Rupert Sheldrake... 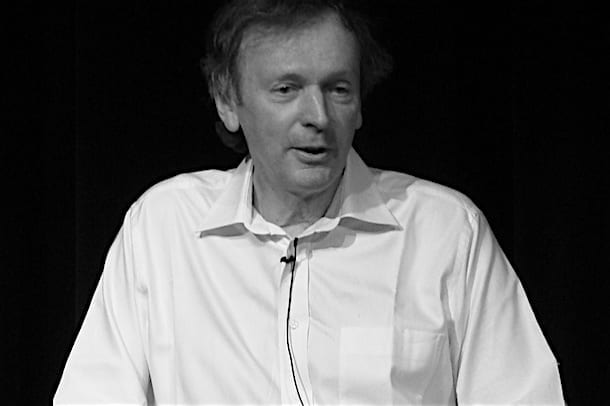 Tickets are selling out fast for a talk in Manchester by Rupert Sheldrake, the distinguished Cambridge biologist, celebrated thinker and leading critic of the scientific establishment.

What does it take to challenge some of the most cherished notions of the scientific establishment? A first class mind and top quality academic credentials certainly help. But, as Rupert Sheldrake’s experience demonstrates, it also takes a lot of courage. Courage to withstand the savage response of an establishment that does not like to be challenged.

A former research fellow of the Royal Society, Sheldrake studied natural sciences at Cambridge University where he earned a PhD in biochemistry and was awarded the university’s botany prize. He was a Frank Knox Fellow studying philosophy at Harvard University and became a fellow of Clare College, Cambridge, and director of studies in biochemistry and cell biology. He is the author of more than 80 scientific papers and ten books including The Science Delusion, Dogs That Know When Their Owners Are Coming Home And Other Unexplained Powers of Animals and The Sense of Being Stared At.

He is also a maverick, some say heretic. A man who puts forward an alternative view of life not based on scientific materialism. A man whose ideas are vehemently rejected by the mainstream, but who is not afraid to challenge scientific orthodoxy.

Sheldrake has investigated unexplained aspects of animal behaviour, including how pigeons find their way home, the telepathic abilities of dogs, cats and other animals, and the apparent abilities of animals to anticipate earthquakes and tsunamis. He subsequently studied similar phenomena in people, including the sense of being stared at, telepathy between mothers and babies, telepathy in connection with telephone calls, and premonitions.

Challenging Orthodoxy: An Evening with Rupert Sheldrake is the third in a series of talks with the theme ‘Brave Choices’ organised by Anotherway Now.

‘‘We love attending these kind of events in London, but couldn’t find anything similar in the north,” says Ettie Brisk, of Anotherway Now. We know Manchester loves to have a conversation. It feels like we’ve started something unique in the city we love.”

So whether you are fascinated by things such as crystal formation, the efficacy of Chinese medicine, the forces that trigger migrations of birds and animals over vast distances, the nature of consciousness, telepathy and other phenomena that science can’t explain, or are simply open-minded enough to take an interest in scientific investigations that go beyond the dogmas dominating so much of science today, this your chance to listen to the man whose talk at TEDxWhitechapel in 2013 was removed from the TED website after protests by militant materialist bloggers.

But you’d better be quick in case they try to ban him.

For more about Rupert Sheldrake www.sheldrake.org