At just seventeen years old, Conrad became the first Gulf War’s youngest casualty when he was killed as the result of ‘friendly fire’.

Cole, of the Royal Regiment of Fusiliers, tragically died in 1991 after a US Air Force ‘tank-buster’ jet launched an attack on a British armoured vehicle.

Now a memorial to the brave young man has been unveiled on the council estate where he grew up in tribute to his service, as a new road has been named in his honour. 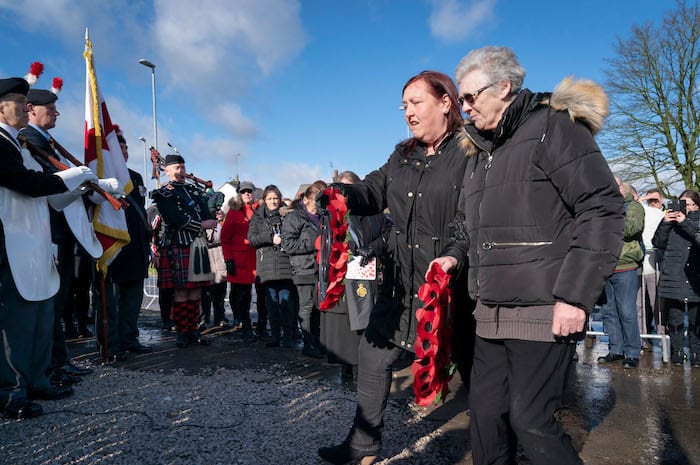 A poignant dedication ceremony on the 29th anniversary of Conrad’s death was held in Rochdale to officially name the new road in his honour.

Hundreds of people came together in Kirkholt for the special service, which officially dedicated Conrad Cole Road to the soldier.

The special memorial event was attended by Conrad’s family and friends, the Mayor of Rochdale, the Armed Forces Community, councillors and local residents. 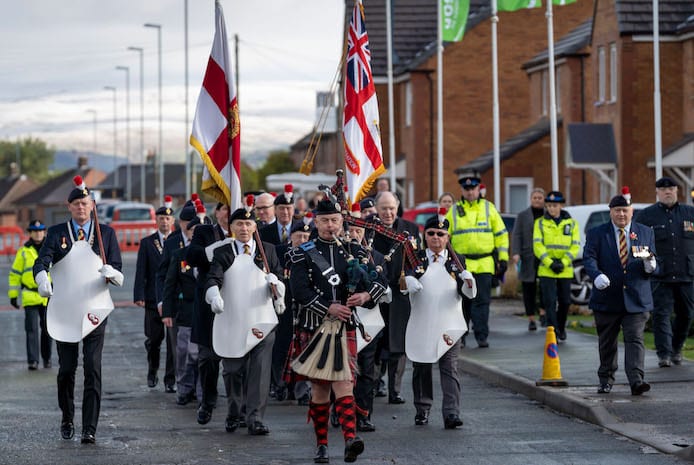 A parade to the ceremony in Conrad’s memory was given by military personnel, including Fusiliers past and present, in special tribute to Cole.

And there were moving tributes to the late soldier, with prayers led by Rev Margaret Smith, the laying of wreaths and the unveiling of the street name.

The road is located on a new development off Balderstone Road, which has been developed in partnership between Rochdale Borough Council and Gleeson Homes. 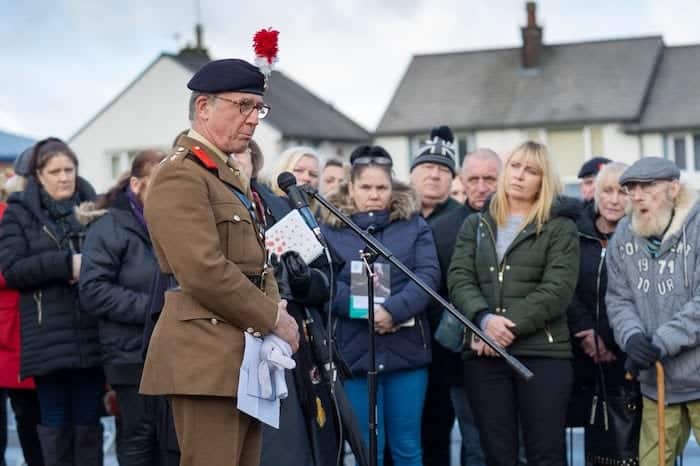 “Conrad was a young man in the prime of his life, doing a job he loved serving his country and helping to protect the values, liberty and freedoms we cherish so much,” said Councillor Janet Emsley, cabinet member for the Armed Forces.

“His loving family, his many friends and his Armed Forces comrades who gathered can be proud of his life and his legacy.”

“He will be forever remembered by his family and his many friends from Kirkholt. The naming of a new road will be a lasting tribute to a brave young man.”