The untimely death of Pete Shelley, co-founder and mostly lead singer of Buzzcocks, is very sad news for Manchester.

Let’s not forget that Buzzcocks (never The Buzzcocks) were pioneers. They were the first ostensibly local Manchester group in Year Zero: 1976. The Manchester area had not had a really local major group since The Hollies. 10cc were too internationalist in outlook. Van Der Graaf Generator were from another planet. But Buzzcocks were clearly local.

Nobody born more than five miles from Irlams o’ Th’ Height could understand anything they were singing about on that first wonderful, peerless, still awe-inspiring release, the Spiral Scratch EP, released early in 1977.

At first there were two leaders. Not just Pete, but the exotically-craniumed Howard Devoto. Pete’s real name was the more prosaic McNeish. Howard was Howard Trafford. As was the fashion in punk times, they changed their surnames, Pete choosing, I always liked to think, that of his favourite radical poet forever linked with Peterloo.

In the spring of 1976, Pete and Howard, students in Bolton, decided that what Manchester needed was a visit from the Sex Pistols. They’d never heard them. How could they have in pre-Internet days when they had no records out and had never played the north?

All they knew was that Manchester needed a kick up itself.

The gig they put on at the Free Trade Hall on 4th June 1976 changed everything. More bands formed than people attending. Buzzcocks were too nervous to play.

When Tony Wilson, flushed with excitement, went to his bosses at Granada TV to proclaim that history had been made, he was reminded that only 42 people were present.

“So what,” retorted Wilson, “How many were at The Last Supper?” “Twelve”, said the producer. “Thirteen, if you count Jesus,” Tony corrected.

At the second Pistols gig six weeks later, Buzzcocks made their debut. The name came from a throwaway line in Time Out: “Get a buzz, cock.”

Spiral Scratch became one of the most influential releases in music history. It was the template for hundreds of punk singles. It pioneered the do-it-yourself philosophy of recording. Don’t wait for a contract from CBS. Do it yourself.

The sleeve was a polaroid of the band at the Robert Peel statue in Piccadilly Gardens. They obviously chose that one to attract the attention of disc jockey John Peel (no relation). Soon they were an alternative radio staple.

When Howard Devoto left in 1977, everyone said that would be it. They were totally wrong. Buzzcocks improved. Those singles! What Do I Get? and I Don’t Mind. Manchester held its breadth for the next. Could they better that? Yes! Love You More.

Then came the big one, Ever Fallen in Love (With Someone You Shouldn’t’ve)? to give it its full title. It’s the one everyone knows, recorded not in Manchester but in Barnes, London, where Hendrix cut Are You Experienced?

When the quality slipped a little in ’79 and they ran out of teen anthems, they turned to Can for inspiration and expanded their sound.

Then like much of punk it was all over in a flash. As a mark of respect Metrolink should play E.S.P. on the hour for a whole day next week. 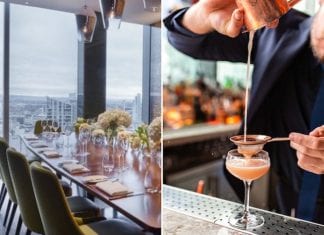