A great concept and fills a niche-taking fried chicken upmarket... 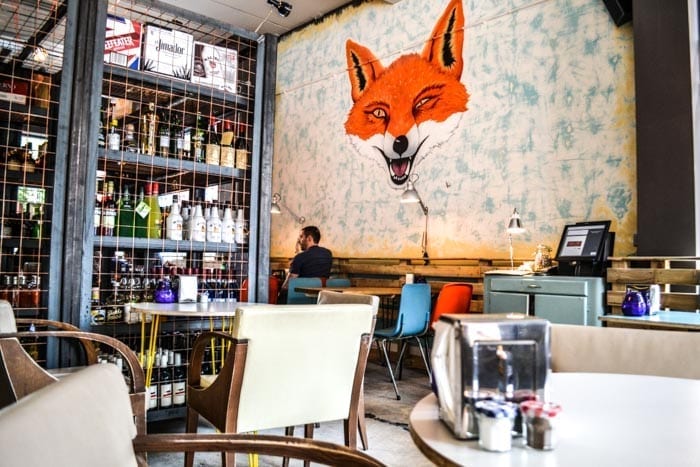 You’re never more than a few feet away from a burger in the city centre. There’s one to suit every budget, from £1 to £20. But when it comes to fried chicken, you’re hardly spoilt for choice.

Splendid Kitchen springs to mind then it’s either you-know-who or a you-know-who imitator. Identikit places with names like (insert name of US state here) Fried Chicken. There are a few dotted round the city centre but they increase in number as you head out of the city in every direction. They’re cheap, occasionally cheerful and most appealing at two o’clock in the morning after an evening of liquid refreshment. But for lunch? Thanks, but no thanks.

And this isn’t just fried chicken. This is buttermilk fried chicken with a secret recipe crumb. There are large plates and small plates and a choice of breast, thigh and wings. Monkey Balls (£6.50) sound like something you might get in a restaurant in China. But it’s not. It’s chicken, too.

When it comes to chicken we are breast men. So we ordered chicken breast Yard and Coop style in a Bourbon BBQ sauce (£6), a Fill It burger (£9), and sides of fries, slaw and onion petals.

Our food was served quickly which suggested it hadn’t been freshly cooked. It wasn’t very warm either. The breast portion was small. Maybe the thigh or wings would have been better value.

My companion described his Fill It Burger as ‘cold, flat and soggy’ and ended up with two lots of fries because he failed to notice that they come with the burger. (Our server graciously didn’t charge us for the extra fries, which made up for the fact that he had forgotten to take one of our group’s order).

The Yard and Coop Slaw (£2.50) looked appetising but lacked flavour. The onion petals were OK. The fries weren’t great but the chip shop curry sauce (50p) was the only highlight.

We didn’t have dessert because there aren’t any.

A bill of £36 for three without alcohol isn’t expensive but it’s hardly cheap. You’d struggle to pay that much in your usual fried chicken restaurant.

We wanted to like Yard and Coop. It’s a great concept and fills a niche-taking fried chicken upmarket. But we left feeling underwhelmed and disappointed. Perhaps we were expecting too much. It’s only three weeks old, so teething troubles are to be expected. We’ll be back. On a wing and a prayer.