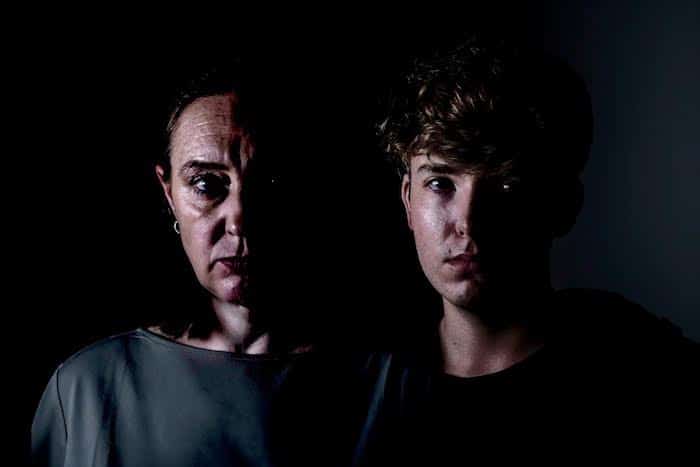 Vincent River (written by Philip Ridley) is a thrilling drama that centres around Anita (Maddy Myles) and Davey (Rory McMenanim).

Two people who seemingly have nothing in common but are forever connected.

Tension builds as they learn just how intertwined their lives have become.

Set against the backdrop of London’s East End, Vincent River is gritty and, at times, uncomfortable.

The realism with which the story is told makes it heartbreakingly accessible and all too true to life.

Despite being an extremely good play on every level, Vincent River hinges almost entirely on the performances of Rory McMenanim and Maddy Myles. Both actors are incredible in their respective roles due to the chemistry between them and the emotion they each bring to the play.

Even when in conflict on stage, the two seem to work in tandem. Every beat is hit, not a single line of dialogue forgotten.

It is clear these actors know their roles inside out and work extremely hard to execute them perfectly. This is effortless is, in no doubt, also due to the masterful direction of Dan Jarvis and Dan Ellis.

Vincent River is extremely well paced. The audience are never allowed to get too comfortable- Myles’ portrayal of grief is raw and unflinching.

The key themes of the play – shame and loss, are always looming. However, there are well placed moments of humour that contrast the heaviness of the story. The atmosphere is never so tense that it is untenable. To some extent the audience are invited in, even if they are kept at an arms length.

In spite of the story being told in fits and starts, the world of Vincent River is rich and feels fully developed.

The characters of Davey and Anita become more layered and complex as the story progresses. The dynamic between them shifting countless times in a way that makes them both feel excruciatingly human.

They exist as mirrors of each other, each representing things the other has not confronted and perhaps never will.

Anita and Davey are not the kind of characters that are there for you to root for, but by the end of the play, you cannot help it.

The dialogue is delivered at a rapid fire pace. It is a constant back and forth that is as relentless as gunfire. Beautiful lines of poetic prose and heartbreaking metaphors are spoken among colloquialisms and the audience was rapt.

Both the set design (Eleanor Ferguson) and the lighting (designed by Ellen Butterworth-Evans) are integral to how grounded the show feels.

These factors immediately flesh out the world of Vincent River before the play even begins.

This production is steeped in symbolism and everything is so clearly intentional. Nothing has been overlooked,  even the detritus around the edge of the stage links to the story in a key way.

The set manages to feel industrial, urban and unfeeling while also being intimate and homely.

It is lived in but sterile when the story requires it. Every element seems to contradict itself but it creates the perfect environment for these characters to inhabit.

The lighting was also extremely clever because it was subtle but had a massive impact.

It helps to illustrate changes in the characters  and their emotions as the story progresses, foreshadowing mood changes before the audience can catch up.

From the amber glow of a lamppost in the evening, to the crimson colour of blood, the lighting said so much and seems to underline everything the actors do.

Another interesting thing about Vincent River is how timeless it is, there is nothing that definitively dates it. This story could be  taking place at any point in the last two decades. This illustrates the relevance of the subject matter and allows the audience to reach their own conclusions and find their own meaning.

It is a play that commands attention as it deftly explores themes of homophobia, toxic masculinity and grief.

It reflects the darker parts of humanity back to the audience and reminds us of just how much work there is left to do.

Vincent River is at the Hope Mill Theatre until 19th October and tickets can be booked HERE.